A deaf dog has found his forever companion: A teen with hearing loss​

All kids should have a dog.
It will make them more compassionate adults.

Its nice to see a good news story. Our media outlets need to tell more stories like this.

Saw a show where they were concerned about finding a home for a kitten with a slightly deformed eye and nose.

An autistic/down syndrome boy saw her and immediately wanted her "because she looks like me".

Kind of tearing up just thinking about that.

Oh, here's Walker and Dave from the article. 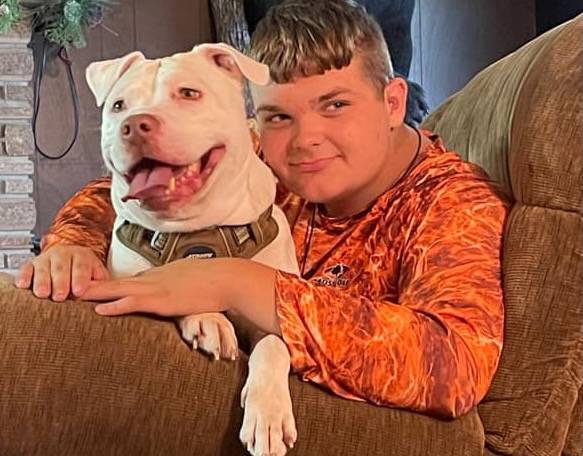 Great story, someone posted that yesterday or the day before

still a good read
You must log in or register to reply here.

I was watching a commercial for Fast and Furious 10.

Checking for allergies on a horse.