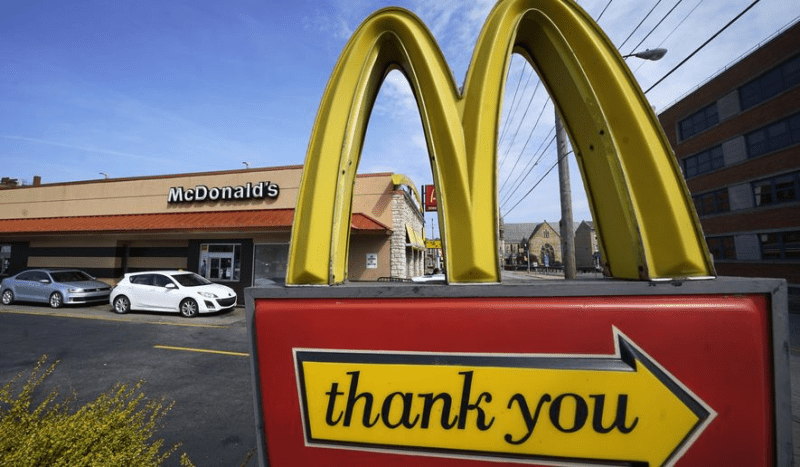 Beyond Meat’s sales have fizzled rather than sizzled after fast-food trials of its product had customers asking, “Where’s the beef?”

McDonald’s is the latest fast-food giant to complete a trial of a Beyond Meat plant-based product (the McPlant burger).

Mr. Goldman, who spoke with employees at 25 McDonald’s locations, wrote that “Not surprisingly, the reason sometimes being cited is that the product did not sell well enough” and that the product was “McDone” in the U.S., according to The Fly, a financial news site.

Other trials at Panda Express and Yum! Brands (KFC, Taco Bell, and Pizza Hut) have also ended without a subsequent product launch. Beyond Meat products at Dunkin’, Hardee’s, and A&W have been discontinued after launching.

Beyond Meat cut 40 jobs Wednesday in an effort to save money before it burns through all of its remaining cash. In 2022, its stocks have fallen by almost 50% and fell by a similar amount in 2021.

In a research note cited by Bloomberg, David Trainer of the investment research firm New Constructs wrote, “Beyond Meat has failed to generate any positive free cash flow since going public in 2019.”

Mr. Trainer also told Bloomberg that the layoffs could help, but that “the proof is yet to be seen until we can see how much they can slow the burn.”

Mac's should hire those employees so I don't have to wait for my coffee at the drive-thru..

I hope they lost their asses on it too

Maybe these marketing geniuses should read up on history first,
New Coke, circa 1985

Haven’t eaten at Mickey D’s in years, but every once in a while I’ll see a sign out that says the McRib is back. Seems like it was market tested about 40 years ago and went away, then came back and then went away again. Not a fan.

That fake meat crap is full of saturated fats to give it flavor.
I went to Hardee’s for lunch and they “accidentally” gave me one of those beyond meat burgers instead of my angus burger. I bit into it and thought it was a raw meat so I took it to the counter and said they forgot to cook the meat. They said they messed up and it was one of those fake burgers and I said it was nasty and they said that’s what everyone that got one tells them.
S

I don't eat out much and forgot I wanted to try one. I'll throw away $7 just to say I tried one. I would expect that Burger King's flame would yield the best results. Living where beef is produced, plant based food is less objectionable. I meet my steaks in person, but the other side is: there is a fast food feedlot with 1,000 head about an hour away. Name withheld, as I don't need any clowns (hint) harassing me. Next time I go by, I'll get a photo of them packed into a few acres and standing knee deep in liquid ****. The smell is not good.
On the other hand... A Prime slow cooked in a convection oven for hours until the center still bleeds, New York Strip on the BBQ grille with caramelized fat, Loin with salt and spices rubbed into it, aged in the frig and slow cooked on a spit, burgers and beers on the 4th, I love beef. Even better is Moose. Elk is pretty good, but a young cow Moose is the best of them all.
From the right kitchen, you would never say you missed meat. Eggplant, coated in spiced flour and stir fried with your favorite oil... You won't be missing meat while you eat that. Pressure cooked Artichoke dipped in butter? mmmmmm
Sometimes I'll have a craving and make a Veggie Pizza with Zucchini, Asparagus tips, Tomato slices, and whatever is around. I have never wished there was a NY Strip with it.
Now I'm hungry, I wonder if the Deer left me any Zucchini. They are greedy, giant rats. Then they look at you innocently with those eyes.

Once and a while I have to have a big Mac

Those McRibs were fake with its ribs which was Grissel made to simulate the ribs. Nasty stuff!!! I on rare occasions will hit MickeyD's for a couple of Breakfast Burritos/no sauce or a couple of Sausage Buscuits when I am on the road or out early say for an appointment. Other than that, I don't do fast food hardly at all as most of it isn't fit for human consumption...cr8crshr/Bill

I have been on a strictly plant based diet for over six years now due to heart disease and arterial blockage. I was excited to try the Beyond products until I had a look at the fat content, which is nearly what a real beef burger would be.
If your personal health allows you to eat whatever you fancy, then I couldn't blame anyone for bypassing the Beyond Meat lineup, other than the novelty or possibly the ethical aspects to some, why bother?

we are carnivores meat eaters !

snakeyes said:
we are carnivores meat eaters !
Click to expand...

I keep telling Submit to eat the meat, but she just gives me a dirty look.

Richard Cranium said:
I keep telling Submit to eat the meat, but she just gives me a dirty look.
Click to expand...

Well, she can't have any pudding if she doesn't eat her meat. 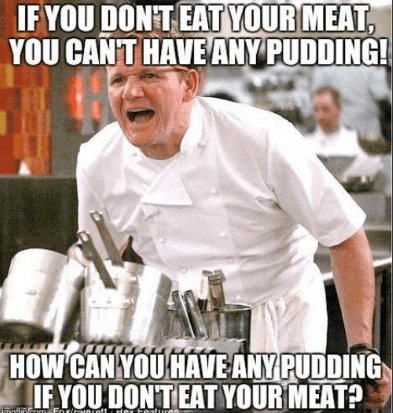 wahya said:
Haven’t eaten at Mickey D’s in years, but every once in a while I’ll see a sign out that says the McRib is back. Seems like it was market tested about 40 years ago and went away, then came back and then went away again. Not a fan.
Click to expand...

Think about it. Ground up scraps glued together with black stripes painted on using food coloring. What could go wrong?

Glad all that garbage is tanking. Have not tried - don’t care to. It’s for the fake woke crowd - hopefully they disappear too and we get back to the business of being America! 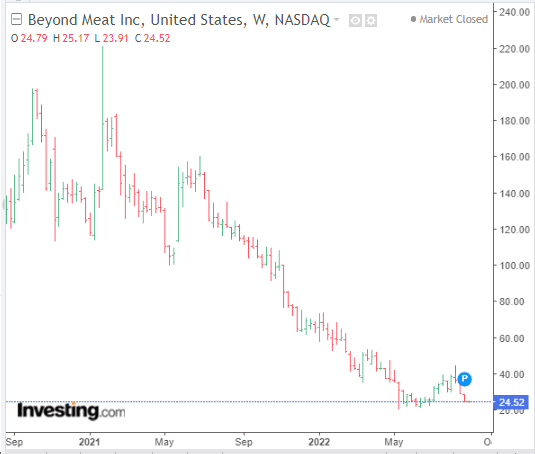 Is the future of meat products, not meat at all?
2