So, as soon as you say "coupe" it assumes 2 doors and a sloping rear. Sedan just suggests a trunk. Based on this, no runner is a coupe, all are types of sedans. You either have a 2 door hardtop sedan or a 2 door sedan.

Not to me. Show me any piece of documentation, advertising, order, description, or whatever where any car company listed a hardtop sedan. A hardtop has no B-pillar, sedans do.
I really like the list that beanhead showed.
Last edited: Apr 16, 2019

All of this confusion is caused by year ones confusing sales listing. A sedan has a post, a hardtop doesn't, a coupe can be either.
If year one had pulled their head out, and called them post sedan or hardtop, this thread need not have happened.

Mike Szadaj said:
Not to me. Show me any piece of documentation, advertising, order, description, or whatever where any car company listed a hardtop sedan. A hardtop has no B-pillar, sedans do.
I really like the list that beanhead showed.
Click to expand...

Multiple references to Hardtop Sedan. Hardtop was originally used to define a convertible with a hard roof and over time its been changed.

It is clear the automobile manufacturers messed this up, but if the definitions are taken at face value from the dictionary, there is a 4 door hardtop sedan.

Not a car company.

The Wikipedia definition contradicts itself, as it first gives as a definition of a sedan as a car with a B pillar, then later talks about a hardtop sedan which has no B pillar.

I realize this is a discussion that has no resolution, but I still say a majority of car people would agree that B pillar = sedan and no B pillar = hardtop.

Always so confusing. I have always called them a post car or a hard top car. Of course, unless it is a drop top....

My father's first car was a 1933 Plymouth Business Coupe.
I have the bill of sale from when it was bought that names it as such.
I guess that sort of shoots down the whole sloping rear and maybe even the no post thing since it has post.
Were the rear windows fixed?

I'll might check my titles as it seems that some of my newer hardtop cars are listed as coupes.
But they have sloping roofs.

The Wikipedia definition contradicts itself, as it first gives as a definition of a sedan as a car with a B pillar, then later talks about a hardtop sedan which has no B pillar.

I realize this is a discussion that has no resolution, but I still say a majority of car people would agree that B pillar = sedan and no B pillar = hardtop.
Click to expand...

What a stickler!! But I am here to oblige...

From Buick ORIGINAL Literature. From an ACTUAL car company.

Buick has tons of examples.

Right off the bat I want to says kudos, RGAZ, to you for your research. You took up my challenge and seem to have found evidence of Buick using hardtop sedan as a designation.
Now let's get back to stickling. First of all it is very hard (to me) to figure out on this website what was written by Buick, and what was written by the website. If you go into the owners manual and look at the page that shows "Models, wheelbases and lengths" the normal and unambiguous model designations are used, no mention of a hardtop coupe or sedan. Same thing if you look into the Chassis Service Manual. These seem to me what would be the, shall we say, official designations used by GM. Why would the hardtop sedan designation be used in ads, but not on the paperwork that the actual assembly and sales were tied to? The answer of course is that ads are meant to attract and sell, and not state actual, boring nomenclature. As I said before, when the rubber hits the road, and unambiguous designations are required, the body style names that are almost exclusively used are the ones in the owners guide and service manual. As a child we went to Boston, and while there I was asked if I would like a tonic. I said no as I thought that meant medicine! Come to find out that's what they called pop. So while some people in the northeast knew that tonic meant pop, I would venture to say the majority of the US wouldn't have. The people in Boston must have been aware of the name pop, as it was used extensively in nationwide advertising. So how do you reconcile the fact that to a small part of the population pop is tonic? To them they are correct. Do you go by majority rules? Do you go by definition? Do you go by region? I don't know, but we seem to have hit on all of these during this thread. These are all my opinions, and we all know what they say about opinions.

On a completely different note, I am into vintage tube and transistor radios. In the 1959 owners manual they show one of the coolest options in that arena. A transistor radio stored in the glove box. This radio was the heart of the car's radio, and was controlled by the in dash radio controls while in the car's holder. When taken out, it was operated by battery, and while out the in dash radio was inoperable. Buick called it Auto-Portable, Olds called it Trans-Portable, and Pontiac called it Sportable. Great stuff.

2 door hard top or post car. 2 door, or 4 door. They're all sedans, muscle cars to me have always been sedans with power, 2 or 4 door.

Pony cars are pony cars, they're all cool and hot rods to an extent...

Ok so, is a convertible a hardtop sedan?

beanhead said:
Sedan is post car. Coupe is a Ford

There you have it! 3 window or 5 window?

Uh-oh. This is from the Mopar 1972 Plymouth Chassis Manual and it does not agree with your summary post. Note, no use of the word "coupe" or "post". Just 2 door sedan and they did not have frames around the windows (at least my Duster does not). The 69 Plymouth manual below matches. 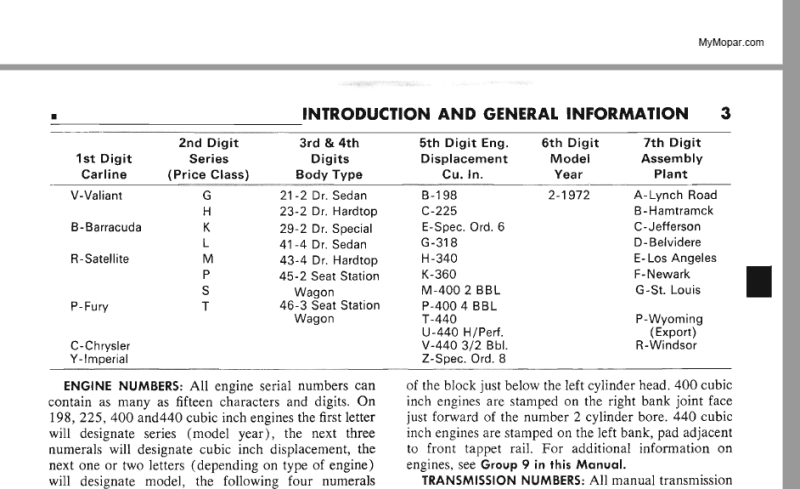 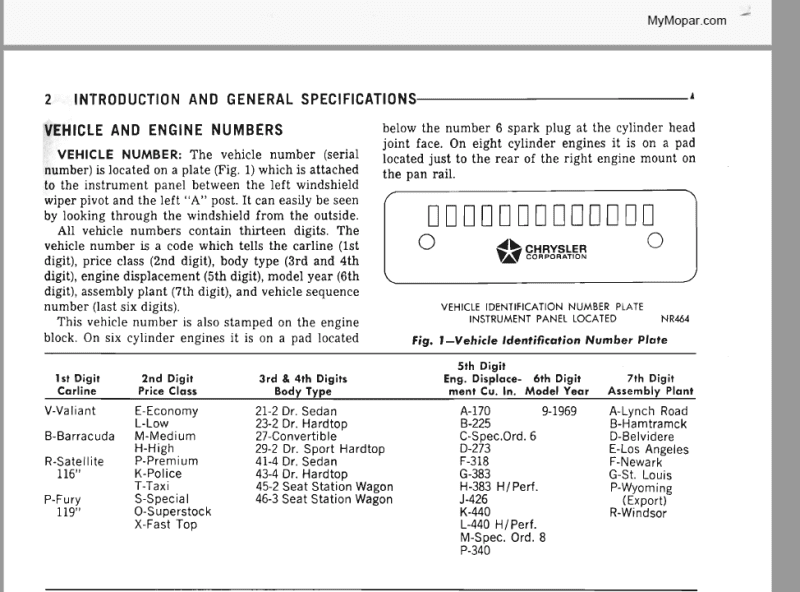 So, back to what I said, for Mopar. 2 door Sedan or 2 door hardtop. Coupe is for Fords. 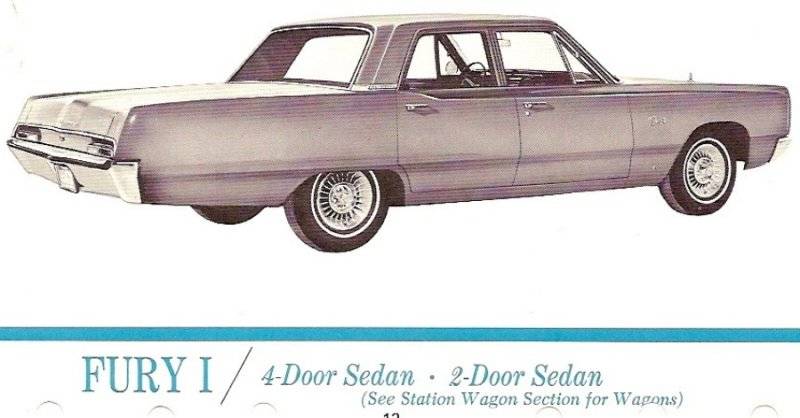 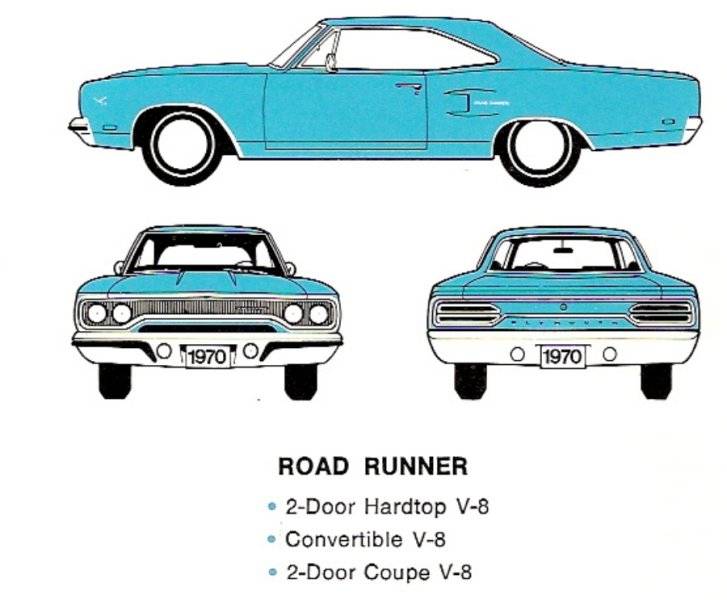 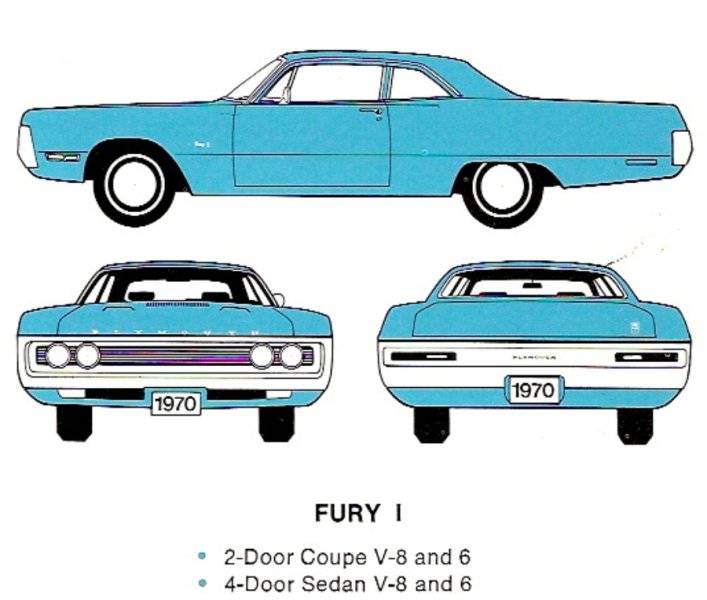