Do you remember when we got to hit old cars with a sledgehammer?

It was a popular fundraising activity. For like $1 you got to swing a sledge at an old car. I remember we were hammering away on an old 59 Chevy in 1975 at my high school. What was that called? I know that type of fundraiser had a name.

I remember beating up a datsun 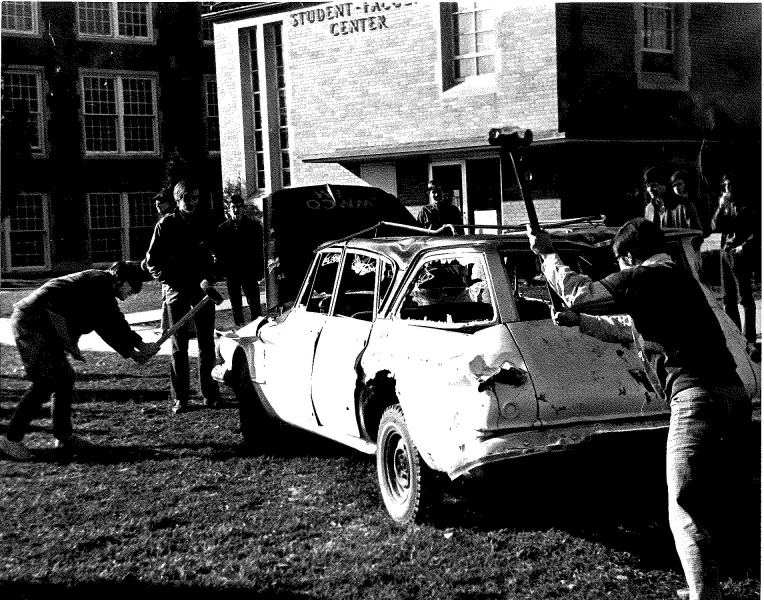 I do remember it. And it seems like it's still going on. https://www.bing.com/images/search?...aiser&form=HDRSC3&first=1&tsc=ImageHoverTitle

I did a Suzuki one time.

dual fours said:
I did a Suzuki one time.

Well, their tail pipes are a lot smaller in
diameter. My only hope is that you took
the necessary precautions......

Had a Datsun once, wouldn't stand on it though, you and the sledgehammer would fall through due to the rusting body. 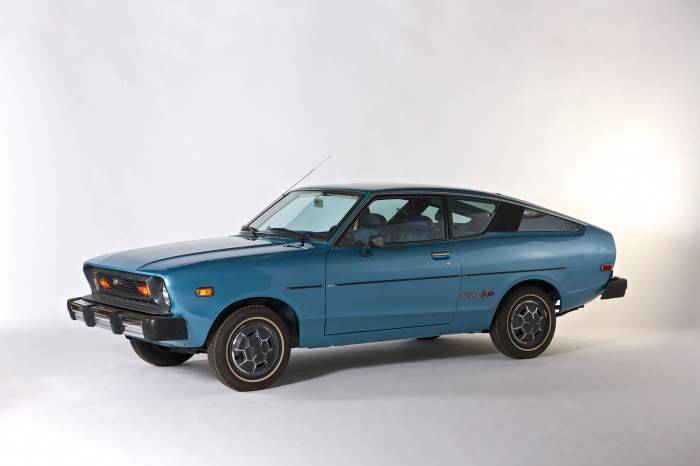 JDmac72chrgr said:
Had a Datsun once, wouldn't stand on it though, you and the sledgehammer would fall through due to the rusting body.

I worked in a Auto salvage yard back in the 70's. We torched, beat and cut what ever we had to, to get the parts we needed to sell.
First Pinto I had to remove the engine from caught fire when I torched off the nose, didn't know the inner fenders were plastic
R

Old farmer nearby where I grew up, had a field of junked cars, maybe 40 of them. Most were from the 30's-40's, well this was in the mid-60's. Couple buds and I would go sifting through them just for something to do. He had a couple of hounds he'd release when he got wind of anyone back in the field running out with his shotgun. We learned to run - fast.

We had car bashes at our high school in the '70s. I remember we hammered a '52 Chevy four-door sedan to a pulp, but it was made easier by the rust-weakened sheet metal One swing at any glass for a buck, or three hits to the body.

My former brother in was a musician in a fairly popular band from Rhode Island, they played all over the east coast. He said that they played a show at an outdoor venue where they were having a fair in Miami Florida. He said that there was a car like mine at the fair,and was telling my sister in law all about the nice Charger like mine that was parked in the middle of the fair. He called back later and said they were charging a dollar a wack to beat the Charger with a sludge hammer! He said that it was so completely destroyed by the end of the night he couldn't even tell what kind of car it used to be.

I also saw a guy at the Mopar Nationals back in 2007,who had three Chargers that were complete cars,a 68 Charger R/T, a 69 Charger R/T SE 4 speed car,and a 70 Charger R/T clone the was an L code 383 car. He let everybody strip off all the parts on them and hack them up with a Sawzall until they were just rolling carcuses! They were all buildable cars. The only thing that wasn't for sale was the Dana 60 from the 4 speed 69 Charger R/T SE!

I've done a few... they were called Demo Derbies. A lot more fun than a sledge hammer!
You must log in or register to reply here.

Do you have a "nose" for sniffing out cars?
2

Women that you dated and the red flags that you DIDN'T spot until after the fact! The saga of the 15 year old!
2 3