A Georgia police department is in hot water over the purchase of a Hellcat muscle car. 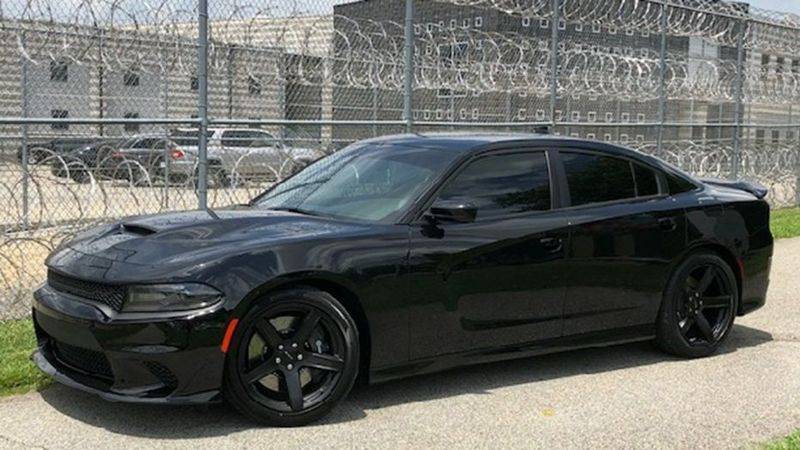 Fox 5 reports that the U.S. Department of Justice has asked the Gwinnett County Sheriff’s Office to pay back $69,258 that it received from a federal program that distributes seized drug money to law enforcement agencies, which was used to buy the 707 hp Dodge Charger Hellcat in May.

"We have not yet responded to that letter and we're examining all our options," department spokesperson Shannon Volkodav told Fox 5.

The Charger is a popular vehicle among law enforcement agencies, but Dodge does not make a Special Service model with the Hellcat's 6.2-liter supercharged V8 engine for this purpose. The Hellcat boasts a top speed of 204 mph.

The black sedan is being used as Gwinnett County Sheriff Butch Conway’s official car, which the DOJ said differed from the use stated in the application for the funds as an “undercover/covert operations” vehicle.

The federal agency described it as an “extravagant expenditure,” which is not allowed under the program.

The department has also used the car to promote a “Beat the Heat” community outreach program, where citizens get to race against police officers on drag strips and are taught about the dangers of street racing and distracted driving.

Volkodav said that there was no intention of misleading the DOJ and that the language used in the letter was essentially boilerplate for any vehicle assigned to the department’s special investigative services division.

"Staff is working with the Sheriff’s Office to respond to the Department of Justice regarding the vehicle purchase. We are committed to resolving the matter quickly and will be adding review points in our process for equipment purchased with asset forfeiture funds to make sure we comply with guidelines set forth by the Department of Justice," Gwinnett County Administrator Glenn Stephens told Fox 5.

Georgia Ethics Watchdog's Director William Perry told the Atlanta Journal-Constitutionthat the program money should be “treated the same way as a dollar coming out of a taxpayer’s pocket.”

Until the matter is resolved, the Sheriff’s Office has been cut off from the DOJ's seized asset reallocation program.

BAD *** is the first thing that comes to mind.

I don't see the problem.

whats the problem there always wasting our money

Will see it next time at Carlisle for sale.

Could have spent that money on hookers and drugs nothing would have been said, providing the right people got taken care of .

It was probably a Lesbian that pulled the pin on the purchase.