How can PST help a sick Super Bee?

I have a 1971 Super Bee 383 that can't get out of its own way. I've already put a Borgeson gearbox in it and would like to be able to actually drive the car one day. It has factory .90 inch torsion bars and leaf springs (both have 4.5 leaves). Are your 1.03 bars going to be too thick and a mismatch for my stock leaf springs?

When I push up and down on the passenger side of the car I hear a noise, that I don't hear from the driver side when doing the same over there. Previous owner thought maybe it was a strut rod bushing on the passenger side, making the noise. Entire front suspension of the car was rebuilt within the past 20 to 25 years I can tell that much.. I doubt that included the torsion bars though.

Here are some photos. I'm also worried that the 1.03" bar will not clear the Automatic column shift linkage bar that runs perpendicular right above the torsion bar on driver side. When examining the existing driver torsion bar, it looks like there is some evidence of rubbing on the shifter linkage bar that runs above it. I've included some photos of the patient. Gotta love those leaky drum brake wheel cylinders.. Like I said it ain't going anywhere anytime soon.

I'd fix the wheel cylinders and drive it. Uneven bar adjusters are not unusual. Plenty of room for the 1.03" bars, they're only .095" closer. I'd just tweek the shift linkage a bit.

In my opinion, one of the most overlooked areas on these old muscle cars is the front suspension. People restore these cars with bodywork, paint, engine, trans, etc. and then do very little with the front suspension, often not replacing suspect parts because they are not very exciting to brag about.

If you really want the car to handle and drive really nicely, I recommend you take the plunge and rebuild the entire front suspension. Yes, it's a pain in the arse. But I was amazed how nicely my 70 Road Runner handled after I replaced all wearable items on my front suspension. I also got new upper control arms with revised geometry and I boxed in my lower control arms. Finally, I added a sector support kit. All these things made it handle like a dream. If you need new torsion bars, why are you moving to a larger set? Work with the guys from PST or another reputable vendor that understands what you want from the front end and get the parts you need.

Good luck whatever you decide.

Installing our 1.03 torsion bars should not be an issue on your vehicle. There would be no clearance issues. From what you describing is that the suspension is worn. I would go through the front end and specifically look at the upper and lower control arm bushings. Many times the noises that you heard in the front end are from badly worn, dry rotted and split lower control arm bushings.

Please check those and report back.

Thanks
James From
PST

Lower Control Arm bushings are likely metal to metal on the bottom.
They are one of the more difficult things to replace.

How and why is this so bad? 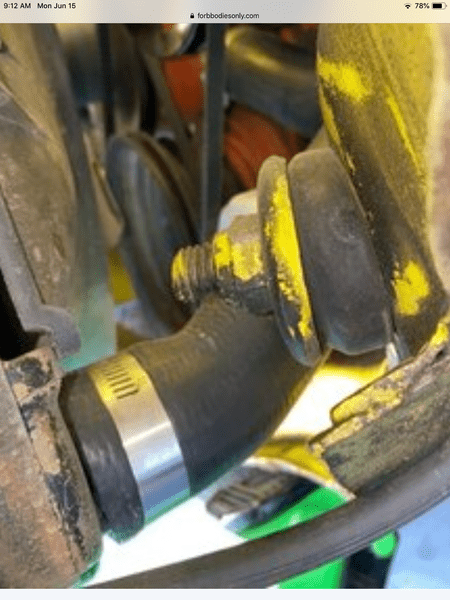 moparsaver said:
How and why is this so bad?
View attachment 963528
Click to expand...

That has to be an optical illusion, it looks like the strut rod is hitting the hose but there's about 3" of separation normally...

1 Wild R/T said:
That has to be an optical illusion, it looks like the strut rod is hitting the hose but there's about 3" of separation normally...
Click to expand...

You’re correct...Normally. You see what I’m saying though. Hopefully an optical illusion

Demonic said:
I'd fix the wheel cylinders and drive it.
Click to expand...

That's probably what I'm going to do. I started this thread because I'm wondering if the passenger torsion bar is older and more fatigued than the driver bar.

I already showed photos of the lower control arm bushings in another thread a while ago. Dirty Harry "Cranky", who has been banned, said to just keep an eye on the driver side bushing, should be ok as long as the shaft stays centered inside the bushing, which it has. The passenger side bushing, which looks perfectly fine to me, is on the side that makes the noise. The side I'm supposed to keep an eye on is quiet, makes no noises.

I'm not replacing any lower control arm bushings in this heat.. That is going to have to wait, until it cools off, which means waiting till the fall. When I take the car to get an alignment, if they have issues getting it aligned, then I'll consider trying to replace control arm bushings or leave it parked in the garage, until fall.

Front tires, that have been on the car for 20 years, show even wear, so the front end isn't a total disaster area.. Was just sitting 1/2" lower on passenger side when I bought it and some noise on the passenger side, that can't be heard when the engine is running.

I showed photos of the strut rod bushings, because the previous owner thought maybe the noise on the passenger side was coming from the strut rod bushing on that side. But it doesn't look bad to me.. Trust me there is plenty of space between that bushing and the lower radiator hose, that photo is just an illusion.

PST said:
Installing our 1.03 torsion bars should not be an issue on your vehicle. There would be no clearance issues. From what you describing is that the suspension is worn. I would go through the front end and specifically look at the upper and lower control arm bushings. Many times the noises that you heard in the front end are from badly worn, dry rotted and split lower control arm bushings.

Please check those and report back.

Is 1.03 the ONLY diameter torsion bars you offer in 41" length for a B-Body? Don't you have .92 (Hemi bars) or .96? I was primarily asking about 1.03 because that is all I saw on your website, and most people on the forum that have bought PST bars seem to have bought the 1.03 bars.

These cars were known for being stiffly sprung at the rear and softly sprung up front. The 1.03 bars are a great choice. There were no factory .96 bars, only aftermarket.
If you want the car to ride more like a newer car, any bar under 1.0 is going to feel too soft. Standards have changed. Back when these cars were new, overboosted power steering and a soft ride was common. Nowadays, many prefer a firmer feel of the steering and a firmer ride. I have 1.15 bars in my car and it rides very much like our 2015 Challenger. 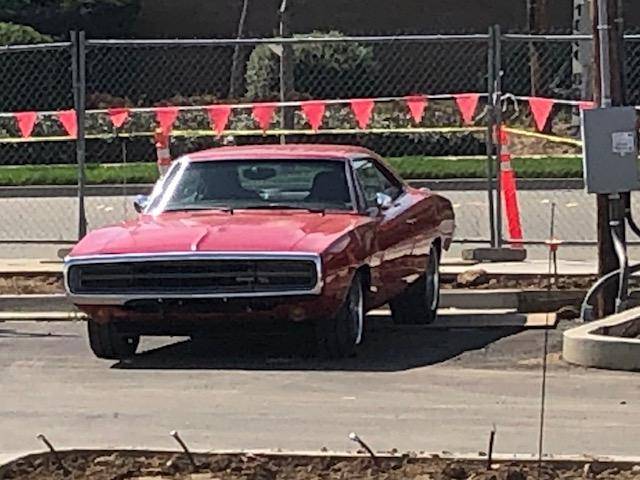 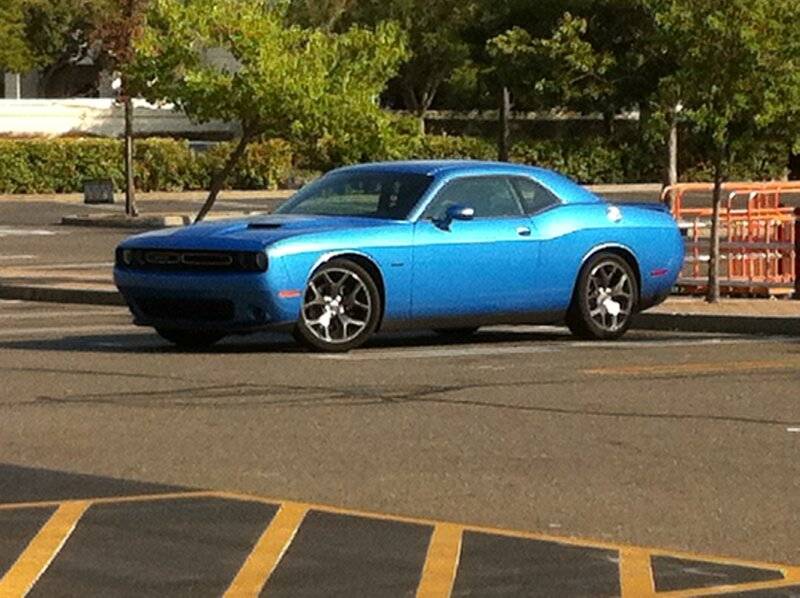 Thanks
James From
PST
You must log in or register to reply here.