How to clean gear oil on inside of tire

I replaced the inner axle seals on my coronets 8-3/4 rear ended this weekend. When I restored the entire rear end assembly last year I changed them but did not know I had a bad vent on the axle housing. Causing the damage to the seals. I replaced the vent about two months ago but the damage to the inner seals had already been done I think. I made sure the new seals went in properly with a seal driver and seated against the lip. I also took care that the axles did not damage the new seals when inserting into the housing. I even heard a slight hissing sound when I pushed the axles all the way in. Would this be air Venting out from the breather cap?

WD-40 will break it down and cleans well. Also at the 99 cent store there is a product called
Totally Awesome that really cuts grease. I use it for many cleaning jobs.

Huicho417 said:
Would this be air Venting out from the breather cap?
Click to expand...

Possible, I have noticed the same on many axle jobs . As long as your vent is clean you should be ok.

X2 on the product at Dollar General stores. "L.A.s Totally Awesome". Its a water based degreaser that works really well. Plus it's cheap. 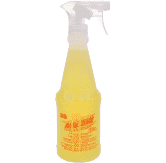 Well… I purchased the totally awesome product and it did remove most of the gear oil from the tires. I did have to clean them several times. Which leads me to think that this grease was still from the previous axle seal leak.

Also, when I removed the tires I left the car on jacks overnight with a small cardboard under the rotors. I have been checking it and se no signs of leaks

Thank you for the recommendation on the dollar general product.
You must log in or register to reply here.