Just bought a plasma cutter for $150. Cuts like crazy up to 1 inch. I am on the computer a lot, so I frequently pop over to CL and search. The way I search is with nothing in the Search Box and hit return. Then I go to Newest First. This reveals almost everything for sale, the newest being only minutes old. I scroll until I see something from the last time I was there.

The Plasma Cutter ad was 13 minutes old. I called, said I would be right there. 15 minutes later, I was loading it. 15 minutes after that, I was home and the listing was already gone. So in less than an hour, something was listed, sold, and removed. Makes me wonder how many things sell just like that and a guy would never know.

Saw a '69 Nova ad less than an hour old. New 505 BB, 5 speed, 12 bolt, all body repair done, lots of new parts, but a basket case needing paint for $5,000. I looked at it and moved on, not a Mopar. It stuck in my head, might not be a Mopar, but it was way under the money, a new BB with receipts alone is worth the asking price. Something to flip. So I went back and it was gone. I asked a couple friends if they saw it... nope.

Been on CL some but not so much lately but got my 96 Dakota off of there. Nice truck with COLD ac. It was on there for awhile though but the guy was asking too much for it but went out there and got it for a reasonable price. Here lately I've been selling stuff on FB and some of the stuff I've put on there surprised me on how fast it went. Had some used fencing and got a bunch of hits on it and sold it shortly after listing it for 50 bucks. Had 15 6' used 4x4 posts with it but the guy didn't want them so, 25 bucks on FB and boom. Too cheap maybe? About a month ago a neighbor put a metal king size head and foot board with metal frame out on the street and I grabbed it for scrap but stuck it on FB and got some hits on it and sold it for 35 bucks. Probably could have got more for it lol

Good score but one word comes to mind. STOLEN!
I

It came from a shop that moved and bought all new equipment. They probably had it depreciated down to nothing.
Don't have a photo and it's at a friend's ranch. We are putting together a 48" Bell Sawmill on a 1700 IH truck frame. Here's some 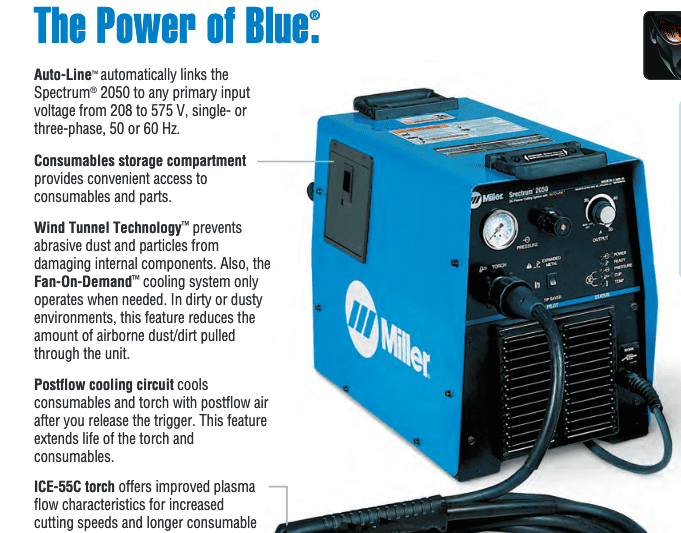 factory info:
You must log in or register to reply here.

My Son Just Bought a Mopar

Looking to purchase a plasma cutter.
2