A Montana woman who shot and skinned a Siberian husky she mistook for a wolf on a hunting trip, and then posted the gruesome pictures on social media, has sparked public outrage – and a police investigation.

Amber Rose Barnes, 36, of Martin City, faced swift backlash after she bragged about the kill on Facebook.

"So this morning I set out for a solo predator hunt for a fall black bear however I got the opportunity to take another predator wolf pup 2022 was a great feeling to text my man and say I just smoked a wolf pup #firstworld #onelesspredatorMT," she wrote above five photos of her posing with the bloodied pooch.


In one picture, the skinned husky is sprawled out on her flatbed truck as she smiles broadly, stroking the pup's lifeless head with her right hand and clutching her rifle with her left. 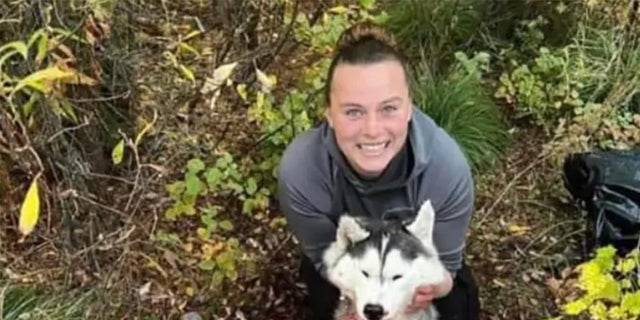 Hunter Amanda Rose Barnes bragged on Facebook about shooting a wolf pup – but outraged users pointed out that her prey was a Siberian husky. (Facebook)

It didn’t take long for readers to respond to the shocking blunder and inform Barnes that she had bagged man's best friend – not a wolf.
"Amber Rose here hunted, shot, AND SKINNED a HUSKY.. not a wolf, an obvious #HUSKY," an irate Twitter user pointed out.
One critic dubbed her the "Montana dog butcher" and another called her a "psychopath." 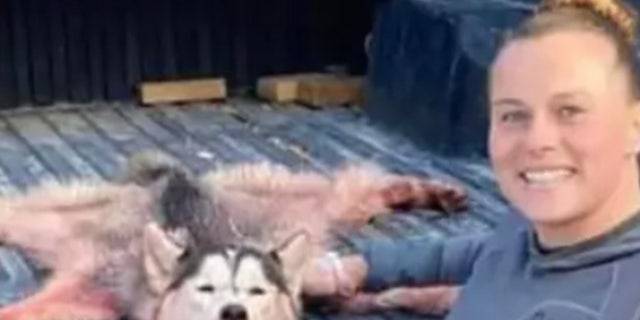 Montana hunter Amanda Rose Barnes poses with a Siberian husky she shot and skinned after she mistook the pup for a wolf. (Facebook)

The Flathead County Sheriff’s Office issued a press release stating that on Sept. 23 a local had picked up 11 husky and shepherd mix dogs that had been abandoned in the Doris Creek area of Flathead National Forest about 60 miles south of Glacier National Park – the same area where Barnes was hunting.
Animal Control later located more dogs in the area. 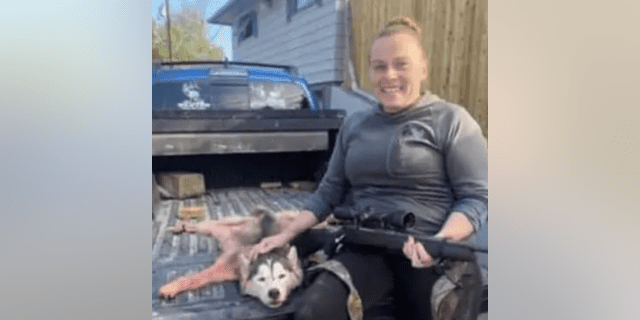 "During this investigation, we were advised through Montana Fish Wildlife and Parks that one of the dogs may have been shot," the release says. "The person who is believed to have shot the dog has been identified. The case is under investigation."
But in a subsequent Facebook post, Barnes dug in and insisted she acted in self-defense. 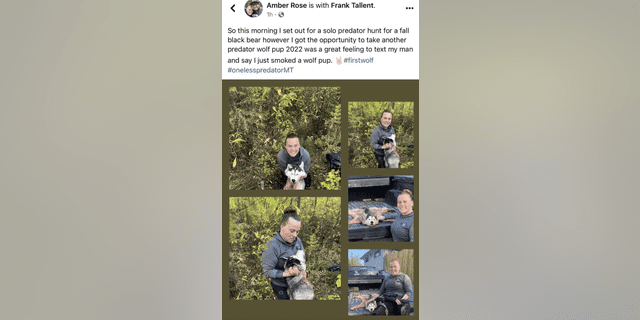 Amanda Rose Barnes posted five gruesome photos of her posing with a dead Siberian husky she mistook for a wolf. (Facebook)

"This animal was growling howling and coming at me like it was going to eat me," she wrote. "Yes, I made a mistake because I did think it was a hybrid wolf pup but I was not aware of a [sic] 19 dogs being dropped 11 miles into the wilderness either way yes I would still have shot it because it was aggressive and coming directly for me!"

Looks like it would be more likely that she could eat the husky, rather than it eat her. What a prize. I feel the same way about her as the idiot that released the dogs.

Sorry kids but Fluffy isn't coming home! What a jack ***!

dogs will run in packs and wolfs do breed with dogs . so if it was coming after her yes shoot but maybe not skin it

wahya said:
Looks like it would be more likely that she could eat the husky, rather than it eat her. What a prize. I feel the same way about her as the idiot that released the dogs.
Click to expand...

Come to think of it,no one has seen her husband for a while?

This is why I don't go hunting and question why some are allowed too. Went to the grocery store the other day, it said ground round, does that mean it could be cat.

That is a person that shouldn't have ANY firearms ! It was howling and growling at her...if she did that to me could I shoot her ? Darwin is a little slow with this moron.

Hey-O said:
Went to the grocery store the other day, it said ground round, does that mean it could be cat.
Click to expand...

Skytrooper said:
That is a person that shouldn't have ANY firearms
Click to expand...

khryslerkid said:
...or pets, or kids, or friends.

I'm wondering if she's native to Montana?
Click to expand...

I bet not since she doesn’t know the difference between a wolf and a Siberian Husky.

That's why you skinned it and posed with it. Give me a break!

You guys are so uncultured....you've obviously never enjoyed a nice roasted leg of lab.

she's changing the story
to not look so damn stupid
cover her own ***
she shot a puppy/subadult at a min., it couldn't weight 40#s
my neighbor 5 y/o female is way, way bigger than 'what she shot'/skinned
& it's (she's) a small Huskie maybe 50#s

She could have fired off a shot,
it'd have run away
maybe call 'animal control',
if you have any doubt/don't know
'would have been the right thing to do'

thinks she shot a wolf & then brags/posts it & proceeded to skin it
& post it again, sick ****

even more clueless skinning it & posting it on social media

I have no issues with people hunting or killing & skinning their kills
legally & for legal animals in season or for actual defense or person or livestock
But;
that was a Huskie dog/puppy, less than a year old/subadult at best
it was probably scared of her, for good reasons

Niko is digging her grave 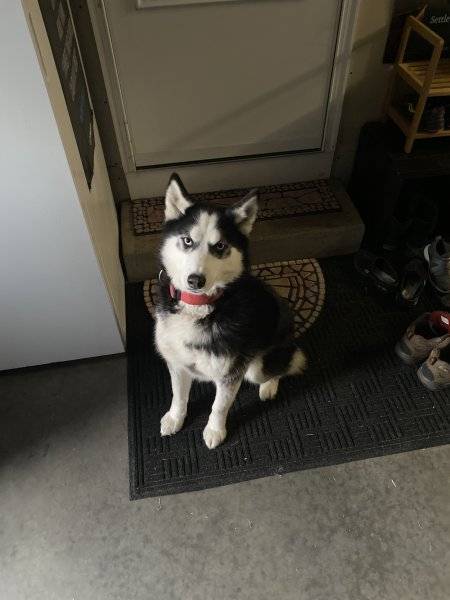 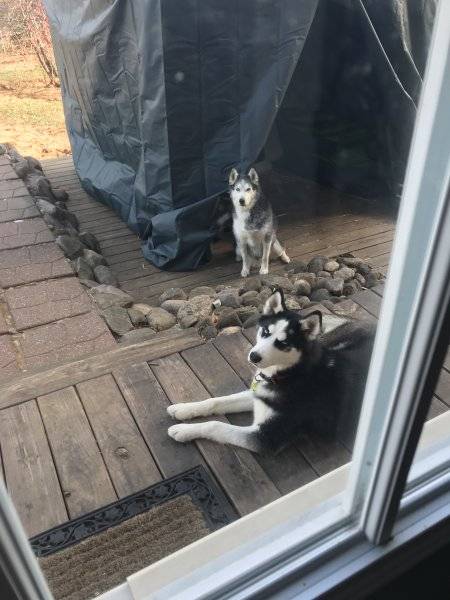 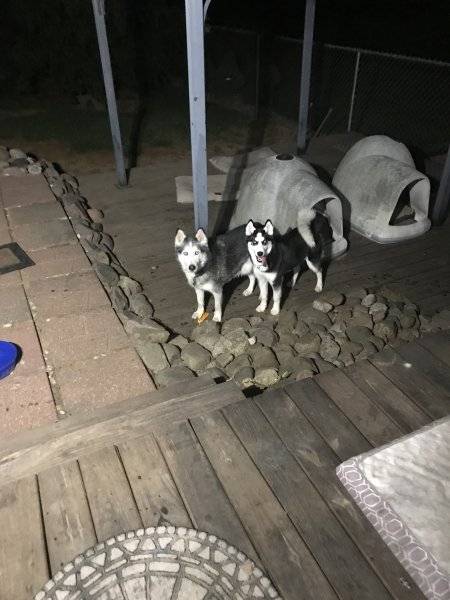 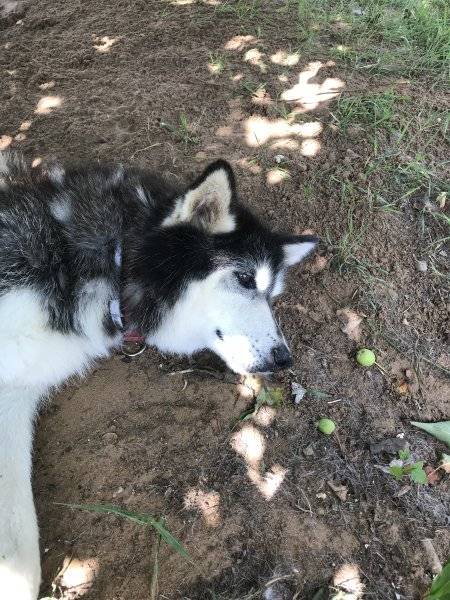 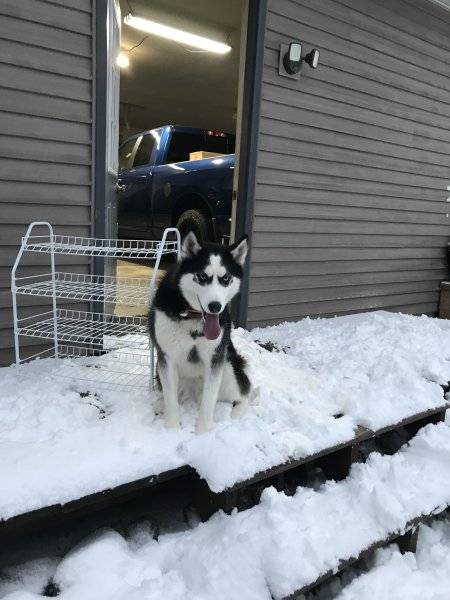 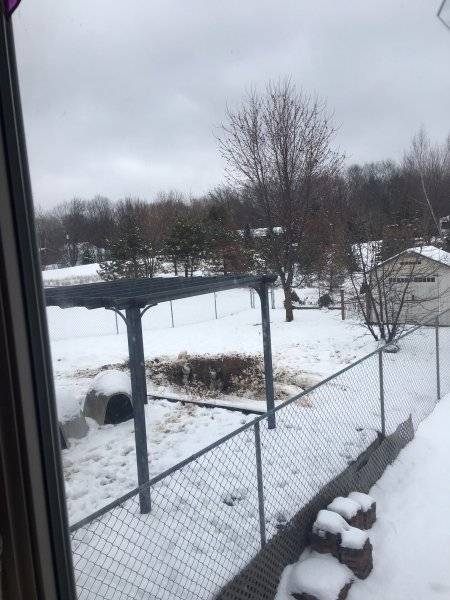 Niko is digging her grave

Niko just turned fourteen , and we will have to put him down soon

Then we will be looking for another to keep Ella busy , she is only two

Having two keeps them busy and happy

Siberians are the worse , and I mean worse guard dogs

Only time I have seen them get aggressive is with each other over food
You must log in or register to reply here.

A moment of silence for a fallen CPD officer
2