Hey guys. Since I an unable to start a build thread for.my 1966 coronet, I figured I would start off my membership here with a garage build thread.

Back towards the end March we had a warm spell and thought spring was here. So I decided to take down my "shed". A 12x20 garage with a measly 6'1" height to the bottom of the trusses.

I started by tearing it down and removing the existing concrete slab on grade. Then mother nature decided we needed another dumping of wet heavy snow the first weekend of april. I am a general contractor that snow plows in the winter. So i had to put the garage on hold and deal with this last (hopefully) snow fall.
I finished my lots and got a call from another company that I've plowed for occasionally when their truck was down.

So I headed over start to plow and low and behold my new bfg all terrains found a large bolt. The company is a farm tiller disc manufacturer so I guess it was sooner or later I'd find something in my tire.

I managed to finish plowing when I realized my 2008 f350 diesel wouldn't shift out of 1st gear. So I shut the truck down and checked her over. No leaks, damage or anything seen. So I fired her back up and continued home. She shifted fine-ish.
Well turns out the trans. Didn't like me the next day and only had 2nd gear and a wicked reverse shutter. Anyways $6000 later and she's build with billet shafts, extra steel's, clutches and a new triple billet converter.

So needless to say the garage was temporarily put on hold. Fast forward to 2 weeks ago and I finished forming the new pad. 18x28, with a 16"x24" thickened edge. And 6" slab, I poured it 2 weekends ago monolithically.
Next I ordered Insulated concrete forms (ICF) To construct the 32" knee wall. My lot elevation is raised on one side of the garage so a knee wall will act as a retaining wall and a good solid base to build from.

I just poured the concrete into the knee wall yesterday and began to back fill the one raised side. I have lumber being delivered tomorrow so I had to tidy up the driveway to make room.

I'll keep updating this thread throughout the process, which may take a bit longer due to managing my own work and customers.
The new garage will be 18x28 with a wall height of 10'9" and a vualted ceiling with a 12' height to the center. 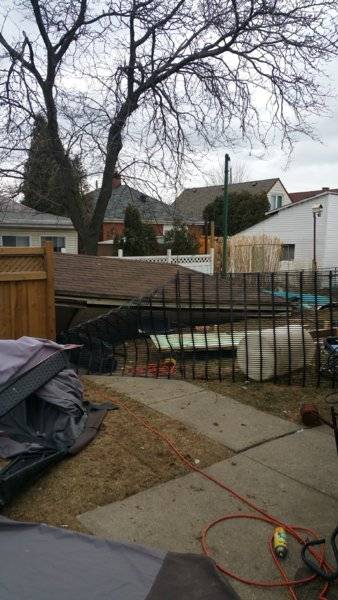 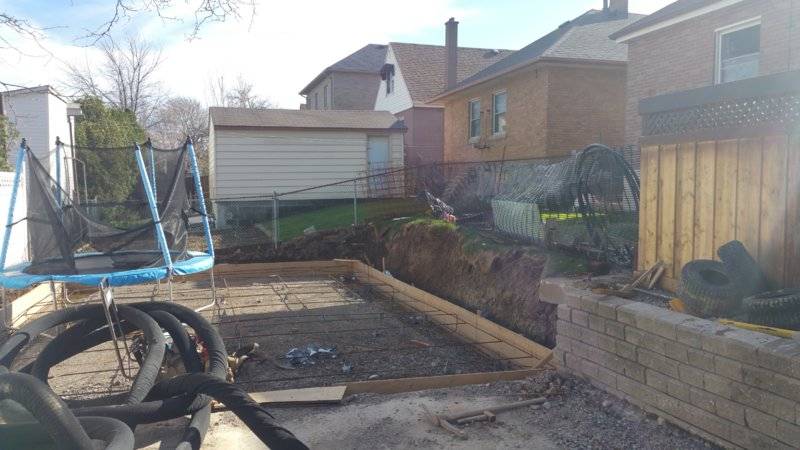 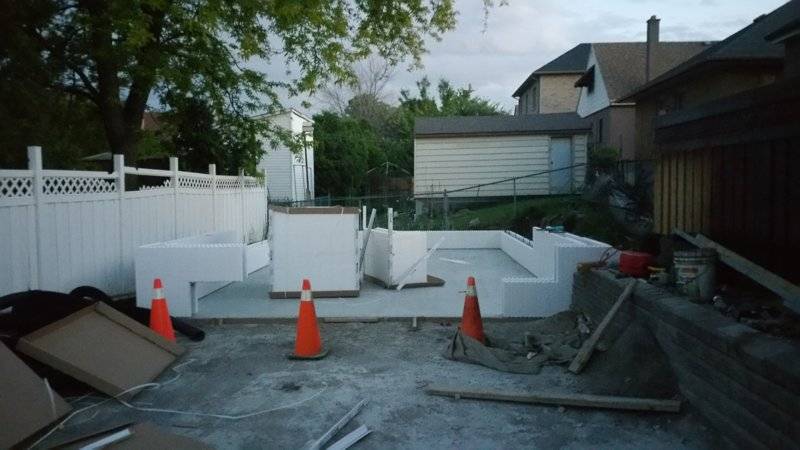 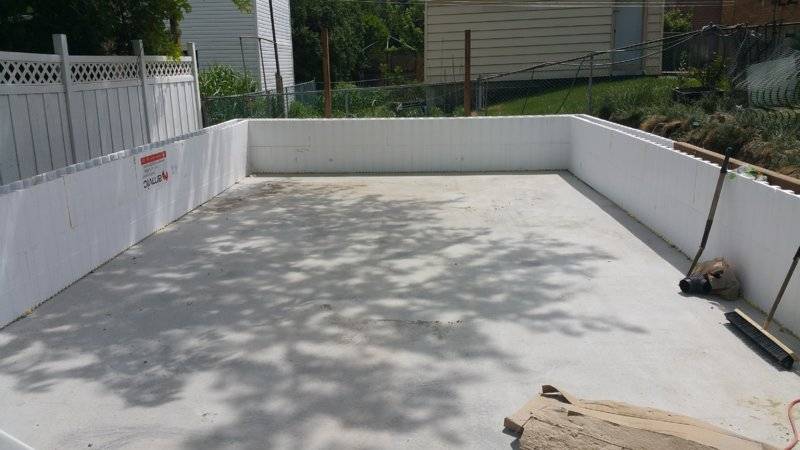 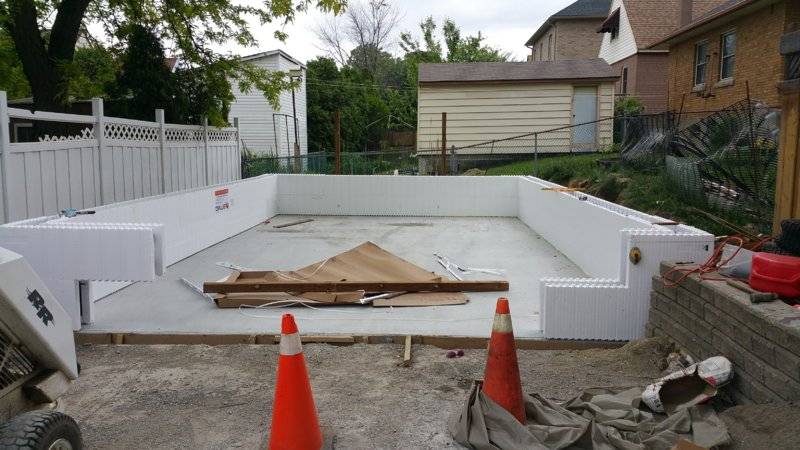 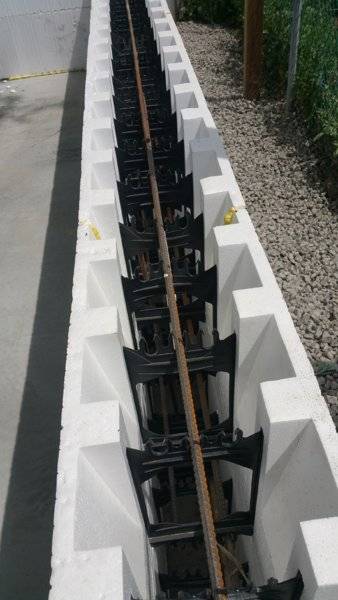 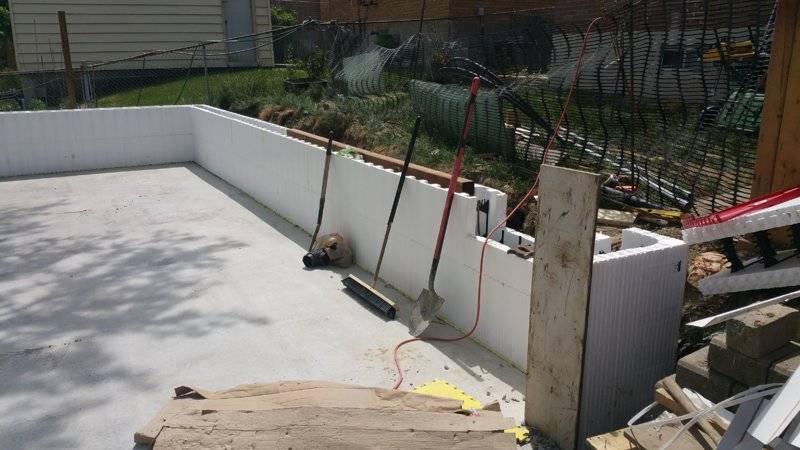 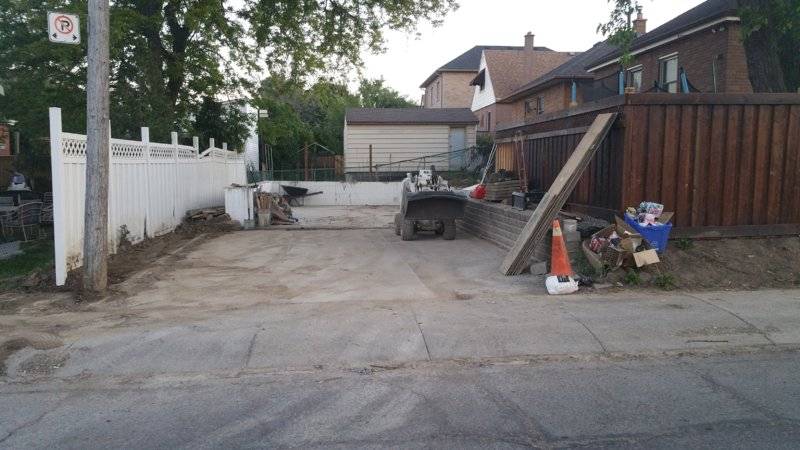 good luck keep us updated on your build

The ICF makes it much easier. No stripping, no waste and no bracing as I only went with 2 rows high.

Awesome build.. I like the Garage builds as much as the car builds.. Pop's was born and raised in Hamilton...
N

I took delivery of the lumber today and had a few hrs to spare. So I couldn't help myself and had to throw a couple wall's up. My father in law was with me and we got 2 walls up and the third build but not up yet as we were both beat from the heat and not eating all day 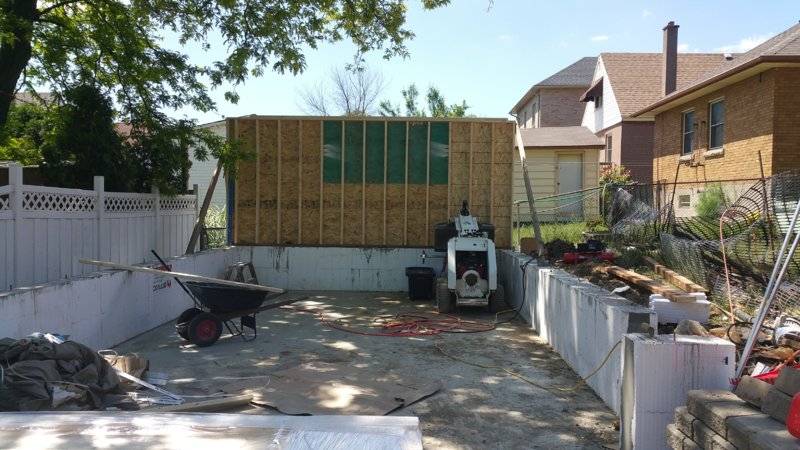 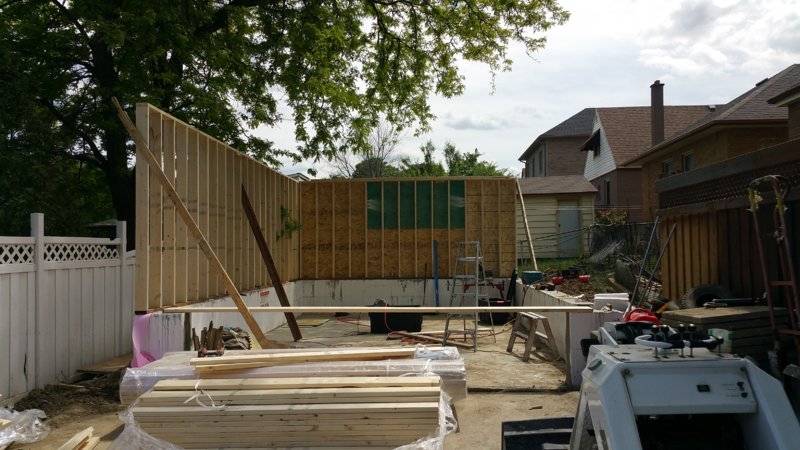 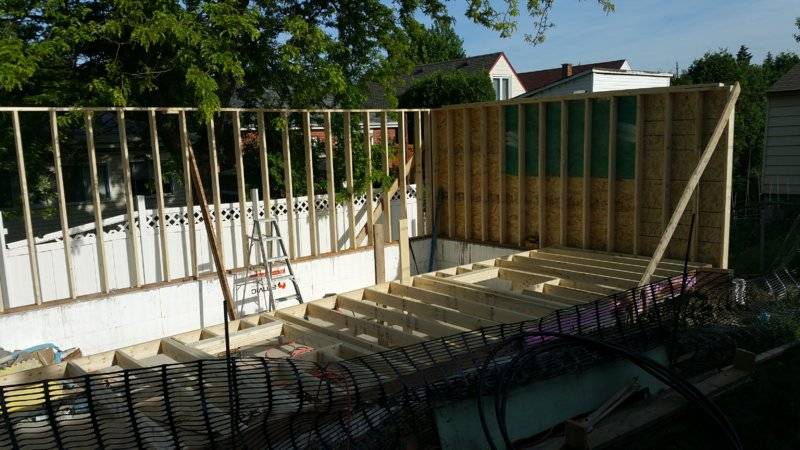 Had a few more hours of time after work yesterday. Starting to look like a garage now. 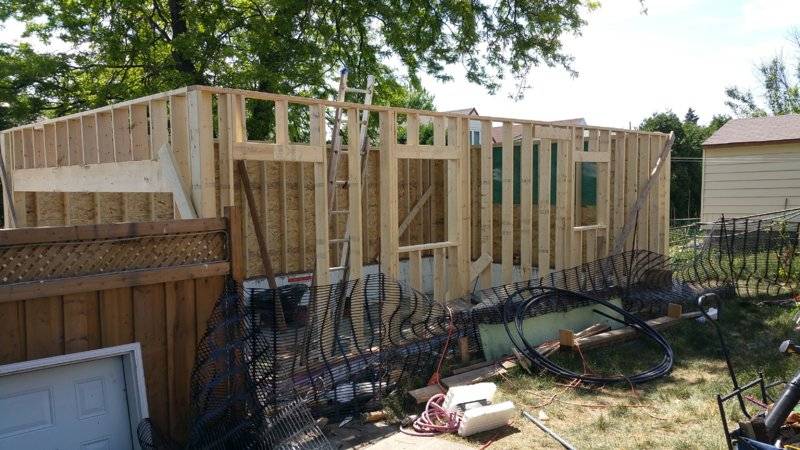 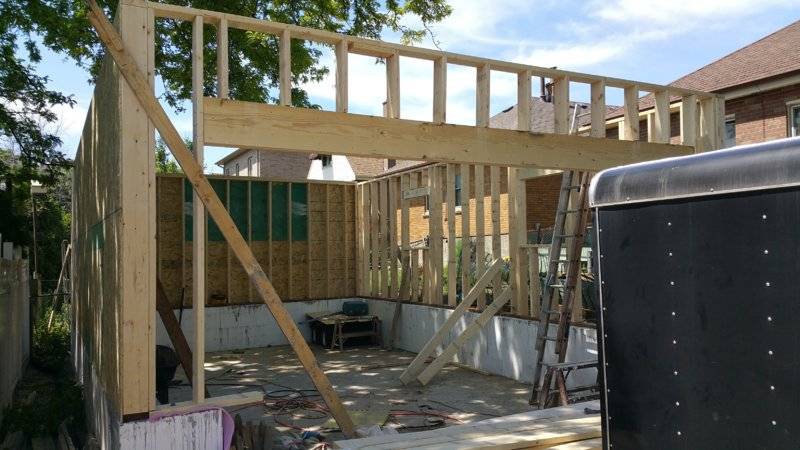 Location
In the Shop

It feels like something has really been accomplished when window and door opening begin to appear.
N

That's for sure!
I have a busy work week, but I'm hoping I'll be able to get the rest of the osb on the walls, Jack studs installed and tyvek on.
I was hoping this coming weekend to have the rafter cut, installed and shingles on but I have a baseball tournament all weekend. I'll keep updating when I can.
N

Hey guys and gals. I've been battling a bad back and trying to get this garage done. Progress has been slow but I'm getting there.
Since my last post ive got the roof rafters in place, sheathing in and half the shingles done. I've also got the sides all closed in with osb. 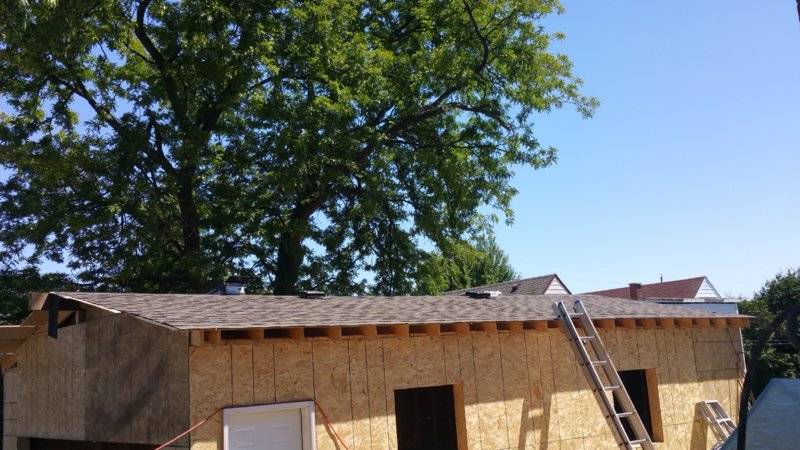 no frost protection as it still freezes there or is it not needed
You must log in or register to reply here.