So I've sanded down my rockers, removed paint and got 99% of the rust off.

There's obviously some pitting and stuff that my scuff pad surface disc couldn't get into to.

I'm going to be priming them next and am going to use Car-Rep 2K Epoxy Primers | 400ml Aerosol - Car-Rep Automotive Products the Car Rep epoxy primer.

But my question is how should I prep the metal? I guess some sort of degreaser first. I was going to use Acetone but people are telling me no. And digging into the specs for that primer is doesn't recommend it. Does anyone have a recommendation? After the degreaser the plan was to use Rust Converter – Rust Check | Cars | Vans | Trucks this rust convertor.

I've had some say just scuff and spray the primer as it will inhibit the rust. But I feel like it should be treated it first no? What's the process? 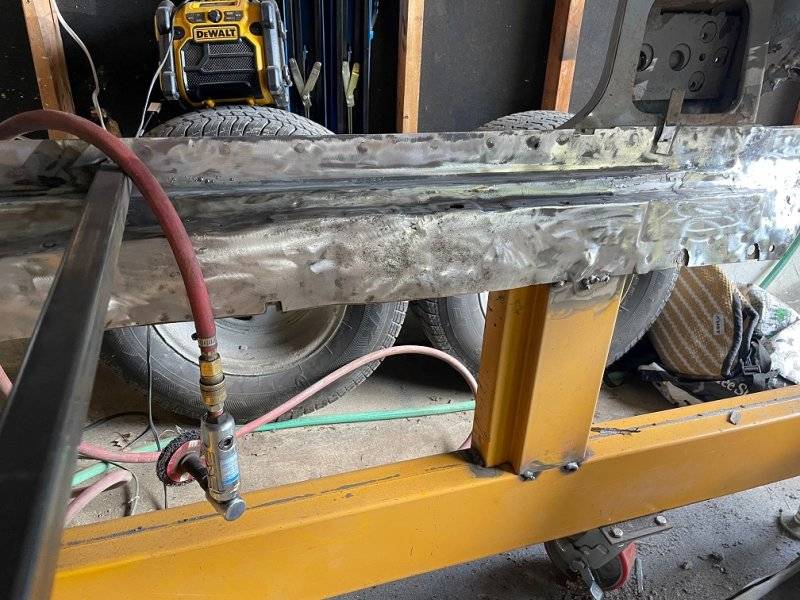 Rust converter when it turns black sand and apply epoxy

I paint at work. We use a wax & grease remover, eliminating oil/dirt, silica from sanding, contamination, etc. 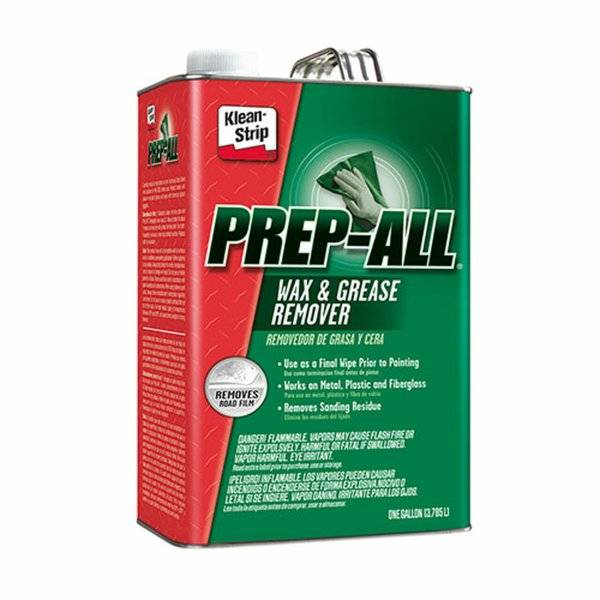 Wax and grease remover then a quality epoxy over it. I like SPI. You can apply filler over it after. Read the tech sheet for full details.

T2R9 said:
Wax and grease remover then a quality epoxy over it. I like SPI. You can apply filler over it after. Read the tech sheet for full details.
Click to expand...

So you wouldn't rust convert?

If you use a rust convertor make sure you really clean it good as it can put an acidic coat on the metal which will be a problem with the other materials.

Go to Home Depot and get a gallon of Klean-Strip concrete and metal prep. Put it in a squirt bottle
and spray it on. Follow the directions and then prime with a good Epoxy primer. It will do the
conversion and will coat the bare metal. 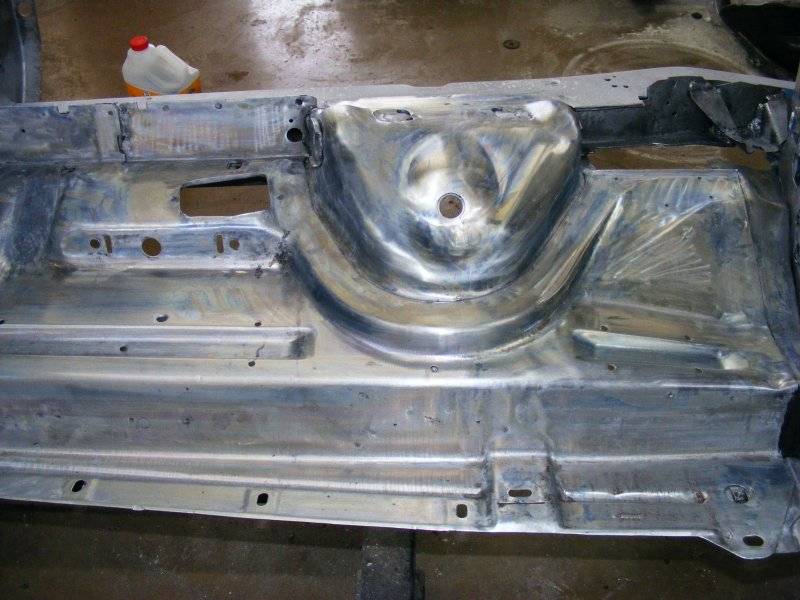 I would not use a rust converter. Most of them created a resin coating over the rust which can some times cause problems whe used with epoxy .
Acetone can leave film which is why it not suggested a lot of the time as well .

Epoxy is great stuff and is usually ment to be used on its own. Most do not even want etch wipes or primers used . The epoxy is ment to make direct contact with the metal.

I can see you used a scotch-brite stripper wheel which is great. I would go over everything with 180 -120 grit sand paper to refine and uniform the scratch profile . This will also make it easier to clean.

Really you should wash with a solvent based wax / degreaser to remove any oils / undercoating or other grease. Followed by waterbourn degreaser ( 50/50 water / rubbing alcohol is fine ) blow it dry with compressed air . Then apply your epoxy .
You must log in or register to reply here.

COMPRESSOR SET UP BEFORE PAINTING