I want to say the yellow on my 71 Charger R/T was "solar yellow" but that was a LONG time ago. The paint was 100% factory, and not some "off color" yellow, but it seems like it was more pastel than my 70 Roadrunner in Lemon Twist, but my Roadrunner is not the factory original paint.
Anyway, I have an arrow pointing to what my memory says was the yellow on my Charger on a picture of the multicolor Barracuda, which I have seen in person. I also have a scan of a Polaroid of my old R/T Charger.
Let me know what you think, and was there a "solar yellow" for Dodge in 71? 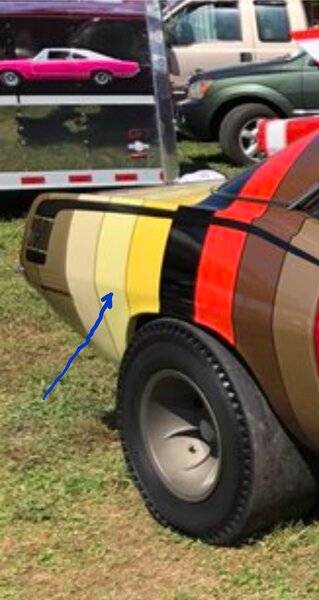 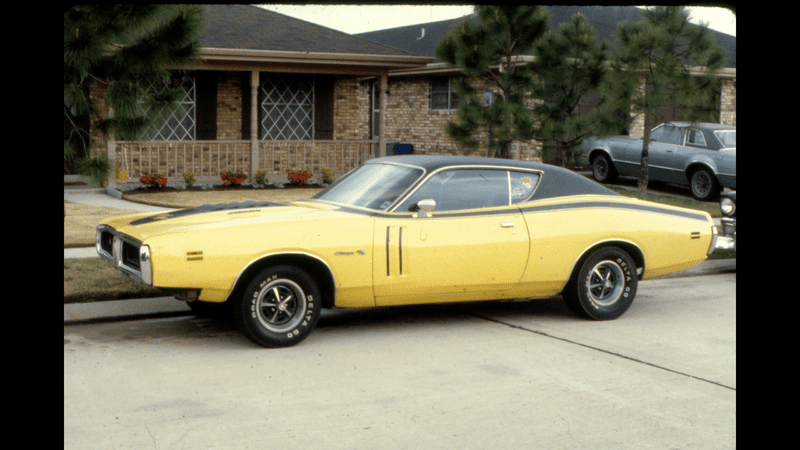 I have to agree. Could be the old photograph. Colors were never spot on with the old photo developing process. 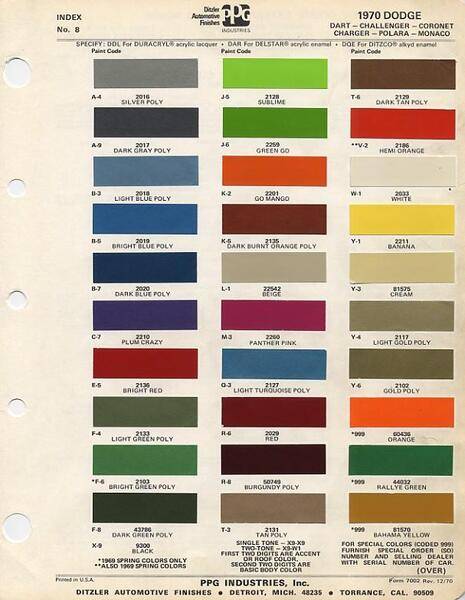 That color is very difficult to get correct.
Last edited: Oct 6, 2021

Should I ask what happened to that car? Probably not.

I have a 68 Cuda that was originally Sunfire yellow and it is VERY pale. That 71 looks to be Top Banana yellow in the pic but as stated pictures of the time are deceiving. 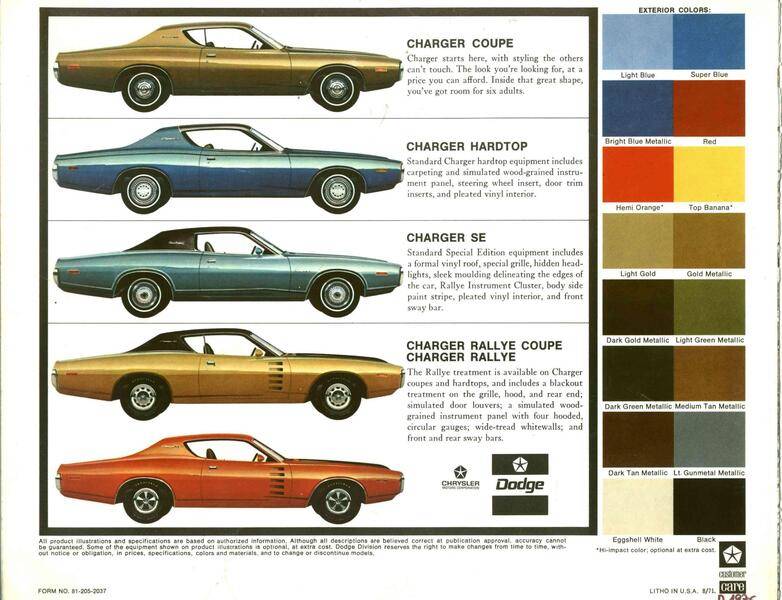 There is a "creamyness" to Banana/Top Banana/Lemon Twist that often gets left out of the mix.

Bio's pic seems to show that.

FY1 and I like it in that photo. I see a lot of fresh paint FY1 that I don't really care for. 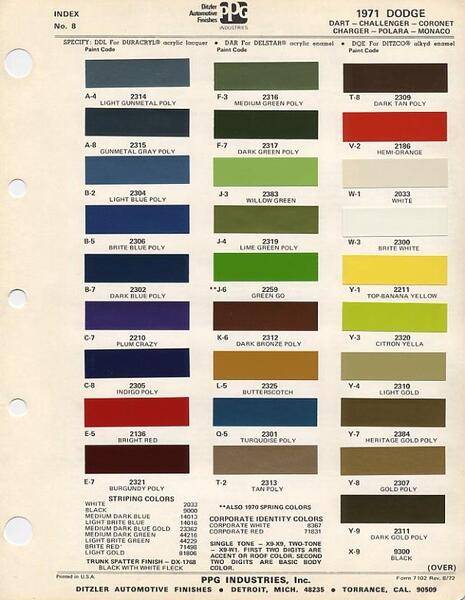 Regardless of the Polaroid, I washed and waxed the Charger more than once.
The "pastel tone" of Lemon Twist/Top Bananna is either difficult to match or "left out". I do like the color of my 70 Roadrunner, but it's "close" to Lemon Twist, but probably not a 100% match.
The yellow on the Charger in the picture was probably a bit faded, but overall, it was uniform and not hazed, so there's that too.
Thanks for the replies.

QOTHL said:
Should I ask what happened to that car? Probably not.
Click to expand...

On the far right of the Polaroid of the Charger, you can barely see the passenger side headlight of my new, ordered to my specifications, 1979 Aspen R/T. Black w/Gold strobe stripes and the top V8, the E58 "police" 360 4bbl. It was really nice to have a new car that I didn't have to pay for, but when my parents (it was not them but my grandmother who bought my new car) said "You don't need 2 cars" I had to sell the Charger. It would have happened eventually anyway, and I like my V-code Roadrunner way better anyway.

You have a V code Roadrunner???? why are we just hearing of this??

I think it's lost to time and a hurricane. 71 Charger R/T