the future of FCA

it sounds like the cars will continue for the near future

The Cars Are Alright? The Future of Dodge, Chrysler, Fiat, and More

latest thwarted effort to do so involved Renault, and although those talks fell apart, they might not be dead yet. In any event, the automaker continues to operate as if it's business as usual.

Before his death, former CEO Sergio Marchionne finalized a five-year business and product plan that plotted a future for all eight brands under the FCA umbrella, with four brands elevated to superstar status and four relegated to regional, almost niche players. Jeep, Ram, Alfa Romeo, and Maserati fell into the former camp and are supposed to do the heavy lifting, while Chrysler, Dodge, Fiat, and SRT are seen as smaller contributors. 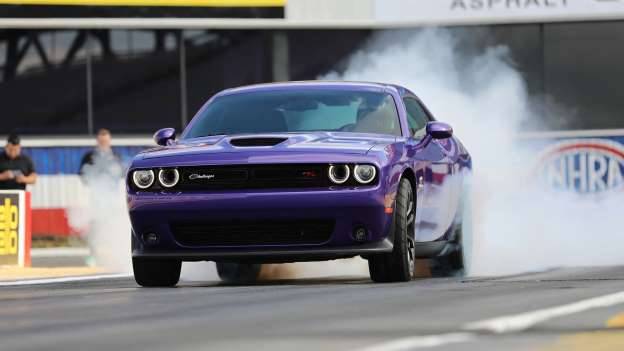 © Automobile Magazine Staff 2019 Dodge Challenger RT Scat Pack 1320 12
But those "lower-tier" brands' biggest champion, Tim Kuniskis, is back in charge of all four, plus Alfa. He's the executive that injected his passion for cars into the marques, especially Dodge, before he was moved to other responsibilities. But with the retirement of Steve Beahm, CEO Mike Manley has put Kuniskis back into the role where he clearly feels most comfortable. Kuniskis was only a few days back on his old beat when we spent some time with him to get a better assessment of the vehicles and brands he oversees.


Of course, for openers, Kuniskis notes that his particular portfolio amounts to much more than small potatoes, as a quarter of the total product investment for the five-year plan goes to the five brands. Below, a snapshot of what to expect moving forward:

Dodge
Dodge is aware that it has just three percent market share in the U.S., which is a big reason it plays directly to its performance-oriented base. "Love it or hate it, it has an identity that separates it from the pack," Kuniskis said. In an age when car nameplates seem to be going extinct at an alarming rate, Dodge has become a master at extending its models' shelf lives by adding more muscular variants, aesthetic treatments, and more. It's a strategy that has also made Hellcat a household name. The Challenger has added the Demon, Redeye, and 1320, to name just a few, while the Charger has had its share of attention, too; it gets an SRT Hellcat widebody version this fall.

"When we did the Demon, I honest to God thought that was the muscle-car mic drop," Kuniskis said. But he was wrong. "As soon as we did it, we were like, 'What else you got?' " 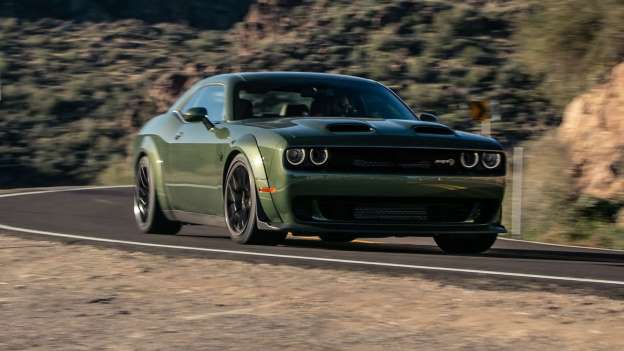 © Automobile Magazine Staff
It's working. The last decade has seen a 60 percent increase in Challenger and Charger sales, with the Challenger posting its best-ever sales in 2018. And although these cars ride on an old platform, there are no plans to give them new bones or to discontinue them as long as there's demand and they meet all regulations. Indeed, with the Challenger turning 50 years old this year, we're expecting to see anniversary editions. And no, the Demon is not coming back, Kuniskis said. Nor will there be a Charger Demon.

The Durango fits the brand as a performance SUV, but it's in a competitive segment that has exploded with new three-row SUV entries. Kuniskis admitted the smaller Journey is an outlier, but being in a hot SUV segment, it still sells well. "I'm not going to lie to you and tell you it's perfectly aligned with the direction that the brand's headed," he said, "but it's a great-looking car in a great segment that sells extremely well, so I see no problem with Journey." It will also fill a bit of a gap when Chrysler eventually stops making the aging Grand Caravan minivan, he said.

Chrysler
The namesake Chrysler brand is the family-friendly people-mover brand, and it has become a one-trick pony in that it largely is known for minivans, a segment that has seen sales fall 20 percent. But within that smaller pool, FCA commands about half the segment; Honda and Toyota are the only other main players. The Pacifica, offered with both conventional and plug-in-hybrid powertrains, has seen sales decline to the point where the Windsor Assembly Plant will drop down to two shifts in October. 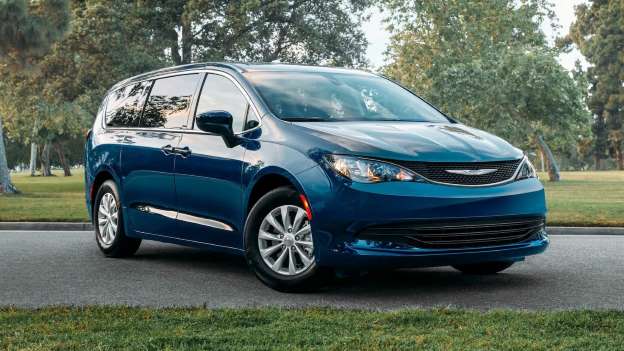 © Automobile Magazine Staff
To bolster sales, FCA is repackaging and bringing back the Voyager name for the more affordable trim levels, leaving the Pacifica badge for the more premium versions. The Voyager will come in L and LX trims and add an LXi for fleet sales. The Voyager was intended to replace the Grand Caravan, but that won't happen yet. The Grand Caravan will remain in production as long as there is demand and capacity in Windsor. There's no end date in sight right now, Kuniskis said. Chrysler could add an all-wheel-drive version of the minivan, and adding that capability would dovetail well with long-delayed plans to add a Chrysler crossover. Kuniskis had no comment on those future plans.

Chrysler will still offer the 300 full-size sedan for the 2020 model year, but the car's longevity is far from assured.

Fiat
Fiat remains very much a work in progress. When FCA brought the cute Italian brand to the U.S. in 2011, it quickly hit 35,000 annual sales, and targets for the brand were as high as 78,000 in the U.S., Canada, and Mexico once more models were introduced. But sales have trailed off to the point that the brand might not hit 10,000 in 2019, and FCA has given dealers permission to sell Fiats in the same showroom as other brands, recognizing the volume isn't high enough to demand standalone dealerships. How long this experiment lasts is uncertain, both among the media and—more troublingly—the dealer base.

© Automobile Magazine Staff
Alfa is among the big brands, and is Kuniskis's only global responsibility. That said, U.S. sales were less than 24,000 last year and will be flat again this year, he forecasts. There are only 158 outlets, all in metro markets, and half the online searches for an Alfa are performed by interested consumers located at least 50 miles from a dealership. "There are no plans to open more, but it hinders us," Kuniskis said. The Tonale compact SUV concept at the 2019 Geneva auto show was well received, looks production-ready, and would be a welcome addition to the lineup, but Kuniskis wouldn't comment on any feasibility study results or its production future. 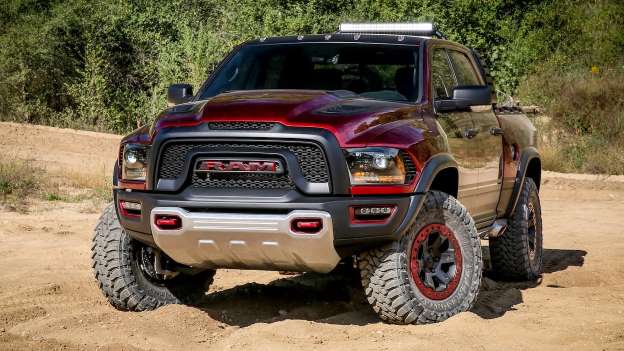 © Automobile Magazine Staff
SRT has become synonymous with Dodge, but it in fact is a separate performance brand; there are also Jeep Grand Cherokee SRT and Trackhawk models, the latter with the 6.2-liter supercharged Hellcat V-8 engine. The next SRT vehicle is expected to be the Ford F-150 Raptor-fighting, off-road-oriented Ram Rebel TRX, which should offer the 707-hp Hellcat V-8. That truck has been seen testing, and will offer an uprated suspension, ARB air-locker axles, and more.

There’s still talk of uniting with Renault. Sounds like they’ve resurrected that idea

I would like to see a 300H...you can guess what the H stands for. Also, change the front end and rear end appearance so that it is distinctive and different (better looking) than the bland 300. Oh yeah, no tape stripes, no two tone paint schemes, and delete the sunroof.

Better yet, change the 300 to a 2 door and rename the 4 door Imperial.

For June:
Ram is up. Chrysler is down. Dodge is down. Jeep is down. Fiat is way down.

Based solely in the fact that my wife drives a Renault, this idea REALLY SUCKS, pos cars build by Renault far far away from the quality of FCA brands JMO.
You must log in or register to reply here.

The Man and his Machine - back to the Future

Your opinion of the Crossfires.
2 3

The precieved power of some

I heard this trick for knowing what cars will appreciate in the future.