So here is the story of my '69 Road Runner. I got this car when I was 15 out of Southwest Wisconsin. I purchased it off of Ebay and the pictures did not do it justice.....for how rusty it was. Once off the trailer, my dad and I got it running and into their garage. Fast forward 19 years and the car is painted and I'm starting to get moving on it. When people say a Mopar had a "frame off" restoration I usually laugh, but in my case that is fairly true. At certain times I had a sawzall in my hands and thought about cutting it up for scrap after hitting issue after issue. 3 of the 4 frame rails, rockers, quarters, all floors, etc have been replaced along with numerous patches throughout the body. All metal and paint work was performed by myself and my dad.

The car was originally a 383, Auto, air grabber, power disc brake car in F8 green. Since it came with a non numbers matching engine, I decided to build this as a 440 6BBL clone in B3. At the moment the rear end and suspension are in the car and my next step is to either rebuild the mid '70's 440 I have or possibly purchase a running '69 440 that I know of. A lot of the other components - Dash, Transmission, front seat, etc are redone and waiting to be installed.

From when I bought the car until now I finished college, bought a house, got married, and have two awesome little girls (1 and 3.5 years old) so the struggle from having no money and a lot of time has shifted to having a little money and not much time to work on it.

Attached are some pictures of its progression. I was lucky to have a friend with a donor Charger where I was able to put the rockers, rear floor pans, and frame rails from the Charger in all at once, which helped with alignment. The picture of the car on "stilts" next to my Dad's '69 GTX is prior to going to the frame shop, where everything checked out great. The second to last picture is as it sits now, painted and ready to be completed! Realistically if I can complete it in the next 2-3 years I will be happy! 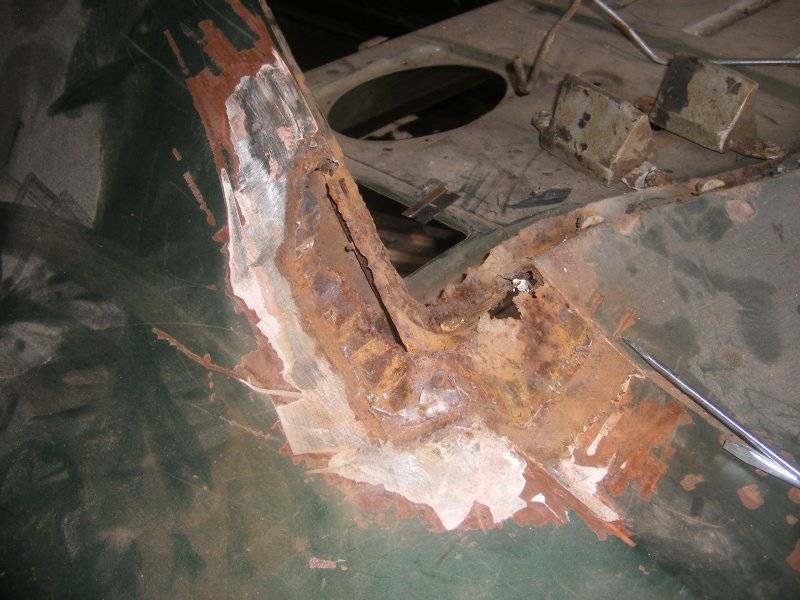 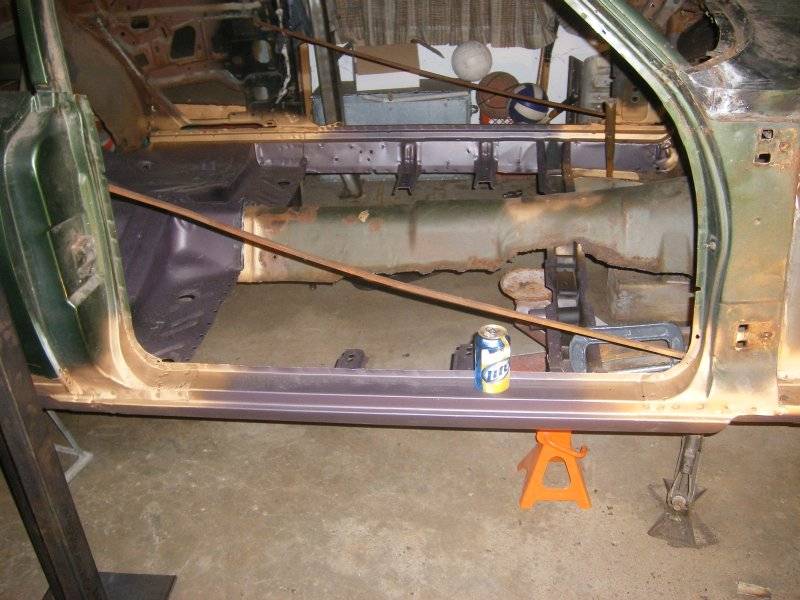 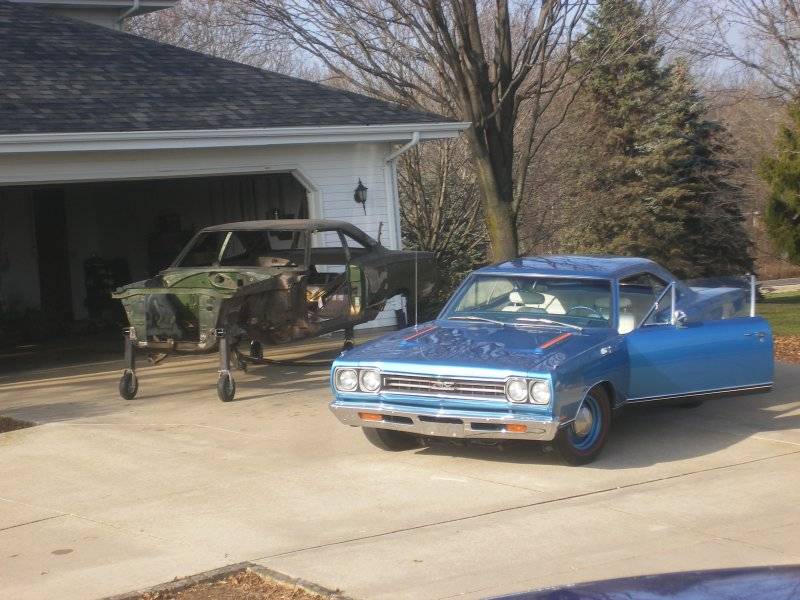 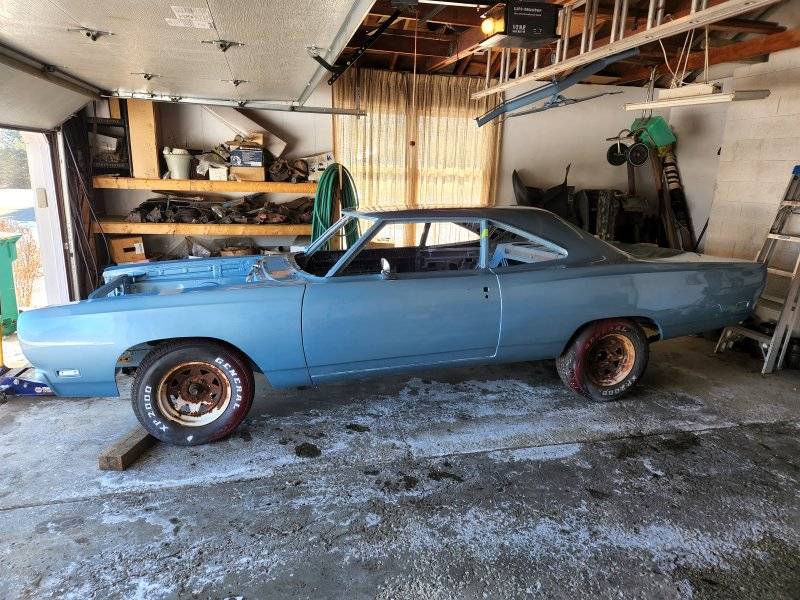 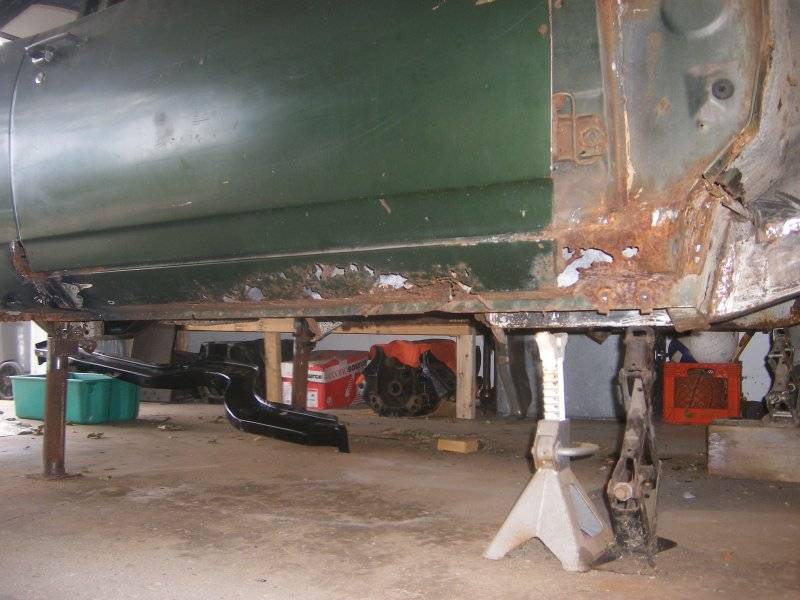 Wow. Looks nice.
You'll certainly know every square inch of the car. Thanks for bringing it back from the dead !

That's dedication to a project. It will be comparatively easy from here. Great job!

Lots of work for sure, but it really turned out nice. I like B3 blue, not that common of a color. You probably already knew this, but I will mention it anyway just in case. If you took the entire rear portion of a Charger and put it in your car. Dodge has a 1 inch longer wheelbase than a Plymouth. They accomplished that with the leaf spring hangers. The fronts are just bolt on, but the rears are welded in. Ask me how I found out about that......

Wow, nice work! I can totally relate to what you’re saying. I’ve replaced (still replacing) way more than I ever expected on my car. It can get overwhelming at times. It will be worth it in the end!

Some minor progress this weekend. I re-covered the rear seat and also installed some sound deadening to the car (fat mat). It also sounds like I have a deal on a running '69 440 out of a '68 GTX. The owner rebuilt a '68 440 for the X which is how it has become available. I need to help pull that out, but that will help speed things up!

Probably won't get to anything further on the car for a few weeks, which at that time I plan on finishing the sound deadening and installing some wiring. 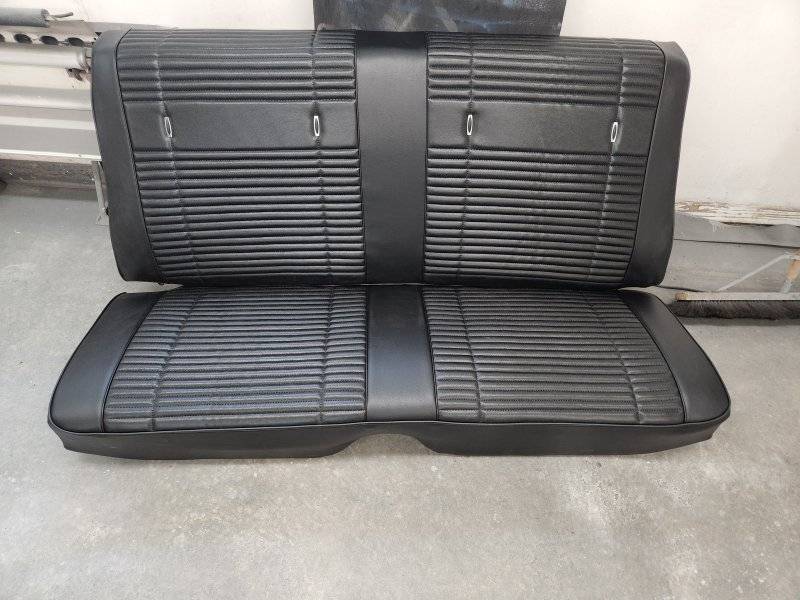 Wow, you and your Dad went full on "Deep Dive" on this one, thanks for saving another one.
You must log in or register to reply here.

Time to Sell the Charger... Need Some Advice!