The hot tub saga. Don't do it.

I wonder if she would fit in my hot tub.

Didn't take much to get it operating initially but then...

Only using it one or two nights a week made it difficult to keep the pH level consistent.
Seems like I was always overcompensating or not compensating enough.
It also took 3-4 hours to get to 100*. Leaving it on was not an option because...
After the first month, my electric bill was sky high.
The second month I adjusted the timer to only run for an hour and a half before I got home.
That meant I "only" had to run it about two hours more if I felt like using it.
After that my electric bill was "only" double what it had been.

I replaced the motor, the pump, and the heating element once. No big deal.
However, the fiberglass started to get 3-4 inch bubbles.
Drain the tub, dig out the bubble, repair, let cure, fill again with 500+ gallons- now the water bill triples or worse for that month.
This is before I got married and my wife moved in.
Before that she had expressed a LOT of interest in a pool.
I told her if she would agree to do half the maintenance on the hot tub, we could get a pool.
That didn't last one year.
She has only mentioned a pool twice since then, and all I had to do was say- "remember how much fun maintaining the hot tub was?"

The motor let go again a couple of years ago, and there were a couple new bubbles forming.
I decided not to fix it, and converted the electric circuit into a back feed for the generator and a place to plug in a 240v compressor.
This past year I decided to reclaim the space on the screen porch.
Using a 5" cut-off wheel in an angle grinder but mostly a sawz-all, it came out in 5 much easier to manage pieces.
The piping was actually harder to deal with than the main body.
The tub was inset about 2.5 feet and there was a flagstone border on a single course of cinder blocks supporting the lip.
Most of that went into the pit as fill.
I've put 3 wheelbarrows of dirt in on top of that but still have several to go.
I've also cup-wheeled the unfinished areas of concrete.
The walls will need stuccoed where the tub was because the crew that built it did some areas but not others.

That's where I am right now. It's kind of a slow, back breaking, ass busting process.
...but I better get on it as 95% humidity season is right around the corner.

Whew. I'm getting tired just thinking about it.
D

I have a Jacuzzi 6 jet tub in our master bathroom. Takes about 10 minutes to fill it with 107 degree water ( I like it HOT ).
The electric heater maintains the temp till I get out, use it quite a bit in hockey season, feels good on an old body.
Clean water every time, no chemicals, other than running it once and a while with straight hot water and dishwashing detergent, nothing to do to it.

On the plus side, it sure did relax the muscle tension.

So much so that falling asleep was kind of a danger.

...but I don't miss spending the hundreds and hundreds of dollars and the hours and hours (and hours) of upkeep.

I have considered replacing it with a smaller, "portable" unit.
Hard to find one without built in reclining positions.
I prefer a simple bench seat.

...or even an inflatable one.

Bought 2nd house in 94, kids & then wife wanted pool, they stated they would keep it up, yea right, no to pool, use township pool, they went 2x in 19 yrs, glad stuck to my guns: 2006 picked up 5 man hot tub, $200, GREAT FOR MY BACK & even broke up a kidney stone with it: I used it all the time, rain, snow etc. Had to sell house, divorce, gave it away
Last gf wanted ht, got her used one in 2015, wonder if her daughters ever figured out that her & I had "fun" in it ALL THE TIME

We've had an inflatable miami saluspa for nearly 10 years now. It's in the house in a spare room w concrete foundation, 110 outlet. We replace it around 18 months to 2.5 years , unless repaiable. 4 person, but only the 2 of us use it. We use it several times a week, more so in the colder months. Temp only goes to 104, but resetting temp can get it to 106. The pumps used to be called eggs, but now a box style. Parts are a pain to get, thus easier to replace.

Anyone that goes in dirty or stinky, comes out clean. I pass.

Reduces the need to bathe.

Chemicals render the offending stinkyness/dirtyness left in the pool harmless.

I make any guest shower before entry, that can be worth the price of admission at times... 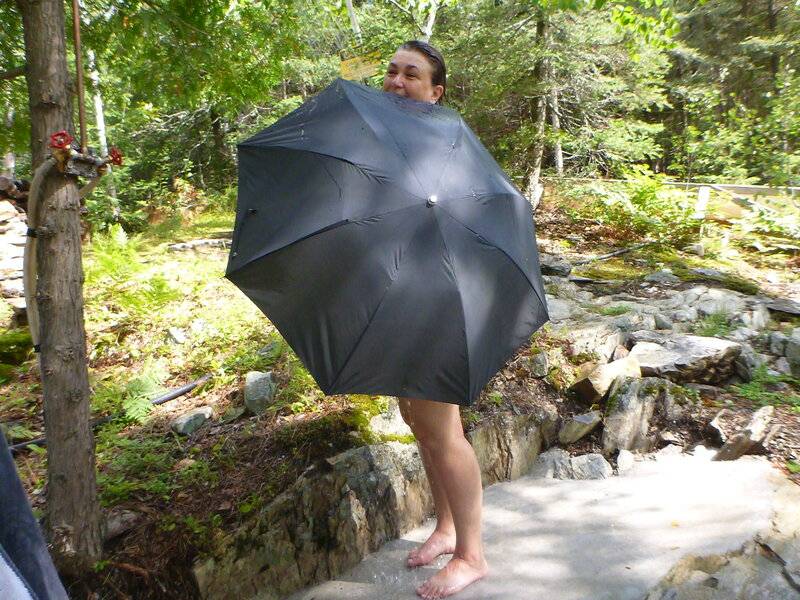 Cold only for maximum benefit?

dadsbee said:
I make any guest shower before entry, that can be worth the price of admission at times...
View attachment 1272502
Click to expand...

I have always had to pay extra to suggest showers.

My sister moved from her house to a townhome and gave us her small 110v soft sided Coleman hot tub.
Works pretty good. I think they are like $500 new. When it quits i'll toss it but it's been good so far.
Had a full size "real" one years ago. Same experience as others here.

Is there a "seat" or do you sit on the floor?

Hard to tell from the pics on Amazon.

The kids had to have one, OK, we got one. Three years into it no one wanted to use it anymore, but we kept it running 7 days a week, year round. I came home one day and said, say good bye to it. I listed it on Craigslist, with pictures and got a phone call 30 minute later. The guy said that was the exact one his wife wanted and was I for real on the price! If it's gone before the sun goes down it is. He drove 70 miles, with four guys and hauled it off. He was so happy I thought he was going to loose his mind, I already had. Never again!!! Does it look like I want to sit in 102 degree water in the middle of a 100 degree day, screw that!!
Last edited: Apr 20, 2022

Hard to tell from the pics on Amazon.
Click to expand...

No seat however my wife bought one. She is short. The bottom has a soft layer of insulation and is comfortable to sit on. 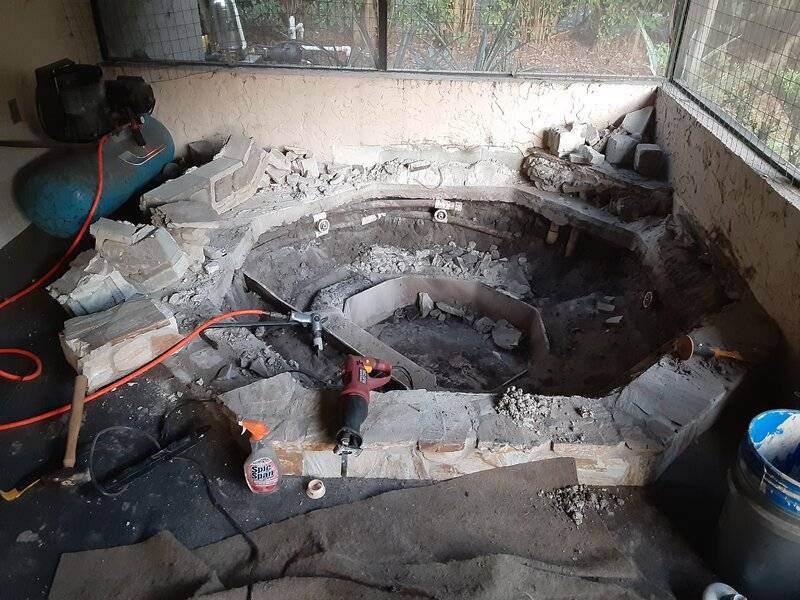 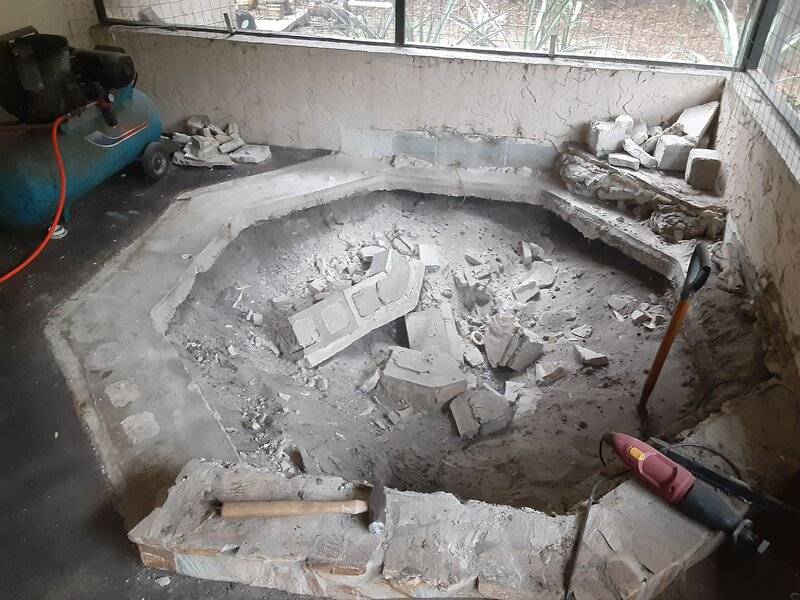 All flagstone and block now removed, floor is now smooth, carpet and whatever pebble-like crap underneath is now gone from area (but not rest of porch), PVC removed, concrete cut out around all PVC so new has a place to go.

Basically regaining a 12x12 end of the screen porch.

I do miss it, but not the BS or $$ associated with it.

I have an 8 person. Used to get used often. The heaters quit working a couple of years ago. My kids, my Neice and the neighborhood kids still played in it during the summer like a pool. I drain it in the winter. Been sitting unused for awhile now. Don't feel like repairing it and paying the extra electric, water, chemicals bills anymore. May be time to get rid of it.
E 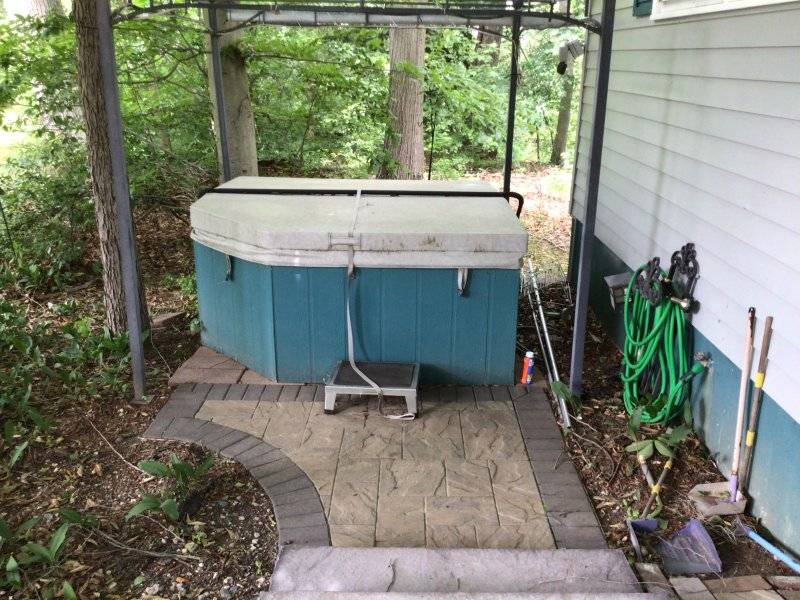 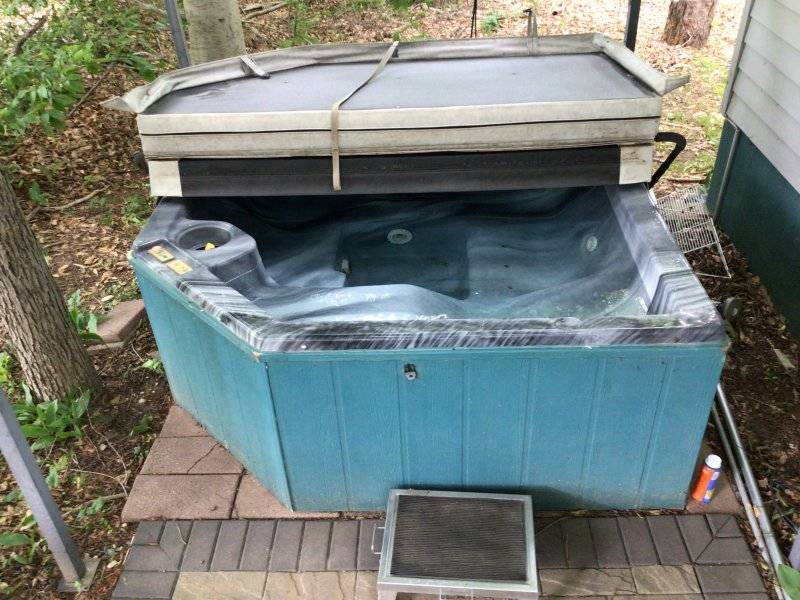 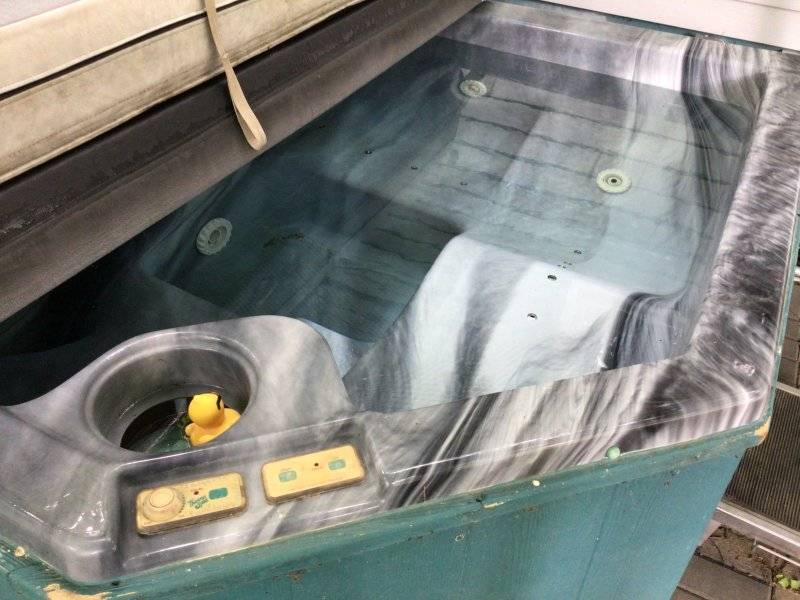 27 years old now. I use it about 6 days a week in the fall, winter and spring. I rebuilt the cabinet 4 years ago. Replaced pump once and heating element 3 times. I am so happy that I got it.

Hot tubs are like everything else, some love them, some hate them. This is one decision you have yo make for yourself!
You must log in or register to reply here.

Do you know of any hot road racing women?

Our day 1 of Hot Rod power tour (lots of Mopars!)

Don't forget to buy your stamps on Thursday.

R
wiw/is it worth it

I was at the Hot Rod Rock and Rumble yesterday!