The Man and his Machine - back to the Future

Ok guys many of you know i parted ways with my first love and a 48 year relationship a couple years ago by passing along my much loved and coveted 1968 GTX. Owned her since I was just barely 18 back in 1971 - the first car I ever owned and something that meant so much to me for so many different reasons. But I just felt it was time. I practically gave the X to my closest friend in Mpls where I had been born and raised and this guy had wanted that car throughout our entire 50+ year friendship. But that’s who I wanted to have it and where I wanted the car to be. The car has a legacy up there and not many people don't know whose car it is/was. So not to bore you further with back story I‘m up in Mpls right now enjoying my family and close friends - and the X. We took a few nostalgia trips today around to a couple of familiar haunts. One my old high school - St Anthony Village High and then to a lake/beach we all used to hang at looking for you know what. Took a few pics and a short video of me and the X. I can tell you the pangs are still there. But my buddy is winning or placing very high in every show he enters - Including the Midwest Street Machines National a couple of weeks ago. Top place for Mopars. A big engraved cup trophy. He’s having the time of his life. I thought maybe you guys would enjoy a few of the pics we took today. Hope so,- Enjoy! BTW - That‘s me at the wheel and in most of pics - The handsome one….. (I’ll leave that as a subjective comment) 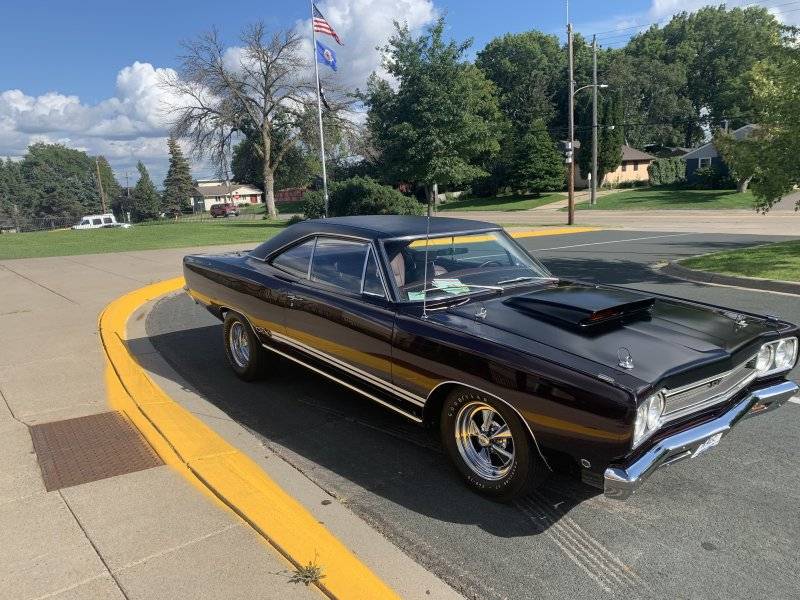 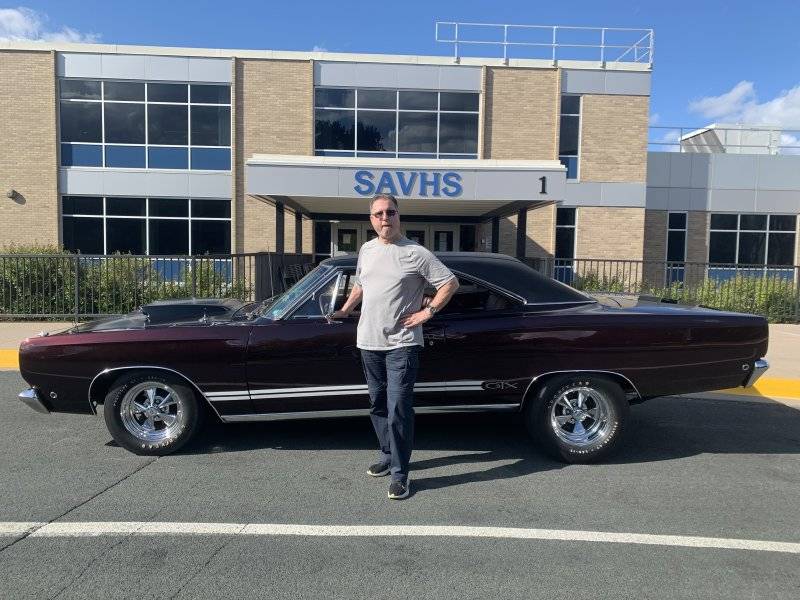 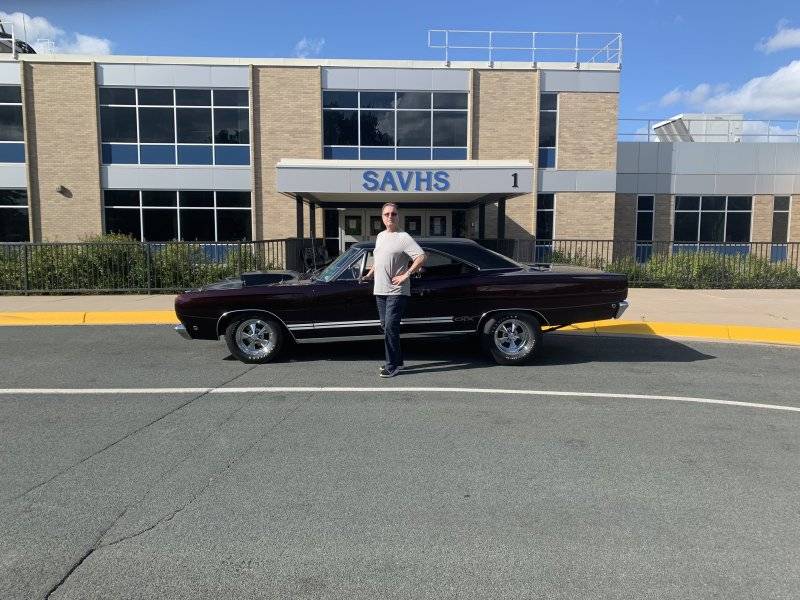 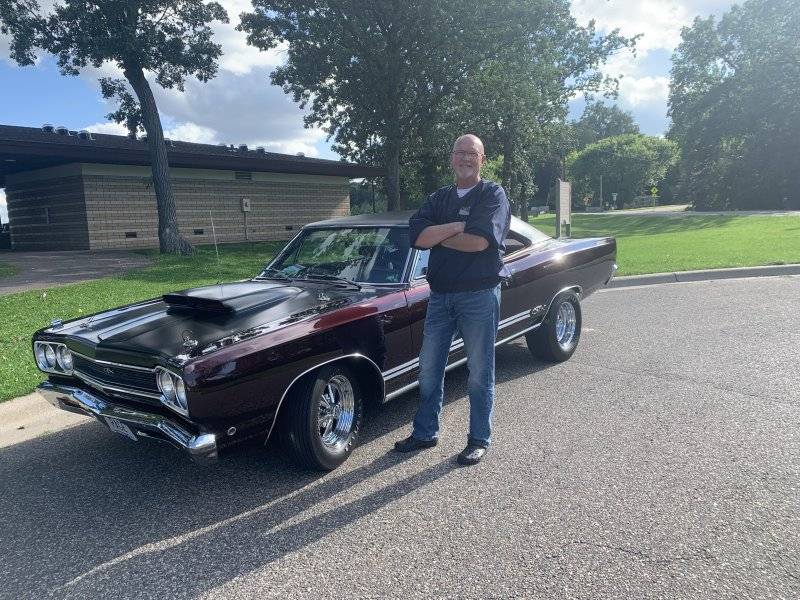 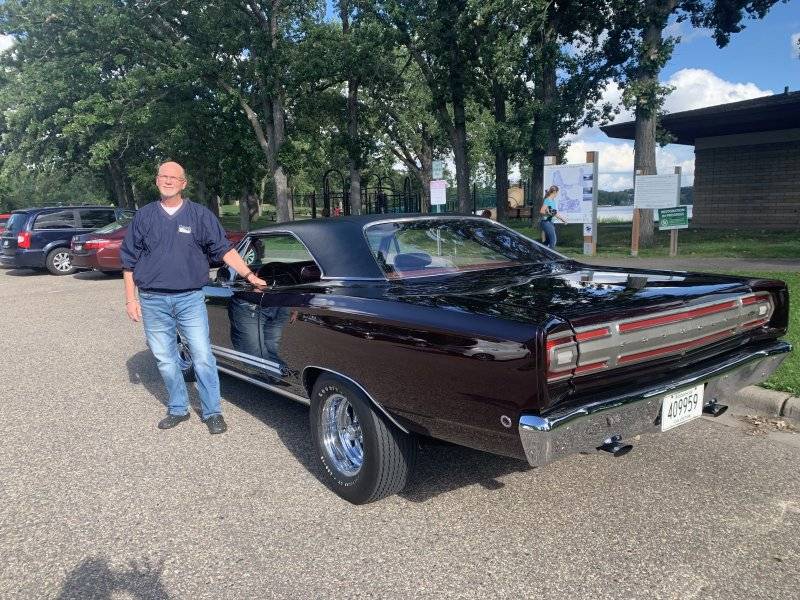 Ok guys - a big build up and then only a couple of pics. Can’t figure out why but the video and a few other pics show in my photo library - but when I try to load to this - for some reason they’re not showing in available photos to add. Annoying - but at least the short vid was worth posting - Can’t figure it out.

If you put the videos on youtube, you could then add the link here.

Photon440 said:
If you put the videos on youtube, you could then add the link
Click to expand...

Thx Photon but I don’t know how to do that either. I’m a bit surprised it’s just not showing up in iPhone photo gallery or iPad when it comes to attaching it to this post. It’s otherwise there for me to view - Then I post and want to add photos - not there. it’s only 40 secs. Any thoughts on that.

GetX'd said:
Then I post and want to add photos - not there. it’s only 40 secs. Any thoughts on that.
Click to expand...

It doesn't matter how short it is....you need to find a twelve year old to help upload to a YouTube account - it will be so easy then.

what color was that ?,
it looks like a Dark 'Candy' Cherry/a Poly or Metallic
base/color/clear 3 stage or min. 2 stage
of some sort

I love the rake!

kiwigtx said:
Need a pic of the "Mini me" in the hands of your buddy

kiwigtx said:
It doesn't matter how short it is....you need to find a twelve year old to help upload to a YouTube account - it will be so easy then.
Click to expand...

How about a 7 yo? That’s about what I can scrape up around here these days…… Lol

what color was that ?,
it looks like a Dark 'Candy' Cherry/a Poly or Metallic
base/color/clear 3 stage or min. 2 stage
of some sort
Click to expand...

Bud, the color was my pride and joy. I saw this color 20 years ago and it didn’t look that great on the car I saw it on - but right then and there I said to myself “Thats the color I’m going to paint the X when I refresh her one day“ I got the color code and that’s what I did. My buddy says that virtually everyone that sees it - their first comment is on the color. It’s called Black Garnet Pearl - and yes it’s a 3 stage paint system. Up close and personal it’s like looking into a deep pool of color - a mirror like finish. I was nervous having literally not seeing that color for 20 years how it would turn out on the X when done - there was no other color in the world but that one to end up on that car. Original color was that Mopar maroon they did back in 68. With the black vinyl top and the right wheels and the six pack set-up including hood it looked great then too but nothing like today. I made it look good back then literally waxing it once a week - Top and body with black paste wax for the top and turtle wax paste for the body. Wax on wax off….Lol.

After selling it a fender got some slight damage to it and my friend brought it to the Icon of paint and body restoration in the Twin Cities - this guy charges beyond ridiculous prices for his paint work - enough to make your teeth fall out no matter how much $$ you have. But people with the money don’t want anyone else. He took care of things to absolute perfection for big bucks - but he liked the car so much it now resides on his website - even tho he wasn’t the actual painter of the car - he just did that fender. As I said earlier coming up seeing the car again, driving it - giving it some go - pangs of remorse set it again as they do off and on. It was like giving up your kid for adoption - you likely never get over it. But I want everything back to when these cars were Kings and life was like it was. Never going to happen and car shows as a participant just never did it for me. It was the life - street racing, chicks, cold beer, driv-ins and so on. At the end of the day it was still time to let someone else get the enjoyment out of it as his son will also one day. So anyway as the world turns…
Last edited: Aug 26, 2022

GetX'd said:
How about a 7 yo? That’s about what I can scrape up around here these days…… Lol
Click to expand...

That is just too cool, seeing the one back then, back to its roots, the torch passed to someone who appreciates it as much as you did.

kiwigtx said:
Need a pic of the "Mini me" in the hands of your buddy

Ok @kiwigtx here are a couple of pics with mini me and it’s big brothers power plant - in his garage. I hope this will suffice. Both he and I are very grateful for your generosity on those little guys. 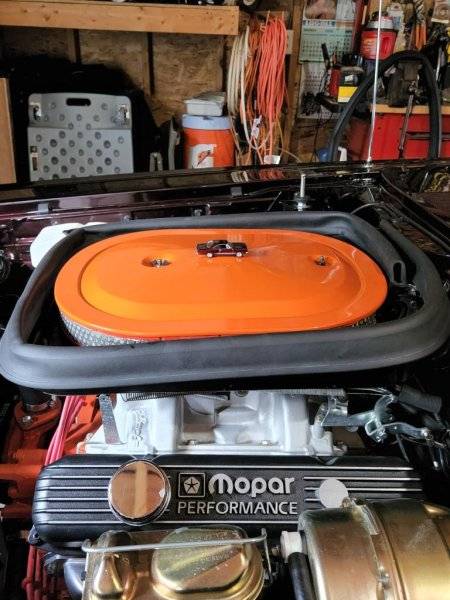 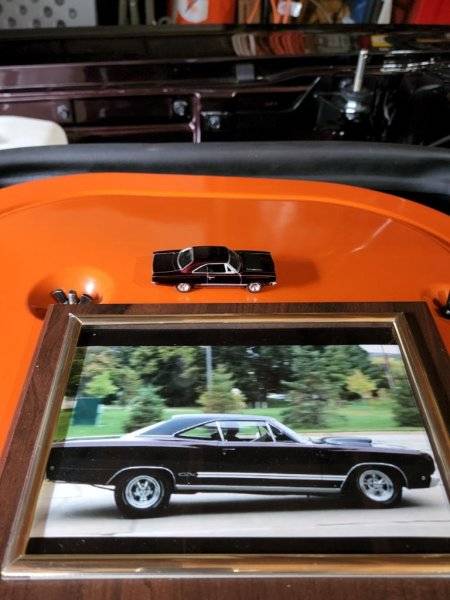 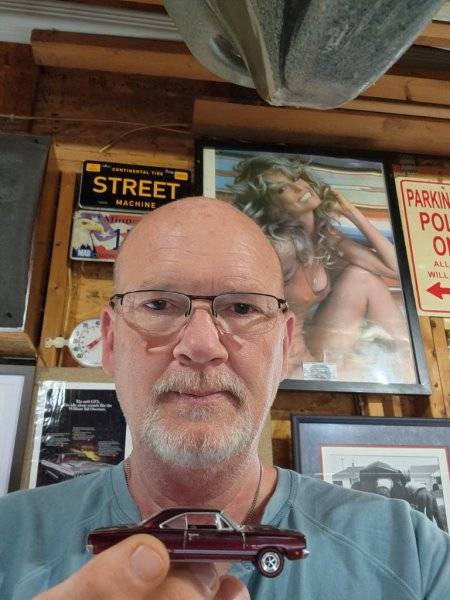 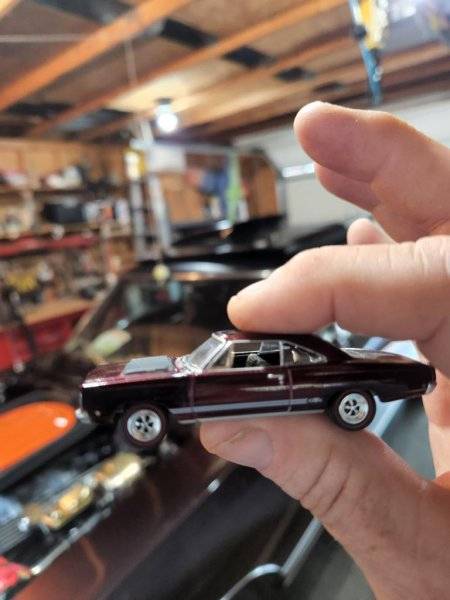 Paul Harvey: The Man and the Birds--A Christmas Story

The One I Loved Back Then Is Home
2