What's the Dumbest Thing You’ve Done to Your B Body?

I bought my 73 Charger back in 1981, and used it for my daily driver until I started modifications in about 1985.
It was originally had a 318 automatic, so keep that in mind in the following adventure.

I am from Ohio, and for you those that don't know, one of the main reasons its called the rust belt is what it does to cars. My charger was originally from North Carolina and after 4 years of use in Ohio, most of the body panels had rusted through along the bottoms.

One of the things we did back in the day was to bring up cars from down south and flip them for a profit.
Well, sometime around 83 or 84, two friends and I did just that. Joe, Rob, and I traveled to North Carolina, went to a few auctions, and ended up with an early 70's Ford XL GT (Joe is a Ford guy, more stories for another time.)

Being in our early twenties, we could get by on very little, and as a matter of fact all 3 of us spent 3 days in my Charger, including sleeping in it. (We may have had more sleeping room once we got the Ford, but I can't really remember.)

Now for dumb thing number one. We had to get the Ford home. Why we didn't want to just drive it, I don't know. We probably didn't want to spend extra money on gas. What to do? Put a trailer hitch on my Charger of course. At least we had the foresight to bring a trailer hitch and tow bar with us, plus tools. Tells you how much room we had in the car for personal stuff.

So there we were, in the parking lot of a gas station in the Carolina summer heat, drilling holes in my car frame with a corded 1/2" drill motor. That thing would get so hot you couldn't hold onto it. We got the hitch mounted and everything hooked up, we were ready to go, but man were we hot! Luckily for us there was a hotel next door with a swimming pool. My buddy Joe was a real out of the box thinker. It's not that we weren’t guests of the hotel we just weren't paying guests. I can still remember how good it felt to cool off in that pool. I also remember being surprised to see all the dirt from the gas station parking lot laying in the bottom when we got out.

On to dumb thing number two. We towed that POS Ford all the way home with my 318 powered Charger. I guess about 400 miles, up through the Blue Ridge mountains. I don't really remember the Charger having much trouble pulling it. We did a lot of the driving at night through heavy rain, so a few thrills there.

But I guess that’s how we did things back in those days. The cars were just cars, tools to us, and were young and didn't know any better.

I guess I'm lucky I've never sold anything.
And as far as took it apart, well I don't want to talk about it lol.

Hesitating to get started, and moving forward, with my '65 project. Age can be a Real enemy...

I sawed that damn factory sunroof that leaked off with a sawzall with a foot long blade! Problem solved! 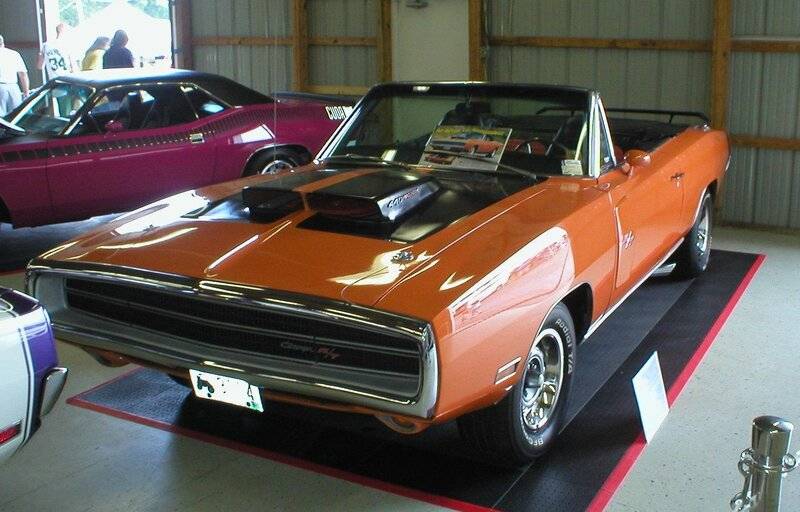 padam said:
But I guess that’s how we did things back in those days. The cars were just cars, tools to us, and were young and didn't know any better.
Click to expand...

Now that's a statement that many of us can relate.
Story time ! This happened in the late 70's.IT WASN'T ME. 2 guys I new (late teens)went to look at a Dart non runner.
They went in the one guy's 70 Cuda. Made a deal now time to tow it home.All they had was a rope.Tied one end to the Dart.Cuda owner got the bright idea to just tie a big knot and slam that end into the TRUNK!
Granted to say they didn't get too far.Carnage to that poor Cuda. Kids will be kids..

I took it to Good Carma to get "restored". The name is pretty ironic in hindsight. I now have a 68 Charger with crap paint and every single function of the car half finished. My retirement dream is now a hanger queen :-(

I guess I'd have to say that I chopped up a few for parts that should have been saved instead. Before you all hang me... I can at least say I never chopped up anything with a 4bbl carb. Just non-performance cars.

tmaleck said:
I took it to Good Carma to get "restored". The name is pretty ironic in hindsight. I now have a 68 Charger with crap paint and every single function of the car half finished. My retirement dream is now a hanger queen :-(
Click to expand...

Get it running and drive the wheels off it.

Blew up my nice hemi mufflers to smitherenes.
A bad day and my ears are still ringing.

Put a remote outside mirror on my Satellite.

The two poster the mirror was busted and I had that. Needed mirror to pass DMV inspection. Didn't know car would be collectible.

Sliced up a perfectly good hood trying to be creative in the hood coop department. Had to toss it and buy another. lol.

chargervert said:
I sawed that damn factory sunroof that leaked off with a sawzall with a foot long blade! Problem solved! View attachment 1257281
Click to expand...

tmaleck said:
I took it to Good Carma to get "restored". The name is pretty ironic in hindsight. I now have a 68 Charger with crap paint and every single function of the car half finished. My retirement dream is now a hanger queen :-(
Click to expand...

Sort of a dumb thing. In 1974/5 sold my 62 Dodge Polara for $975. Hemi with crossram, Hemi T-flite and Dana 60. Well in 1984 called the guy who I sold it to and bought the drive train back for $2000 draining every last cent out of savings account. Promised my wife I'd sell $1000 of parts to put some money back savings. Sold set of Hemi heads, rockers VC and plug tubes. Kept my word.

What REALLY hurt a few years later she said I didn't expect you to pay back the $1000.

Had my 71 GTX Bumper jack in a 72 Satillite that I sold. Ended up with the 72 jack that doesn't work on my car. Still pisses me off. Lol

That haunted me so much I bought my current 2018. Same exterior color. Same 440 4-speed performance. (Different interior) Car is just as enjoyable than my loss so many years ago. But car does have a different personality. Not as quick thru gears. But much better on big end. She is gliding nice and still pulling a bit at 140 MPH. Both Dana 3.54:1 rear. This guy with taller tire on 15" rim is the gear difference.

(For those who aren't sick of seeing quick walk around vid. Lol. I still aint!)

Will the Explorer ever be collectible?

A completely differant way to spend a weekend

Do you remember when we got to hit old cars with a sledgehammer?