Were any AWB cars built w/ just the fronts moved forward? If so please post pictures.

No , doing that would not put more weight on the rear wheels , that was the reason for moving the back wheels forward , The AFX cars had slicks that were not like the rubber compounds that we have now , moving weight around and using powered rosin to help traction . Moving the front wheels on the AFX cars helped handling when the rear wheels were moved . The shorted wheel base cars were a little shakey at high speeds . I grew up in the era and watched the cars that ran at that time .

The RAMCHARGERS had a 64' Dodge 330 with the front wheels moved forward. It was known as "the 2% car". It was restored in 2015 and I think it is in a private collection today. Dick Landy moved the wheels forward on his 64' dodge, before rebuilding the car with all wheels moved. I am not sure if the rears were moved slightly at the same time or at all by the various teams as I have not looked much into this. It's hard to tell from photos but I believe that the fronts were moved only, at least to begin with.
While not factory constructed, they were none the less known as "altered wheelbase cars", and no doubt their testing led in part to the creation of the factory AWBs for 1965, and the worlds first "funny cars"
As for photos, Google "1964 dodge/plymouth awb" and you will find the photos you want and more.
Last edited: Dec 15, 2021 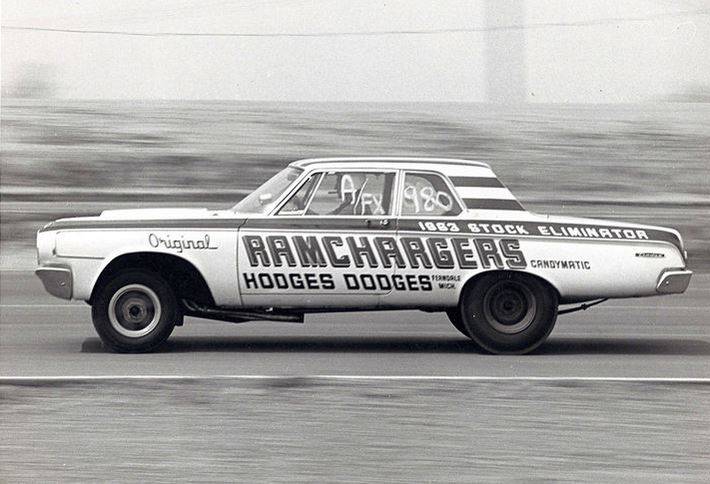 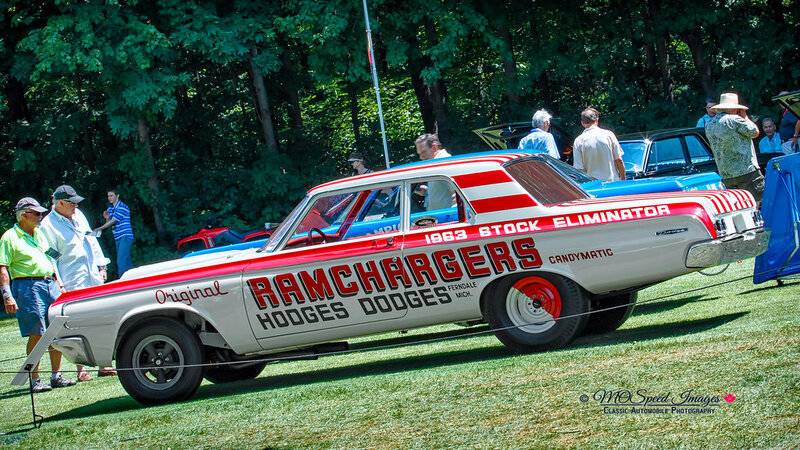 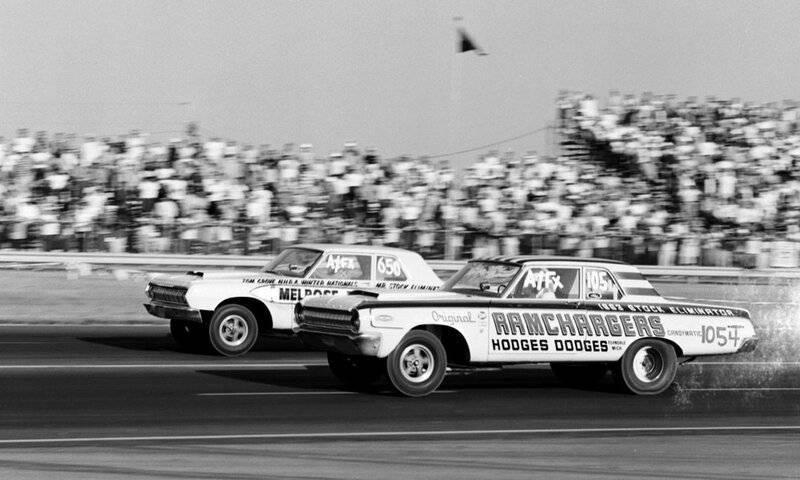 The rears appear to be moved ahead in this photo of the RAMCHERGERS car. Rear wheel house lip looks to be cut to fit larger tires?
The "MELROSE MISSLE" does have the front wheels moved.
Last edited: Dec 15, 2021 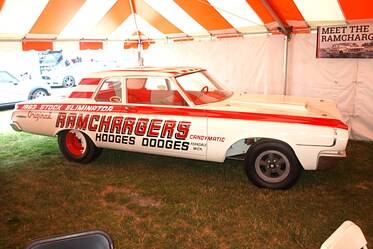 A lot of guys would run a straight axle and do a motor set back . 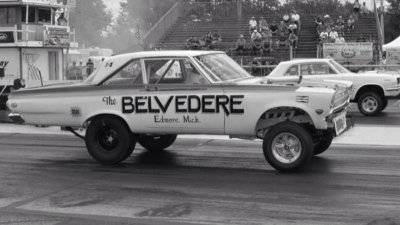 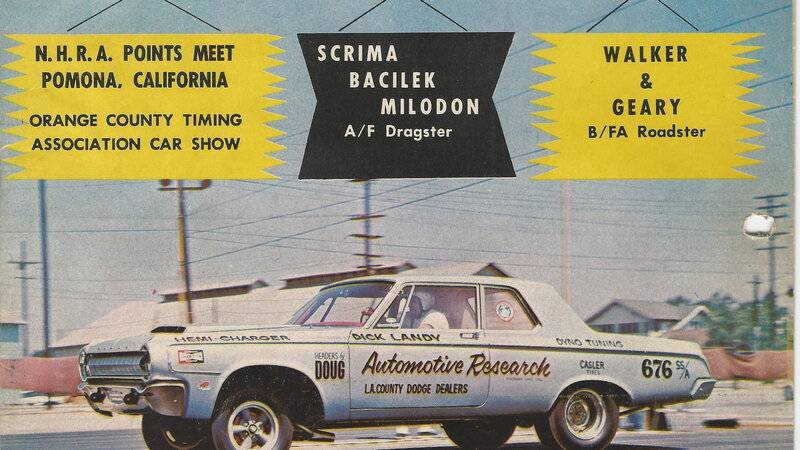 What I do know is that these cars were AMAZING! Looking at them makes me love my 64' Dodge and 64' Plymouth all the more. HISTORY BABY, HISTORY!!

Ok the 2% cars had both the front and back wheels moved forward 2 inches , there were 2 Plymouth and 2 Dodges ,this was done so that they could get more traction with the new Hemi for 1964 .
Last edited: Dec 15, 2021

A friend of mine has a '65 with just the rears moved forward, would that be a 1% car? lol
He said it was done with factory panels to a stock 65 car back in the day. I don't have a dog in this fight, but I believe him, he knows his Mopar stuff, and I've seen the car multiple times and it looks the part.
Only crappy pic I have on my phone.

I did a little looking and came up with the following: From Al Kirschenbaum, RAMCHARGER team member, Re. 2% cars- "...original cars were fitted with Max Wedges (for the Winternationals), but later changed out for Hemis- (Dodge) wheels were moved forward a total of 4 inches front and rear- front torsion bars were 4 inches longer than stock with the rear end including springs and shocks also moved 4 inches - to retain a stock look the rear wheel wells were actually moved 5 inches forward and carefully body worked- 4 factory cars in total were made- Ramchargers, Al Eckstrand, Dave Strickler and Tom Grove- All the 2% cars were built at a local Detroit body shop (Alexander brothers)- Landy did his own work, non factory car- cars came with a factory directive that they were to be used for FX and match racing only- with the Max Wedges these cars were unbeatable..." Jim Schild in his book MAXIMUM PERFORMANCE: Mopar super stock drag racing 1962-1969 states that the 2 Plymouth cars did not have their rear wheels moved at all "...the rear axles were left stock in the Plymouths because the cars already had a shorter wheel base than the Dodges..." Also, "...the first REAL Hemi (2%) drag car to race was the Ramchargers Dodge at Detroit Dragway in April of 1964- It ran in the FX class with Jim Thorton at the wheel and set elapsed time and speed records in it's class..."

Well anyway I stand corrected on some of my statements and now I know; Thanks internet and Jim Schild. Still, some of the coolest cars EVER!!!
BTW funnycarman, thanks again for the Joe Suchy list. I'm in the middle of ordering some stuff for my 64' Dodge Max Wedge Trib. and hoping that Santa
gets my letter in time!!
Last edited: Dec 16, 2021
R

Thanks for all the replies. I may have been thinking about the 2% cars. Attached are some A-body's that look to have been made this way.

I recently picked up a 65 Coronet shell that would be a good AWB candidate. Its solid so leaving the back alone would make it all that easier. 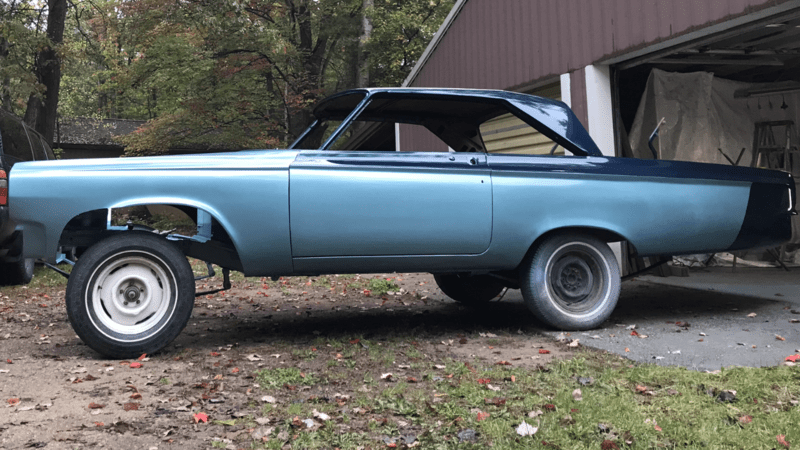 I just built another one myself it’s the seventh one so far ! 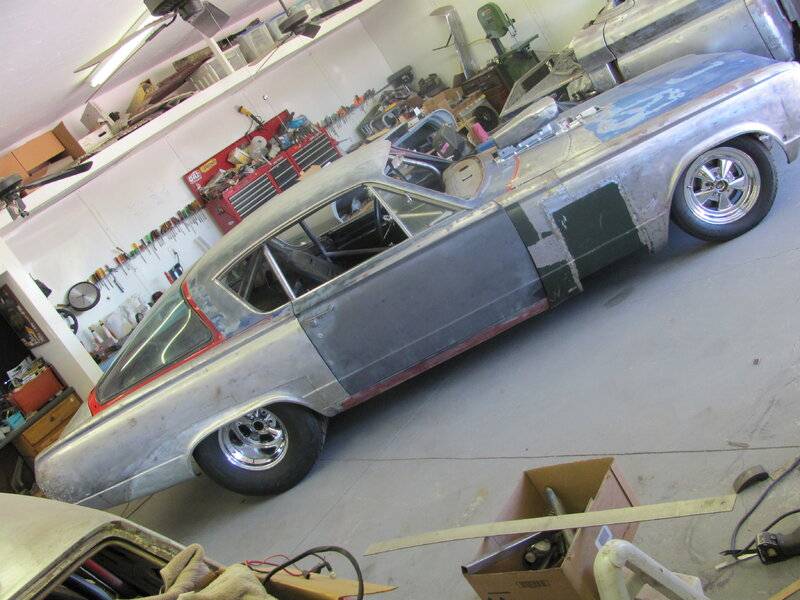 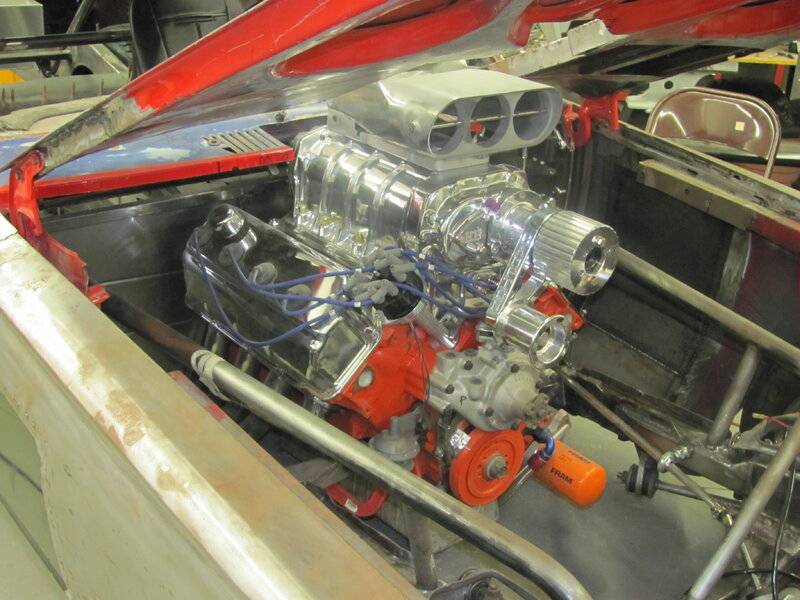 Very Cool!! I saw these photos in the back of a Mopar mag some years ago. Is this your car funnykarman? Great work, do you have any updated photos or a build thread? I REALLY want to see more!!!

Holy CATS!!!!
You must log in or register to reply here.