In my 73 Plymouth Chassis manual it mentions that only 440s came with a vapor separator at the fuel pump for vapor lock. So, did those configurations run a third line back to the tank or did the vapor return outlet on the separator go to an input on the charcoal canister? I came across an article at mopar diy that says that if there is a carbon canister, you can just run the vapor separator outlet to that. I've been trying to find a picture of a 73 440 engine compartment or motor with a vapor separator, but not having luck. In my configuration, there are two lines going from the tank. One from the tank vent to the carbon canister and one from fuel sending unit to fuel pump.
Based on the article, my thought was I could add a vapor separator and just tee the vapor outlet of the vapor separator into the carbon canister instead of running a return line and installing a fuel sender with the 3/8 output and 1/4 return.
Any thoughts are appreciated!
The article is here:
Mopar Engine Performance Guide: Fuel System and Tuning - Mopar DiY
I've included a cap of the article, the second sentence below the image mentions running to the gas tank or the carbon (charcoal) canister. 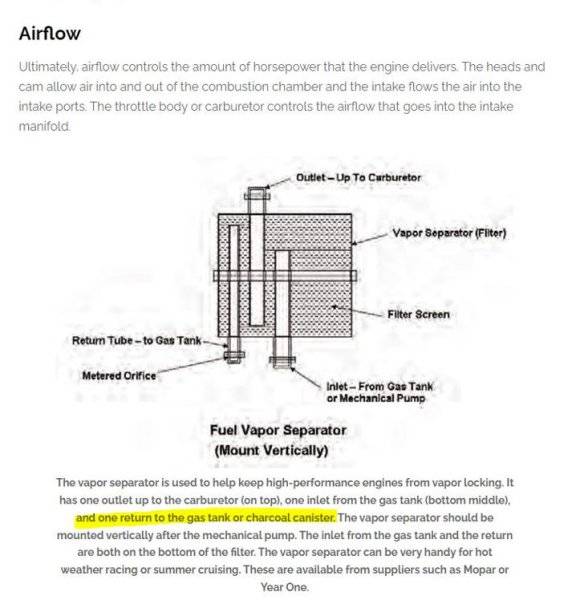 That wont work.
The vapor separator hooked to fuel lines at the fuel pump uses the small line to return a small amount of fuel back constantly to the tank through a return line while the car is running. The vapor canister that hooks to the charcoal canister is the small can bolted under the car to the shock crossmember. It has 5 ports, 4 of which come from each corner of the tanks vent lines to vent fumes and allow room for expansion& contraction in the system. The 5th port vents fumes into the charcoal canister though a line that heads from that can to the canister...
Keep digging. You'll find some diagrams that'll explain things but you cannot vent the vapor seperator to the charcoal canister, it must return to the tank, as it has raw fuel not fumes.

Thanks! That was my concern about the fuel getting through. Thanks again!!!

So wouldn't you know it but a 73 440 Road Runner showed up on eBay today -- three lines! Thanks again everyone! 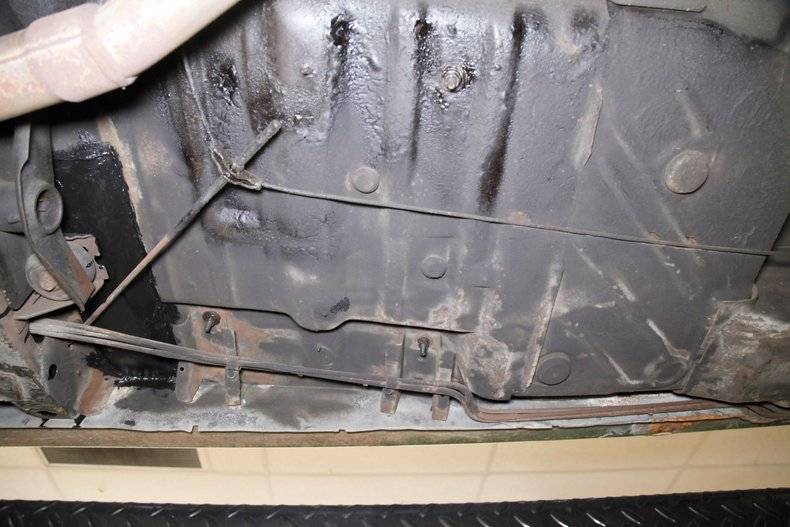