I posted this over on an E-body forum and every response was to rebuild the 72 Challenger next. I just bought a rolling shell 72 Challenger missing the engine, transmission, grille and fiberglass header panel and front fenders for less than $500. Pretty much everything else is there except for bucket seats. This Challenger has very little rust. Some rust in hood hinge area and a 1" spot on drivers rear quarter, that's it. I have 70 Challenger front fenders and grille with everything else. My 16 year old grandson is helping me finish up my 74 Charger Rallye we've worked on together. I have another plain Jane 74 Charger waiting to go into my shop. It is 100% complete with only one rust area behind right rear tire about 1 inch in diameter. My grandson wants to put this Charger on the back burner and work with me on getting this Challenger together. He enjoys working with me on cars although at 70 years old, I move too slow for him. My friend who sold me the car realized he would never complete the Challenger and wanted it to go to someone who would put it back together. He's offered to give me a running 360 for it. I figure it will take me 300 man-hours and $15K to get the Challenger back on the road. It will take me 150 man-hours and $7k to complete the Charger as I have already bought the parts. I showed my grandson the front grilles and tail lights of the 70, 71 (I have 2 of the 71s completed) and 72-74 Challengers and he likes the front end of the 70 and back end of the 72-74 Challengers. So, what is the opinion here? Should I put my 74 Charger back on the back burner and move to do the Challenger next? Should I put the 70 front sheet metal/grille (which I already have) on the 72. He wants to do the Challenger as a change form a Charger. It's a good way to get him in the shop and away from video games. I'll include a photo of the plain 74 Charger and some photos of the 72 Challenger.
Terry W. 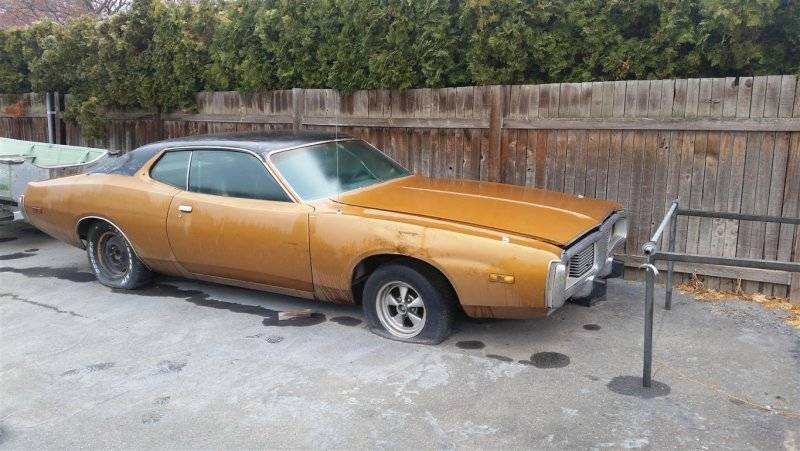 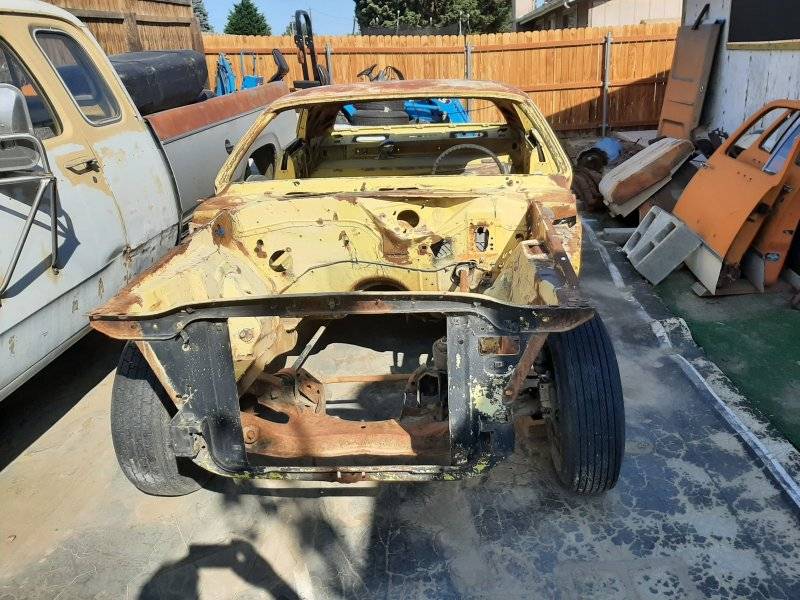 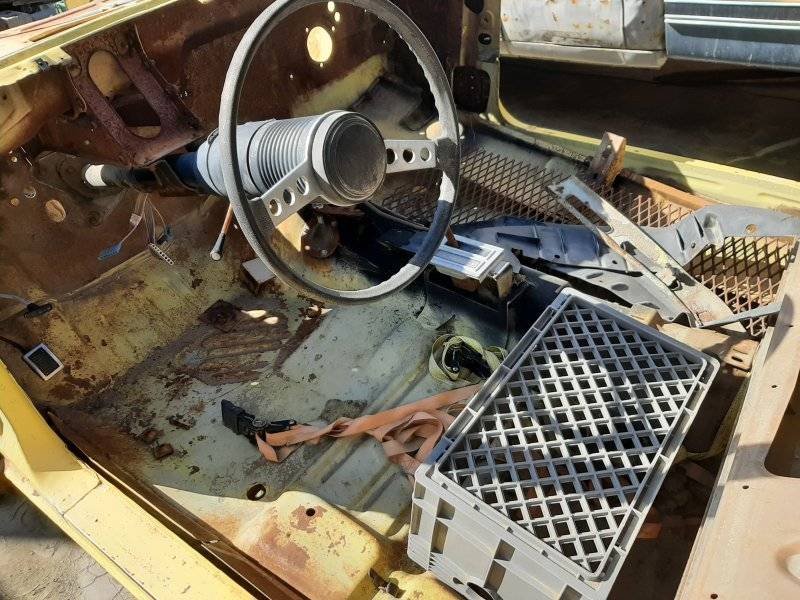 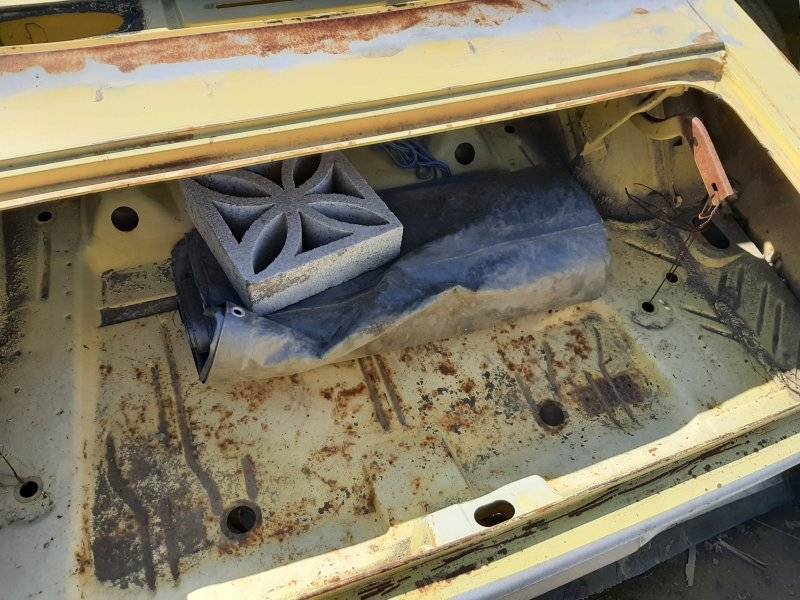 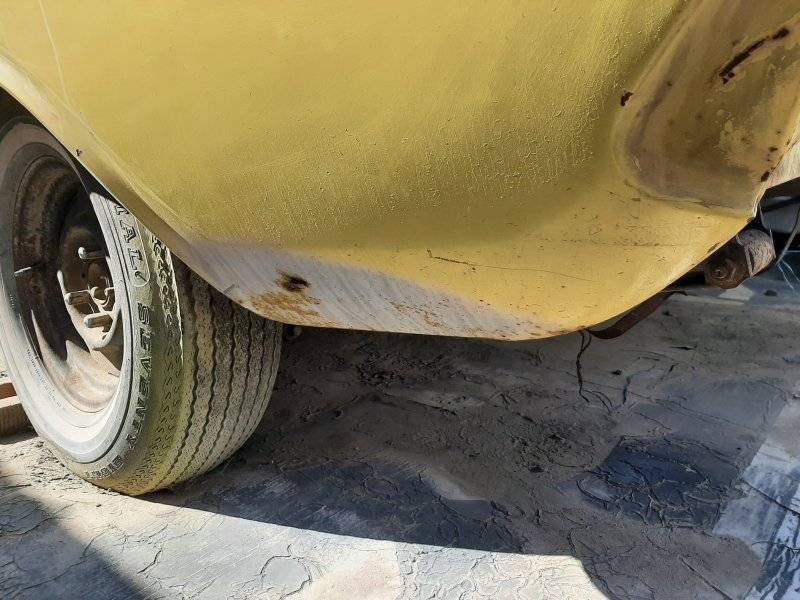 As a fan of the (lowly?) 73-74 Chargers, I would still say change things up and build the Challenger. The added benefit is that it will keep your grandson helper more motivated and engaged. Have fun!

Don't "restore" the charger.. looks fairly complete.. get it running and driving with your grandson, and make it a solid cruiser with some nice wheels/tires and a good sounding exhaust... he gets the joyment of working on it with you, but then you also have something to cruise around in that he helped get running while you work on the challenger. Gets the sense of accomplishment and can take him to cruise-ins and drives with the charger.. will keep you both motivated for the challenger too...

Both good car's. I do like Challenger's, so I opt for that. However, I much prefer the looks of the '70 front and tail lights.

There’s a chance your grandson may be temporarily burned out on the charger, maybe do some work on the challenger to change things up.

It’s great to hear that he’s helping you out, how old is he if you don’t mind me asking?

The 72s were kinda neat, in amongst all of them. My buddy has one.
Which model challenger is it?
T

Do the Challenger. For the sole reason that it means you'll get to spend more time with your grandson!
T

UPDATE. It's been decided. We are going to do the Challenger. It will be changed over to a 70 including tail lights and side markers. I'm unsure what to do about the Charger now. Several people in the past were interested in buying it. We placed an ad to sell a small fishing boat several months ago with photos where the Charger was seen in the background and several people called about it and not the boat. I really wanted to do the Charger but my grandson is excited to do a Challenger. I gave him the Charger Rallye we're finishing up but now he'd rather have the Challenger when done. He wants to switch it over to a red body 360 with a 4 speed. My son and I did this almost 20 years ago to a 71 Challenger less complete than this one, which is stored in the garage where my grandson lives, so he sees it all the time. He's committed to doing this Challenger. So, the adventure begins. This will be the 7th Challenger I've done. I just bought a 4 post car lift so it may be easier with this one.
Terry W.