For the first time ever, a foreign car company became the number one automaker in America in 2021. Toyota outsold General Motors, which had been the top-selling carmaker since 1931. Toyota sold 2.3 million vehicles in 2021, increasing their sales by 10% from 2020; at GM, sales dropped by 13% from 2020.

One of the contributing factors to the end of GM’s reign atop the car market was issues in the supply chain that led to semiconductor chip shortages. Here’s what happened over the year that led to Toyota’s ascension to the number one carmaker in the U.S. — and implications the company’s strategy has for the auto market in the future.

Many industries have been disrupted as a result of the COVID-19 pandemic and the auto industry was no different. However, some experts see pandemic-related supply chain issues as a detour for the long-term changes taking place across the auto industry.

Consumer demand for electric cars is one trend shifting the dynamic of the auto market. Many companies are spending billions to design battery-powered cars and the manufacturing plants that can produce these models. Most automakers are a long way off from competing with Tesla, but nevertheless, have prioritized spending with this goal in mind.

Toyota’s Prius, a hybrid vehicle, is the dominant model in this category, though Toyota is considered behind in the race to launch a fully-electric car. GM, on the other hand, was forced to suspend its manufacturing of the Chevrolet Bolt, its main electric vehicle, because of a battery issue.

Gaining market share in the electric vehicle category was among the top priorities for both GM and Toyota until the pandemic started. But COVID-19 changed the dynamic significantly, causing a semiconductor chip shortage that reverberated for automakers worldwide.

Causes of the Semiconductor Chip Shortage

There were a number of factors that contributed to the semiconductor chip shortage. First, demand spiked for cars following the pandemic, an unexpected outcome for which many automakers were not prepared. This was followed by a series of unfortunate events that few could have predicted.

“A freak cold snap in Texas in February shut down factories at top chipmakers. Drought in Taiwan around the same time threatened to dry up the island’s semiconductor supplies (since chipmaking requires pools of water to wash away industrial chemicals),” wrote Fortune. “Then, in March, a fire tore through a factory at Japan’s Renesas — a key chip supplier for the industry.”

Ultimately, this forced GM, Ford, and European carmakers to slash production dramatically. By one estimate, the global car market lost about 4% of total sales in 2021 — roughly $110 billion in revenue.

Toyota, however, was less impacted than GM and other carmakers. This was because the brand learned from the 2011 Tohoku earthquake, during which the company struggled for about six months to recover. To prevent future downtime, Toyota designed a new strategy.

“The automaker came up with a list of about 1,500 parts it deemed necessary to secure alternatives for or to stockpile. The company also put in place an intricate system to monitor the vast network of suppliers that produce those items—and the smaller companies those suppliers buy materials from—to develop an early-warning system for shortages,” reported Bloomberg.

This strategy allowed Toyota to stabilize production and carefully manage its supply chains, ultimately beating out GM for the top spot in 2021.

The Future for Toyota and GM

Though Toyota may be on top for the moment, the company itself doesn’t expect to dominate for long. “Yes, we did surpass General Motors in sales,” said Jack Hollis, Toyota North America’s senior vice president of automotive operations. “But to be clear, that is not our goal, nor do we see it as sustainable.”

As the global economy and supply chain recovers, GM is likely to turn its attention back to fixing the flaws of its electric vehicle. The company has announced its goal to produce only electric vehicles by 2035. If anything, GM’s sales results in 2021 prove that GM should focus not only on creating new technology but also on shoring up supplies of the technology it needs for its existing products.

Its really more simple.. Toyota makes a better vehicle than GM. I drive one every day.

I think the public perceives Toyota as a lower priced and better designed, more trouble free autos and trucks than GMs. Somebody taught the Asian carmakers how to sell to Americans.......
Y

bandit67 said:
I think the public perceives Toyota as a lower priced and better designed, more trouble free autos and trucks than GMs. Somebody taught the Asian carmakers how to sell to Americans.......
Click to expand...

Hope this wasn't posted here earlier, if so, disregard

Kind of long but VERY informative.

Not meant to be political so please hold your comments - don't want deleted.

Dr. William Edwards Deming (1900-1993) was one of the pillars of the quality revolution after World War 2. As statistician, engineer, and a physicist, he’s the first American quality guru who brought the message of Quality to Japan in the early 1950s.

I have a 2005 Toyota Tacoma. I bought it used it has 235k miles on it. My Co-worker bought a 2018 Chevy Silverado. Since about 4 weeks after buying the silverado he had a number 8 cylinder misfire. I told him not to be driving it like that but he never listened. He finally got around to taking it to a shop and he had 0 compression on number 8. Pretty sure he melted a hole in number 8 cylinder. My toyota has not missed a beat and just had my emissions done and was not afraid to take it there.. I knew it would pass with flying colors.

Never bought/owned a toyota or any foreign company car. Never will. Funny. Although I buy/drive mopars, I've bought GM and Ford vehicles for family many times over the years. Each and every one of them as good or better than imports. Ex: bought a new Impala, in 8 years only non-maintenance repair was a clogged fuel vent line, cost $45. In the auto business, my perception is people who buy foreign cars are more conscientious about routine maintenence.

I read that the ford mach-E (call it a mustang if you want, but I won't), despite the hate it's received on boards like this...is now the second best selling full electric SUV, behind the tesla Y.

YY1 said:
I read that the ford mach-E.
Click to expand... 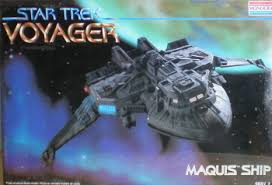 I’ll never drive a Toyota. Or a Honda.

I had a silverado work truck for years.. Many many problems with that truck. Transmission 2 times, misfire, catalytic converters, Electrical issues galore. You cannot sell me on the reliability of a GM product. We also had Astro vans, Express vans and Savannas. My boss was a Chevy guy and every one of them were piles of junk.

I maintain that the reputation earned by US automakers during the late 70's through the early 90's is still the main reason most people perceive Japanese and other foreign cars as "better".

She had a celica in the early-mid 90's (I still haven't figured out exactly which year despite showing her several pictures), and said it was one of the worst cars she's ever owned.

Other/more data. Maybe it needs to be updated.

YY1 said:
I maintain that the reputation earned by US automakers during the late 70's through the early 90's is still the main reason most people perceive Japanese and other foreign cars as "better".
Click to expand...

100% behind that remark. I have seen disasters from both American and Japanese cars. A neighbor of mine “Used to be a Chevy fan” until there pair of SUV’s treated them worse than a red headed step child in a racist family. Incredible how often these to vehicle were down.
They now own trouble free Hyundai SUV’s.

On the flip side, an old school mate works at a Nissan dealership. Being both gear heads since Jr. High school, we got talking. He has no love or hate for any manufacturer and has stated that no matter where he was, a car is a car is a car and they all come in bar now one brand more than another and no problem different or odd. He laughed and said “They all suck!” And that’s what keeps me feed and housed.” He was also telling me of other mechanics in other dealerships with the same conclusion.

I was given a ribbing (all in good fun of course) on my ‘79 Magnum and it’s wonderful lean burn and it’s known issue of suddenly cutting out. The previous owner used the orange box conversion.

I bought the car with everything working except the A/C.
His paper work of repairs was quite extensive in details but not a long list of things outside the normal repair and replacement parts listings. The 318 had over 323K miles on it in 10 years.

Since owning it, the rear defrost just stopped working.

As use gear heads know, up keep of fluid and filters are key to long life and so did the last owner. If anything else goes bad, it’s probably just from use. Everything has a life span and when it’s done, it’s done.

Actually GM has been Toyota's best salesman since the late 1970s.
It just took 50 years to erode the GM market share it had built.
Last edited: Mar 4, 2022

As long as the GM execs collect their huge bonuses all is well.

The only Chevy car I ever own was a 1994 pontiac Bonneville, regular maintace, had to change the ECU twice the dis module at least five times while I own the car, problems with the transmission and countless electric gizmos, love the design of the car but even my mom made fun of me about how many times I had to fix that car.

I resisted buying foriegn for years. All through the 80's and 90's. Watched jobs get eliminated.
Was mad at the Japanese car companies. In 2002, I finally got tired of owning cars that have
more miles going up and down on a lift than driving forward! In 2002, I bought a Toyota Sequoia
for $42k. Still driving it today. Frame rust problems, but runs like a top. Twenty years and still
doing great. In 2017, I bought my Wife a 2007 RX 350 Lexus. Wow! I'm no longer mad at the
Japanese car companies, I'm mad at G.M. and Ford! The idiots could not change, so they will
go the ways of the dinosaur. Mary Barra is another idiot. They won't change. Come on Tesla!
You must log in or register to reply here.

Toyota Warns (Again) About Electrifying All Autos. Is Anyone Listening?
2