Picking up where he left off

I wanted to introduce myself now that I’m ready to dive into my mopar venture.
I have owned and built many cars in my life. I started at 15 years old and I’m 42 now. Given the time in life that I grew up in I was a turbo Japanese’s enthusiast and still am. I own a well build 93 Supra turbo, Lexus ISF and a few others at the moment.
My father was always a Mopar guy and I grew up around Mopars. I knew someday I would build myself a mopar but wanted to do it right and take my time when I was ready. It was going to be a 70’ charger r/t or 67’ coronet r/t turbine bronze. Not inexpensive cars but that’s where I was headed or so I hoped.
My father bought a 67’ Newport custom turbine bronze back in 82’ and I grew up around that car.
About 7 years ago he found me a 68’GTX sitting in a garage that was in pretty good shape. I took my trailer out to the guys house and bought it that day.
My plan was to built it with my dad at some point. He knew everything mopar so between the two of use it was going to be a nice project.
Over the years since I purchased that car I got married and did a major renovation to a house for my wife and I. My father was busy building a 72’ RR GTX 4-speed N96 V21.
I was just about done with my house and my dad was at a good point with his project last year so this summer was going to be the time for my car.
Well, life has it’s own plans…..
My father unfortunately past away very unexpectedly last October.
Now I have 3 Mopars and I am going to continue on with them for myself and my father. I have zero intention of even getting rid of these cars because they are the part of him that lives on.

I will be here looking for everyone’s help along the way. Just to be warned I am not a purist and since I have no intention on selling these cars the purpose is to enjoy them yet keep them clean and well kept.

The 67’ Newport was just restored and has a build 383 with a 727. That car is never being touched again. I’m leaving it exactly how my dad has it.

The 72’ Plymouth RR GTX is a rotisserie resto that he was in the middle of making more changes to.
It has a 505 stroker motor being built at the moment which I intend to install this summer. Along with it is a Fitech 6pack setup. I’m probably going to need brakes and suspension to go along with the added power. I’ll start a thread on this car later.

The 68’ GTX was intended to become an all original restoration that would be as close to matching numbers as possible.
Now I’m off of that idea and I’m selling one of my other cars to fund a resto mod project for that car. Hellcat engine/termec with tubular K-member and 4-link.
I’ll also start a thread on that car.

Welcome aboard!
Best advice is don't be afraid to ask any questions, there's a lot of wisdom that is readily shared here.

Welcome from PA. I am sorry that you were not able to complete the project while your dad was still with you, but it is wonderful to see you carrying his work forward. I've been the custodian of six GTXs over my lifetime, and seeing a member of your generation taking up the torch is heart warming.

Welcome from Alabama, a great stable of Mopars.

Outstanding array of cars you got there. Like where you are going with your plans and thinking about your times spent with Dad.

hello and welcome from S Carolina,sorry for you loss. Does the Supra have turbos?

davek said:
hello and welcome from S Carolina,sorry for you loss. Does the Supra have turbos?
Click to expand...

Thank you, I appreciate it.
Yes, the Supra was an original 6-speed twin turbo targa top car in anthracite. One of 44 build in that combination.
It now has a big single GT4202r and a 3.1 (bored motor) with forged internals.
We build that car about 15 years ago and just keep it clean. It’s going to get a Tremec 6-speed this year but that’s about it.

Thanks to everyone for the kind comments. My dad got me into cars and I absorbed his passion for Mopars when I was probably 6 years old.
There is something special about these cars and I want to be a part of that.
I always loved the cool things that set the Mopars apart like the roadrunner horns, coyote duster, super bee, air grabber hoods, pistol grip shifters, cool colors, etc.
It’s pretty obvious that it is still cool to the younger generations as well considering the huge resurgence of new mopar muscle cars. There are so many of them around my area these days.
Considering I’m lucky enough to have my dads cars and can drive a 383/tourqe flight car or a 440 4-speed car it just seems to make sense to also have a hellcat swap. It blends the modern forces performed, tuned suspension, brakes with the classic B-body Mopars all in one. It’s the culmination of everything in my blood, and my dad would be jealous. I’d still give his stroker motor car a run for it’s money

Welcome to FBBO from NorCal Sierras

Welcome from Missouri!! Time waits for no one, now is the time. Sorry for your loss!

Welcome from the NH sea coast. Sorry for your loss. That’s a nice stable of cars you have there.

FitzyB5 said:
Welcome from the NH sea coast. Sorry for your loss. That’s a nice stable of cars you have there.
Click to expand...

Thank you. You are not too far from me. I’m north of Boston. 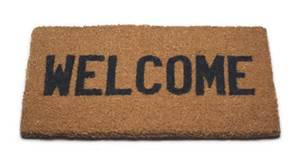 Welcome from Illinois!! Very nice Mopar collection there! Thanks for sharing your story and photos . . .
You must log in or register to reply here.