"That" day, the one that is inevitable but hard to deal with...Putting one of our 2 oldest dogs to sleep today...

My condolences sir, truly one of life's most emotionally painful experiences

I'm truly saddened to hear this Steve,
you're a good honorable man
you (the wife, rest of the ppack) have my deepest & heartfelt condolences
'goes out to you & all 'her' humans & dog friends'

a more loyal friend or companion you will never find

May Bitty RIP, all dogs must go to heaven
& it never gets any easier either...

IMO their only real fault (if you can call it that) is they don't live long enough
they leave us too quickly, steal our hearts & minds

Not taking anything away from anyone else, your posts are welcome and greatly appreciated.
Knowing @Budnicks and his relationships with dogs, I really appreciate the post buddy.
Oh, and PIC LIFTED!

So sorry to hear my friend.
There always seems to be one ( or more) that get to you and steal your heart. I took this and printed it with my dog's picture, and framed it. It's in my office to this day. 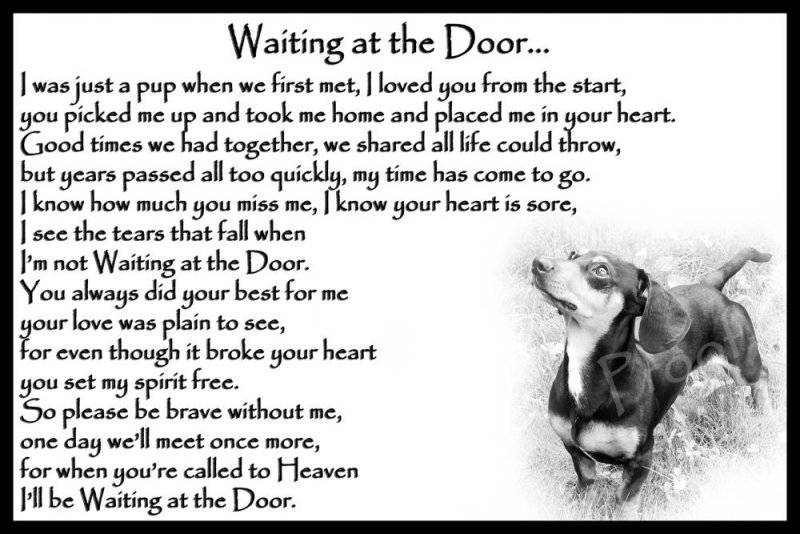 moparwacko said:
So sorry to hear my friend.
There always seems to be one ( or more) that get to you and steal your heart. I took this and printed it with my dog's picture, and framed it. It's in my office to this day. View attachment 1376644
Click to expand...

VERY nice!! Thanks a lot my brother!
Right now my wife and I are "bookends" for Tony (Bitty's brother) who is to my right, and Korben to Tony's right, my wife's left.

The other 2, "the girls" (now that Bitty is gone) Laney and Leeloo are on the couch diagonal to us.

It's nice being with them and able to take a little time before tomorrow when the melee of life crashes back in.

Thanks, yes! Good lives, adventure, we never went anywhere without them, severely altering our vacation opportunities. There were a number of reasons why we bought the lot 2½ blocks off the beach on the Mississippi Gulf Coast, for the week of Cruisin the Coast, the ONE vacation I know I can count on my wife, me, and the dogs. Construction design took into account the dogs being able to access the yard, the fences took into account that it's impossible for me to enjoy myself if I have any doubt about a secure yard.

Brings a tear to my eye as I have gone through this too many times and I can relate.
It always rips a piece of your heart out.
But your dog would be the first to say keep smiling I would not have my good life if not for you

So sorry I know that pain and it hurts like hell. Had to put both shepherds down within a year of each other. Never forget even after I got 2 new ones. We signed up for this knowing the outcome. RIP

I'm sorry, I didn't even read any of the posts. I know what it's all about. I know I would be in tears by the time I finished reading. That's why I can't read any of it. All I can say is... let me hug you at this time.
That's it.

My condolences to you and your family.
Hang in there, Bitty will always be with you.

Very sorry! Those days suck for sure! Even though we’ve seen it coming, still sucks!

We've been hanging out on the couch with the 4 dogs we still have, and Tony, Bitty's brother, has the best spot! It's good for all of us.

So sorry pal. Really tough to have to do.

Very sorry for your loss. May Bitty rest in peace.

Very sorry to hear about your loss… It’s tough but sadly we all know it when we get them.. Our black lab Zara lived over 15 years and it was tough when we had to say good bye.. Our current furry daughter is over 10 now and my family knows we sadly only have a few years left… Although her grandfather lived to be 20 I don’t see us having her for another 10 years. Love them while you have them! 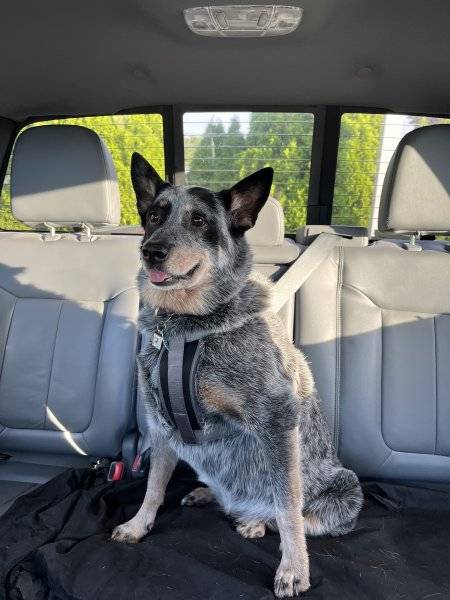 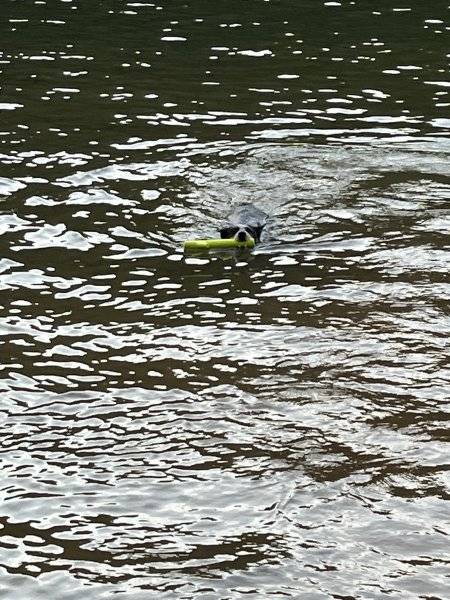 They are part of our lives like a family member. There is no human that loves as unconditionally as our pets do. Sorry to hear.

Thanks again, all of you.

I'm going to share a "Bitty Story" with y'all, because over the course of this afternoon and evening, a very few "Bitty flashbacks" have been popping into my mind. This one always makes me smile and laugh even now, and it is one of those "uniquely Bitty" moments. My wife and I drove southeast of east New Orleans, past Chalmette, to a very remote area called Shell Beach, to look at a piece of land, a lot, that was available for us to put our travel trailer on, so we would have a place to live and not have to pay rent. We had sold our house in Metairie, and that sale worked out well, but had to happen quickly, so we needed a stop gap place to "homestead". The lot was available because the really nice, 2 bedroom addition that her parents had built, along with the original camp house, were all WASHED AWAY in Katrina. To give you an idea, most of the flooding up to and past the roofs in ALL OF New Orleans East came up the MRGO, the Mississippi River Gulf Outlet shipping canal, and that canal was about one mile away from this lot. So there was over 20-25 feet of rushing water came through there.
Anyway, not many people had been out there since, not much fishing, so the devastation from Katrina was fairly undisturbed.
That includes...nutria rat, crab, and other small, formerly living CARCASSES!!
To convey the sheer JOY and wonder that Bitty had in her search and retrieve mission (she had self-assigned) I have to use highlights:
NUTRIA CARCASSES

Oh YES! Bitty was VERY proud and by the time we had finished looking around, decided that the lot would work for us for the few months we needed it, there were about 4 perfectly flat, round completely "freeze dried" appearing nutria carcass "discs" that our proud retriever had bravely gathered for us.
I'm sure she was "doing her part" in the evaluation, and she was letting us know that there were NO SHORTAGES of nutria rat CARCASSES, in a state of natural preservation that would not require any refrigeration or special storage!
But wait!!
I've saved the BEST for last...
At some point one of her "routes" was rudely diverted by the funkiest smelling old, dead, but unfortunately FULL of moist meat Blue Crab. If it was all dried out like the nutria rat, it would not have stank as bad, but OMG!! this thing reeked so bad buzzards were puking.
Well, "reeking" is a matter of perspective, and Bitty felt like she had found the GREATEST TREASURE on earth, and to CELEBRATE, was doing the "happy dog run", you know if you know..the exaggerated height they lift their front paws and legs when they run, the way she tossed it in the air while in motion, catching it and doing it all over again...
Yes, ALWAYS one of my best days, and fondest memories of Bitty.

I've lost many canine friends in my lifetime.
Extremely tough on the emotional side once
that bond has grown strong. Your friend was
loving, loyal, and trusting. The routine of
exercise, feeding, and close companionship
now a blank space in your life. My heart
goes out to you.
You can fill this emptiness with a new
companion, which will help to alleviate
the feeling of loss when concentrating
on a new friend. Dogs are truly a gift
from god.

I feel for you. Submit & I have had to put down two pets over the years. It's ruff.

My condolences buddy, it's never an easy thing to go through.
You must log in or register to reply here.

OK so I wanted a Labrador, having had two in the past.
2

Women that you dated and the red flags that you DIDN'T spot until after the fact! The saga of the 15 year old!
2 3

I gotta get off the grid...but at least NORAD is still tracking Santa each Christmas!