Never. heard of one, so I googled it and found this: 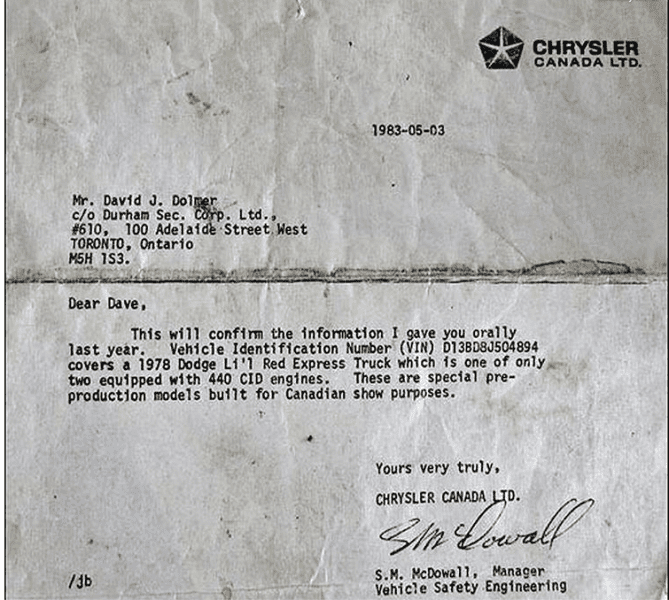 1979 dodge lil red express truck in absolutely beautiful shape inside and out, all the wood is in great shape, paint is great, pinstripping and lettering is beautiful. Its got a j 440 hp in it for...
denver.craigslist.org

Thats pretty cool, like we hear.... never say never when it comes to ma mopar.

Funny/odd, the lack of exterior pics in that ad....

I’m a bit of an LRE snob. There is legend of 440’s, letter you have is about the only evidence. Not sure I’ve never seen one where someone put all the documents together. Same goes for the midnight express. That document goes to one truck. It would also be for very early built 78 only, not 79.

For that truck, there’s a whole lot not ‘factory’ on that one. Simple casting and stamp run through against the build date of the truck would probably flush out anything. Also, no VIN stamp on the normal LRE 360 but there are stamps under the DS cylinder head on the block that are your evidence for a born with engine, but that’s a 360.

Also, if it was genuinely thought to be a factory 440 the price would be way more than $25k asking. $25k has become somewhat normal territory for asking price on a mediocre truck.

I was a kid, 13 in 1978. But my recollection of Chrysler is that they were totally abandoning anything Big Block at that time. They were in financial trouble and the money they did spend on V8 performance was on the LA engine. They were pushing the W2 heads at the time.

(They actually are, these days lol)

moparedtn said:
Funny/odd, the lack of exterior pics in that ad....
Click to expand...

had a guy checking out my '81 Utiline last year when I came out of the store. Told him I was going to add some Lil Red touches since a real one is out of my budget. He was telling me his brother had one he bought new with the 383. I told him 383s stopped in '71, and Lil Reds had 360s and came out in '78. He said no way, my brother bought it new in ;71 when he got out of the service. I just drove away. 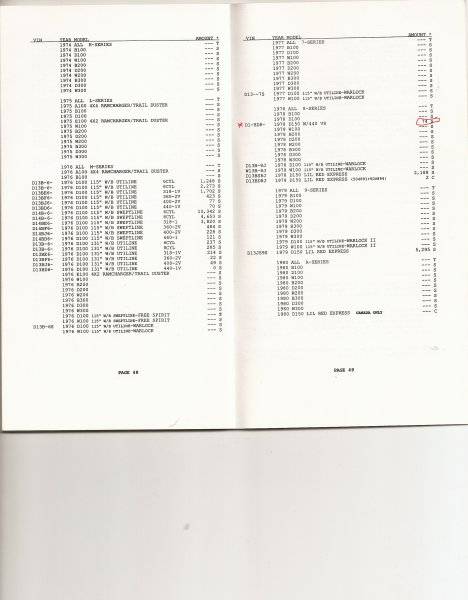 A thread for the strangest Craiglist/Facebook car ads you've seen.