threewood said:
I'm running a Bouchillon cable for the trans. I have an adapter bracket on my current carb that I can probably use with some mods.

What specific issues did you run into?
Click to expand...

I have the Holley Sniper on my 408 engine - running the Lokar kickdown & throttle cables, and also the special bracket for holding both on the rear driver's side flange of the Sniper. At the time I got the bracket, they had only just entered the market...you might find they have black and chrome now.

My excuse for a Lokar cable is that the A100 throttle linkage design is a series of solid rods and pivots etc, much like a 727 linkage...but more intricate, and 'agricultural' as far as responsiveness goes....besides it had been modded and butchered when I got the truck. At 108" total, I have a very long cable throttle...but it works.
D

efi can be a bitch, it took me a while to figure mine out, i bought that 3x2 fitech, getting them synced together the the hardest part, learned the most on face book they have groups there you can join for trouble shooting, was wayyyy helpful, its just like back when you were learning to tune a carb, just x 10 and you need to think like a computer it only works one way, the way it was programmed. good luck, you'll figure it out, just read, read and read.

I called Bouchillon about the 20-7 adapter bracket and talked to Rick. That guy is a hoot. He didn't have anything good to say about the Sniper EFI but said the adapter should work. Once I get it I'll check center of pivot to throttle stud and kickdown stud to make sure they are the same as what I have on it now.

What source did you all use for the constant power in Ign 1 and Ign 2?

I haven't stuck a voltmeter to anything yet.

Since my ballast has been gutted and a solid wire put in its place, I was planning on running the wire to the right terminal (blue and brown wire) 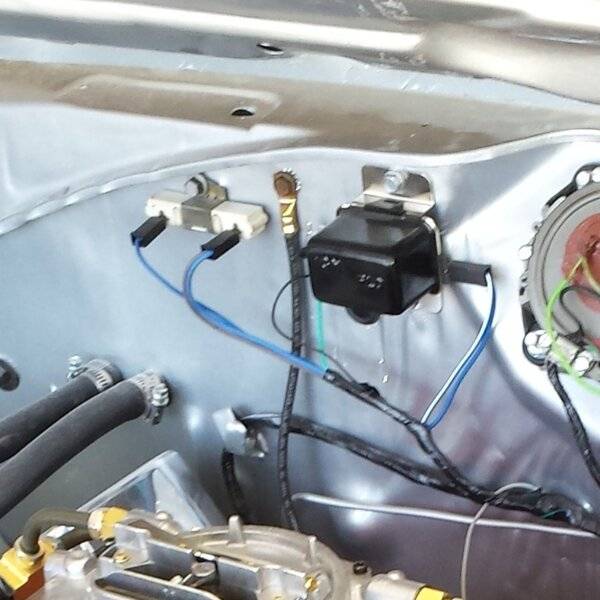 Would be really cool if you put some of mpg changes here; when that time comes.
(it might pay for itself)

I have the same concerns as KernDog, but figure one could keep the old school tech in the trunk if the EFI were to crap out far from home
(prolly never need it, but peace of mind is nice)
Last edited: Dec 11, 2020

No update. The fuel line and fittings I ordered AFTER I ordered the Sniper arrived on time. The Sniper, on the same journey, stalled in Redlands, CA. Probably isn't going to move until Monday. 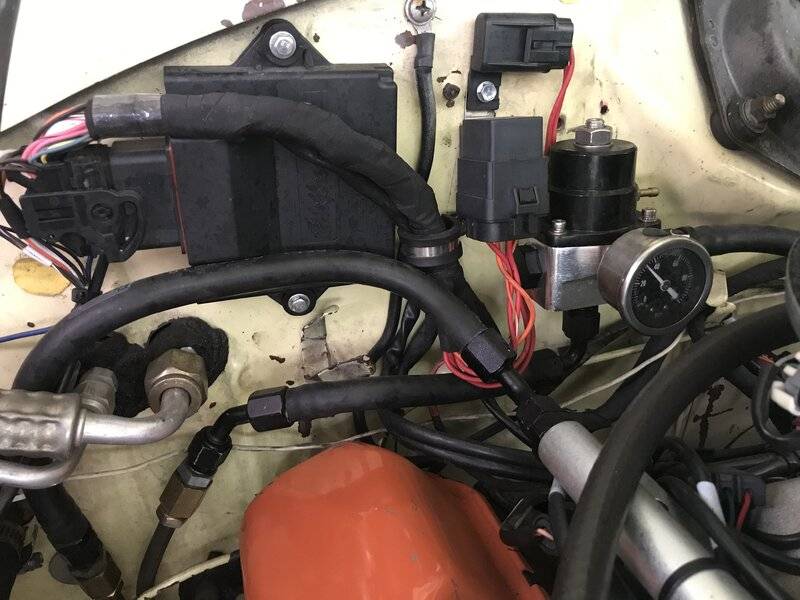 Firewall wiring, plumbing, and hardware got a little busy with the Pro Flo. FYI.
T

Mike67 said:
I love my Terminator, fires right up after 2 seconds with a bump of the key!
Have to figure out the backfire in gear though!!!
Click to expand...

The OP’s backfire, or do you have one too? If so, intake or exhaust backfire?

I have one & trying to get sorted out and am just wondering...

That_Tall_Dude said:
The OP’s backfire, or do you have one too? If so, intake or exhaust backfire?

I have one & trying to get sorted out and am just wondering...
Click to expand...

No it is mine, through the intake.

Did you go with a computer controlled distributor?

I thought about getting the Holley HyperSpark box and distributor but will wait on it for now. It would probably help with fuel economy.

Got notice that the Sniper has arrived!! I'm at work now but have the next few days off to mess with it 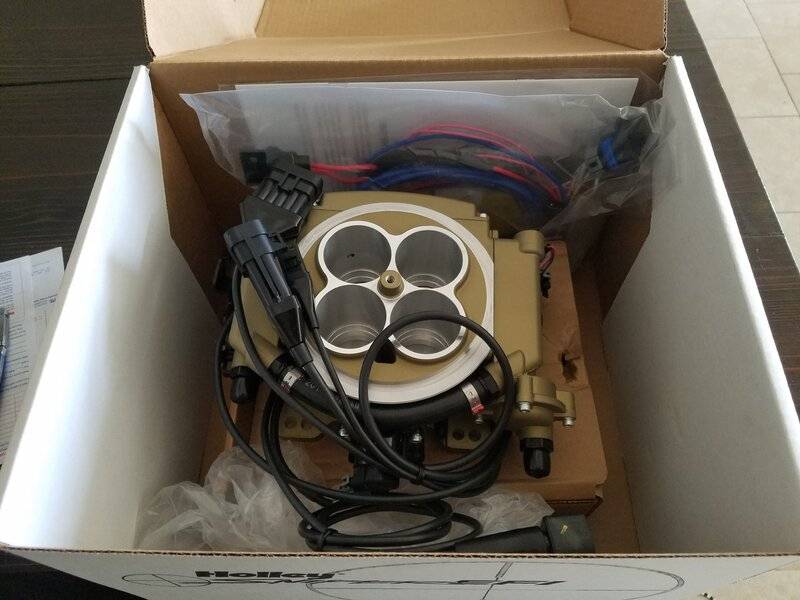 Pulled it out of the box and started messing with it. I have 2 ports in my water pump, stock and a larger one to fit the sensor included. I'll have to remove the stock sensor though so it won't be operational. I have an Autometer gauge below the dash. 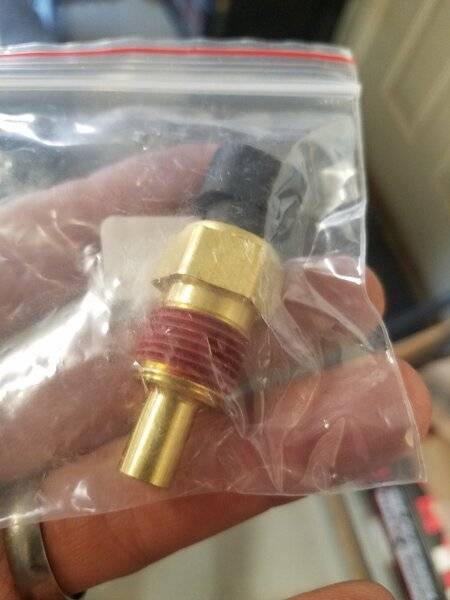 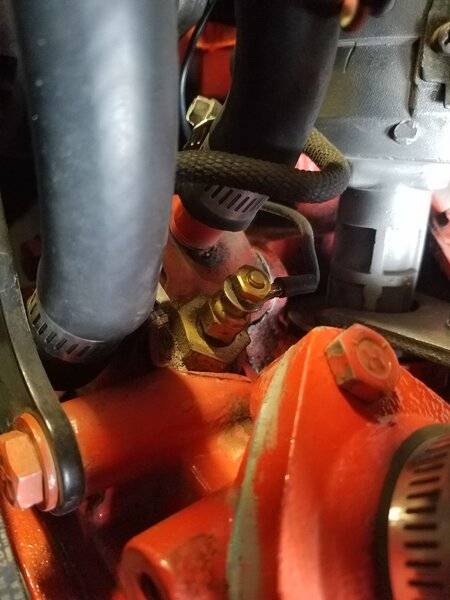 Another issue. My accelerator cable bracket won't fit as is. The timed port and the pcv port are right in line with it. I need to cut out the section and fit an angled piece so I can use the vacuum ports. 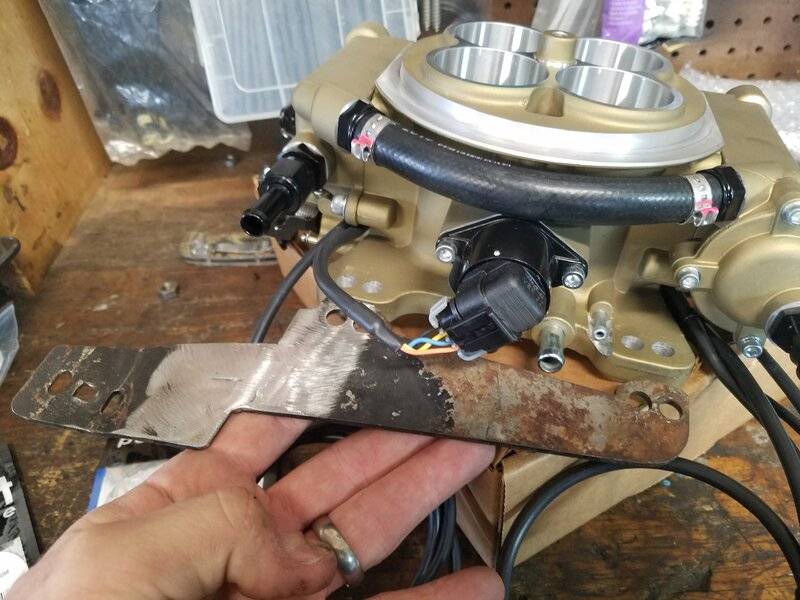 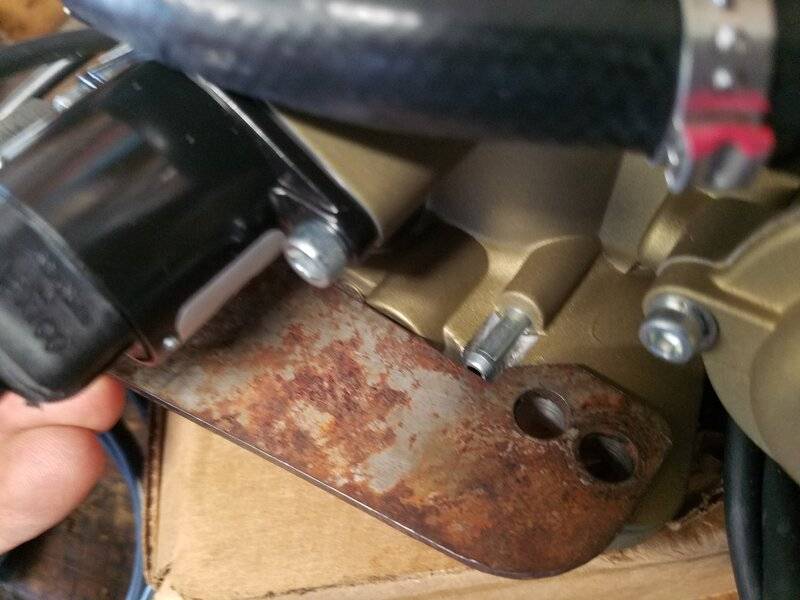 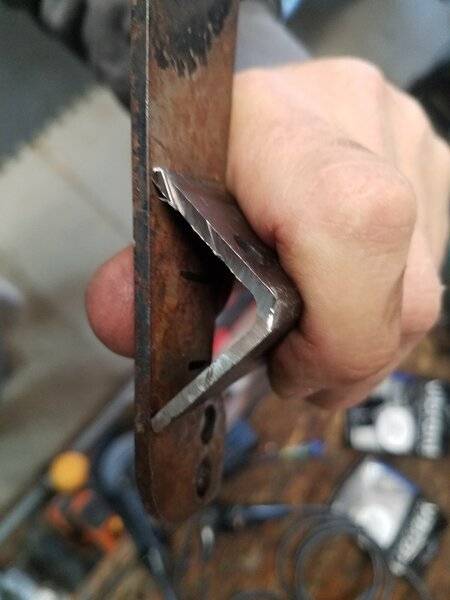 Finally, the wiring for the fuel pump relay had me scratching my head. I have a fuel pump relay already, hooked up correctly. Their relay has the 87 and 30 wires switched. I'll wire it up as mine is currently. 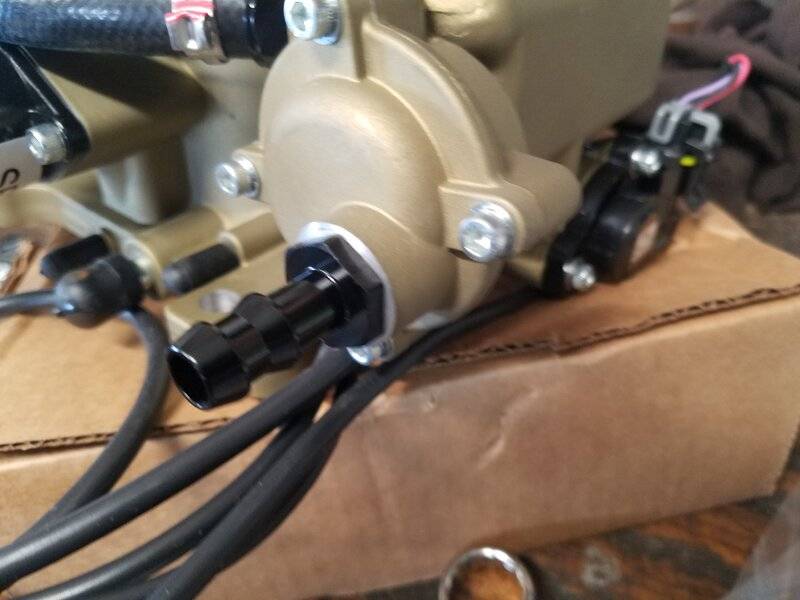 threewood said:
Got notice that the Sniper has arrived!! I'm at work now but have the next few days off to mess with it
Click to expand...

Make sure you have your Christmas shopping all done. It would suck to get elbow deep in this project and pop up to see it is 12-24 and you have a BUNCH of shopping to do.
That is why I am delaying my Tremec 5 speed swap a little while.

CoronetDarter said:
You have no idea....
Click to expand...

Threewood, first of all I have a FiTech; the Sniper might be a more reliable product given Holley's decades of OEM experience in the automotive industry. I'm leaving out all the dozens of minor issues, highlighting just the main ones:
- After less than 3 years the electric fuel pump in the Fuel Command Center died. That's the incident Kern so eloquently referred to in #13.
- Ditched the FCC, went with an intank setup from Tanks Inc.
- About a year later, the engine died while driving down the road. I was able to restart, turned around to go home. Died about 1/2 mile away. Restarted, made it home, died again pulling into the garage, wouldn't start again. Returned the TB to FiTech and they sent me a Gen II unit ( 4 + 2 harness vs. the original 6 pin harness)
- The TB has a heat soak issue. It starts when cold and now runs fine but won't start once it hits operating temp and the engine is turned off for over 10 minutes. The IAC steps are in spec, the prime multi setting has been increased, decreased, left the same. Warm start setting has been enriched. I have to take off the air cleaner, spray Starter Fluid down the venturis to finally get it to start.
- This last spring the handheld controller died. I swapped my neighbor's handheld and it worked so its definitely the handheld. FiTech doesn't sell the current version anymore, have to fork out another $200 for the newest version. So over the course of five years, all three major components of the system have had to be replaced.

My somewhat flippant remark wasn't directed at you Threewood, instead it was aimed at the potential reader who is considering switching from a carb to EFI. The marketing narrative that switching to EFI is only $995 and a Sunday afternoon installation is false. You already updated the fuel delivery system which is the hardest part of the conversion. I get that lots of people have installed EFI with little to no issues, and I sincerely have nothing but best wishes for your install.

threewood said:
I'm running a Bouchillon cable for the trans. I have an adapter bracket on my current carb that I can probably use with some mods.

What specific issues did you run into?
Click to expand...

BTW, Lokar makes a Sniper specific bracket for the throttle and kickdown cables (using their cables of course).

I was trying to keep things anonymous !

Kern Dog said:
I was trying to keep things anonymous !
Click to expand...

I appreciate that. The main takeaway from that incident is go with an intank pump.
You must log in or register to reply here.

What is all needed to convert to EFI?