Looking for recommendations for a black alternator. I have a black serpentine kit and would like alternator to match. Thanks

You could get one of these and change the pulley:
https://moparconnectionmagazine.com...-alternators-for-vintage-la-b-and-rb-engines/

Tuffstuff got the black finish option too

Really don't want a one wire alternator. I was going to run battery in trunk. If so I'd have to run a wire from alternator all the way to trunk plus a wire from trunk to starter. Hmm

19 69 GTX said:
Really don't want a one wire alternator. I was going to run battery in trunk. If so I'd have to run a wire from alternator all the way to trunk plus a wire from trunk to starter. Hmm
Click to expand...

Don't you have to run a battery cable to the starter?
Mike

I still have a really nice black alternator with an aluminum 8 groove pulley from CVF already attached. Alternator is the Tuff Stuff model 100amp model. It requires an external regulator.
This sounds like what you might need/want. PM

Power master has one also 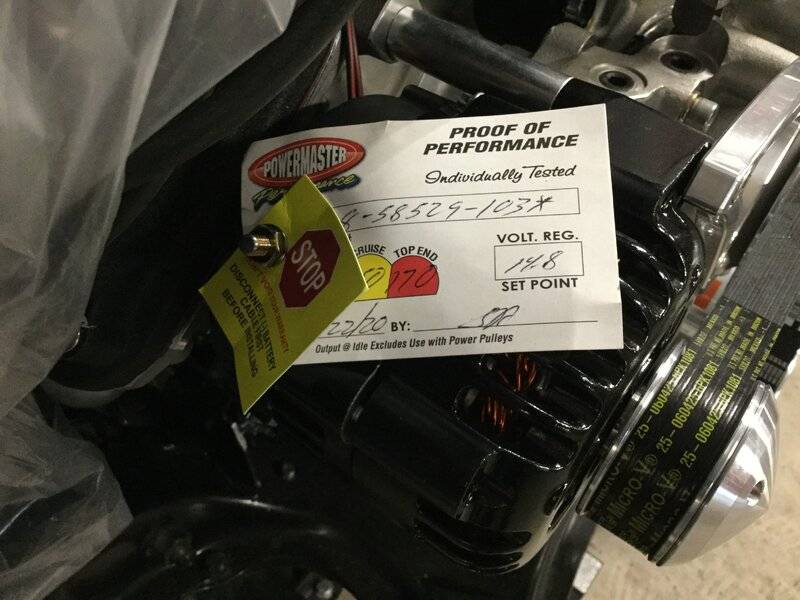 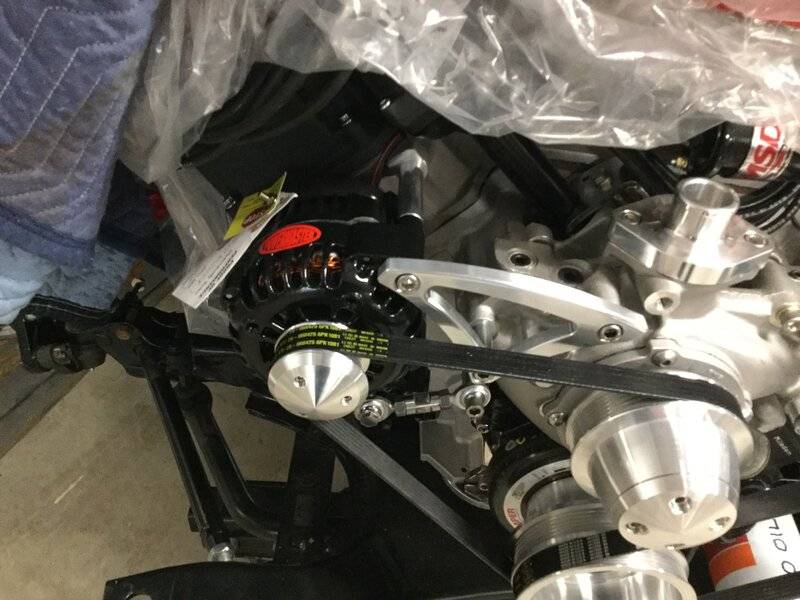 Ill get u that when I get home. I ordered the tuff stuff one returned it can’t remember but it didn’t work for my application,

Send your alternator to Cuda chick and have it powder coated. 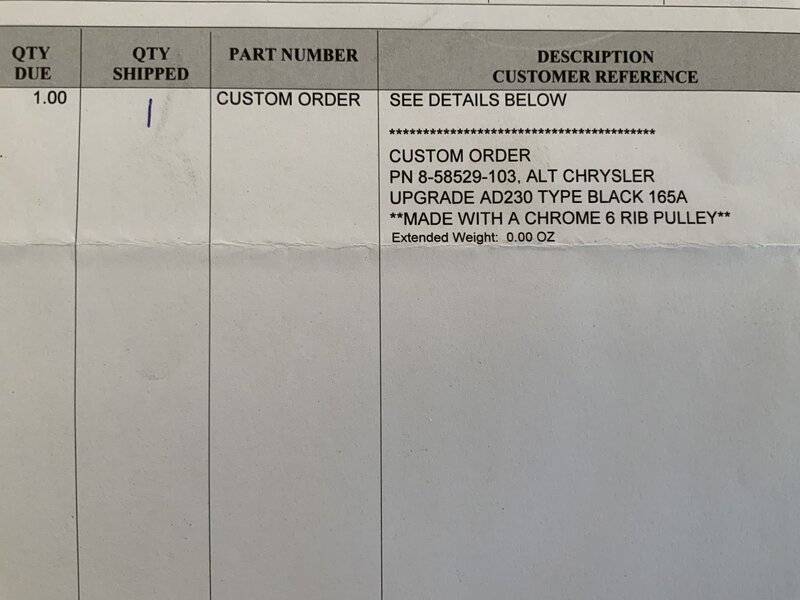 CVF Racing has my vote. I've got their serpentine setup and their stealth black alternator. Love the stuff and they have a lifetime warranty.

themechanic said:
Send your alternator to Cuda chick and have it powder coated.

Thanks!! They're a good bit of masking and plugging but they turn out nice.

I like better the TuffStuff alt. They are the older version, so more "correct look" if the therm fits here.

Aside the Powermaster alt being based on the revised version of the squareback alt its also a bit wider ( couple of milimeters or so ), so ON SOME SETUPS it can fit really tight. Personal experience using the revised alt version! I had to trim out a bit the rear alt spacer and get longer belts because alt meets the block on bearing are at case. 74 B block. Longer belts are a problem with A/C because it makes more belt slapping when turning A/C on. Not a problem on those with the belt iddler pulley installed on some lates 74 setups, but those what don't get the iddler pulley... mmmmm. It reachs the upper rad hose untill cut it due the higher alt position and the larger slapping
1

Was thinking about this one. On the the description it says one wire capability what's that mean. Figured it's one way or the other. Also would I be able to just have my 8 rib serpentine pulley pushed on.

Out of curiosity, what was the advantage of switching to the new belt drive arrangement (not a true serpentine system where one belt dtives all accessories) vs the origional belt drive arrangement? It appears that the alternator sheave is larger diameter than stock and the crankshaft sheave is smaller diameter than stock. Wouldn't that result in lower alternator RPMs and corresponding lower output voltage and current, especially at idle? If so, then, the new alternator will likely NOT live up to your expectations or requirements. Is the physical color of the alternator a requirement? Just trying to understand your issues.....
BOB RENTON
You must log in or register to reply here.