This came up at home today when my son was arguing with a friend about the original Star Wars movie......and I settled it by saying I should know, I saw it when it was first released.

I took my younger brother & sister....I was only about 13 at the time. It was a big deal to us, because we lived on a farm 15 miles from the nearest city. We had colour TV at home, but the pictures was next level back then. We went to the local amusement arcade after the movie, and played for a while trying to grab toys out of the cage.

"Blazing Saddles" with my parents in the theatre 1974. Not the kind of movie that you'd take a 5yo to today, but the '70s were a different time.

First one I can remember was Disney's "Jungle Book". Would have been late 60's...
Mama loved Disney stuff back then, but also loved Gone With the Wind, which I never
managed to sit all the way through - to this day even.
Z

Sword in the stone.

I recall going to see "The Shakiest Gun In The West" with my parents, which came out in 1968 when I was 9, but it was so long ago that I can't remember if that was the first move I ever saw or not.

I remember when I was about 15, my parents went out with their friends to see Quadrophenia..... I was gutted that I couldn't go along also. Probably in hind sight it was just as well I didn't. My parents are relatively young, but not stupid.

Saw Jaws in a drive in movie theater and it scared the crap out of me when I was a kid. The next one I remember was Close Encounters of the third kind. This is me standing in front of Roy Neary's house from the Movie. It's in Mobile AL 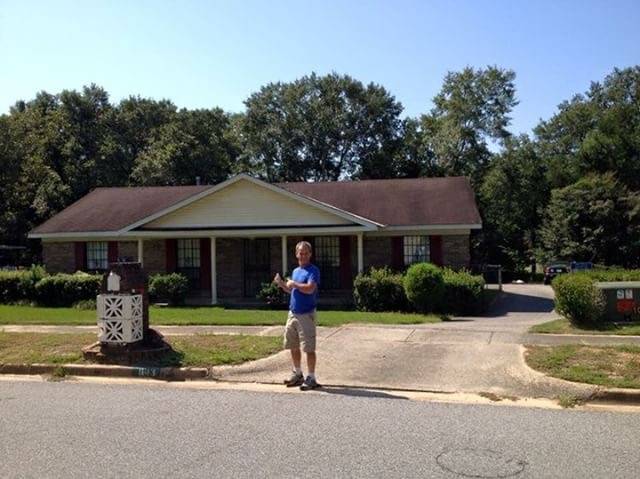 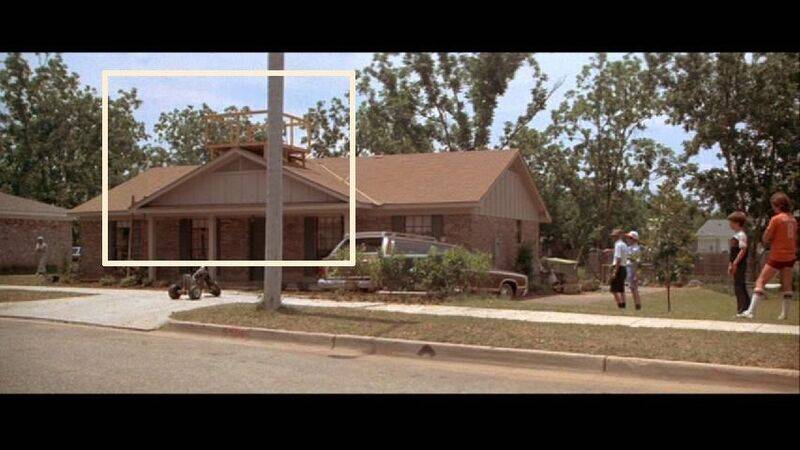 Julie Andrews in " The Sound of Music "

All us kids were singing those songs for weeks....
"The Hills are alive..."

I believe my first movie at a picture theatre I was with my brother and our cousin we were just little shits not sure how old but we watched a Ma and Pa Kettle movie. I have no idea which one.

We didn't have an indoor theatre in our small town. First one was after basic in SC and was Jaws. Went with a few of the guys from AIT. 1975.
6

Old Yeller with my family. In our local theater-$0.25.
Mike

One of my favorites, actually my favorite list includes all Clint Eastwood westerns.

Either Sound of Music or Fantasia. My mother made he choices. The first one that I really recall was " The computer wore tennis shoes" with Kurt Russell

I remember some early theater attendances:

Song Of The South

Charlie And The Chocolate Factory

My first drive in experience was an Ian Fleming double feature with my aunt and uncle and 2 cousins.

I had nightmares about that pincher arm for a few months.

I also saw Star Wars on the first release, although it was a few months after the initial "lines around the block and people camping out over night.
There were still long lines. Twice the length of the mall but still all inside. I believe the wait was 4 hours.

Used to live in a town of about 35K maybe and was within walking distance to a theater....and was probably in the 2nd or 3rd grade the first time going there but heck if I remember what I saw lol

Went to Grease in 1978, I believe, with my sister. Made me a Olivia Newton John fan for life, lol.

Good grief, my memory isn’t that good. We used to go to the drive-in when I was pretty small. I remember seeing a lot of John Wayne westerns, and Hatari with John Wayne. Then there were the Disney movies my Mom would take us to like Fantasia and adventure movies. No idea what was my first.
You must log in or register to reply here.

Women that you dated and the red flags that you DIDN'T spot until after the fact! The saga of the 15 year old!
2

The Nuge in my 'hood!

Goal: Making the first local Cruise-In of the Year!