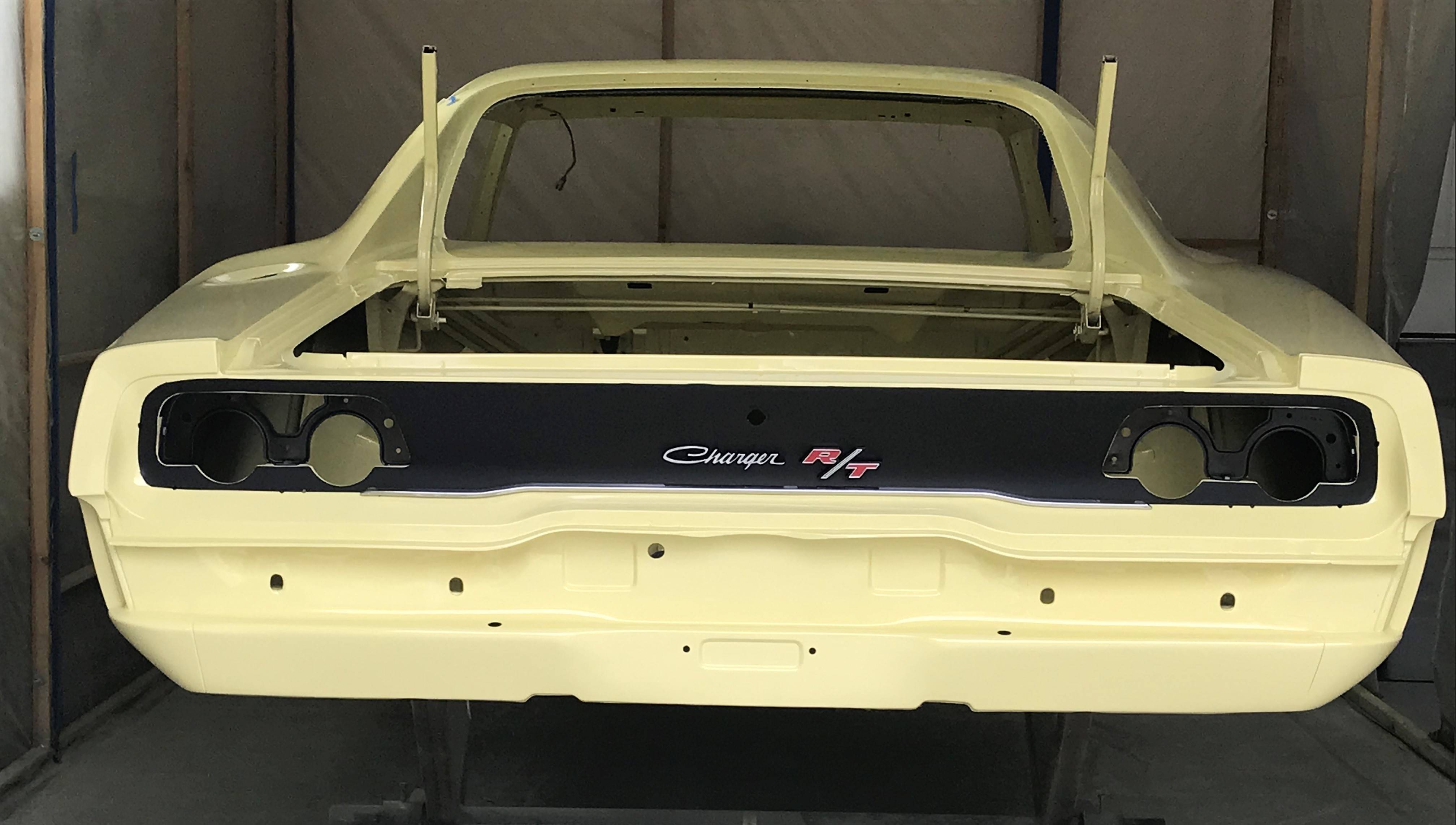 This project started out with a running, driving, licensed 1968 Charger R/T that was my daily driver for several years. Then I decided that it would be a good idea to take it apart and cherry it out...over a decade into it so far. Painting it factory (SS1) Sun Fire Yellow. Since this is real XS number matching Charger I'm going to be gentle with the mods. Mostly bolt on goodies that any Mopar purest wouldn't have a duck fit about when I eventually sell the car. Had to replace the typical areas on these Chargers, trunk floor and extensions, quarters and lower rear valance as well as the front aprons. Floor was remarkably solid only requiring a couple of small patches around the toe boards. Frame rails are solid as well as the torsion bar cross member. Pretty much cancer free now.
Share:
Reddit Pinterest Tumblr WhatsApp Email Share Link

FYI Bob here's where I put mine 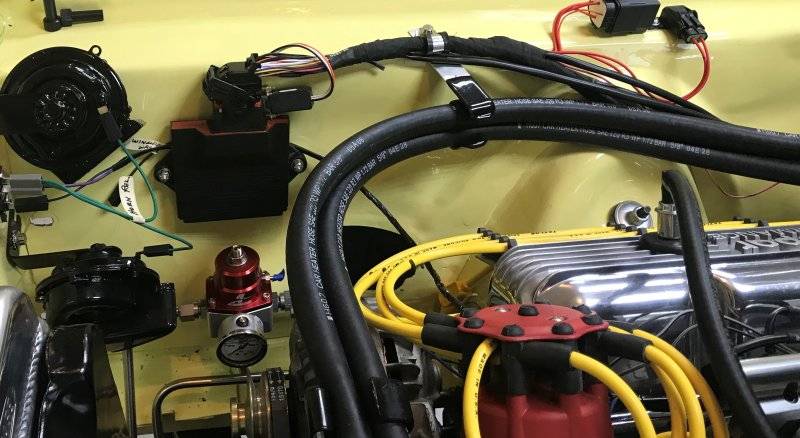 FYI Bob (440plus6) here's where I wound up mounting mine. Trying to keep things easy to get to.. 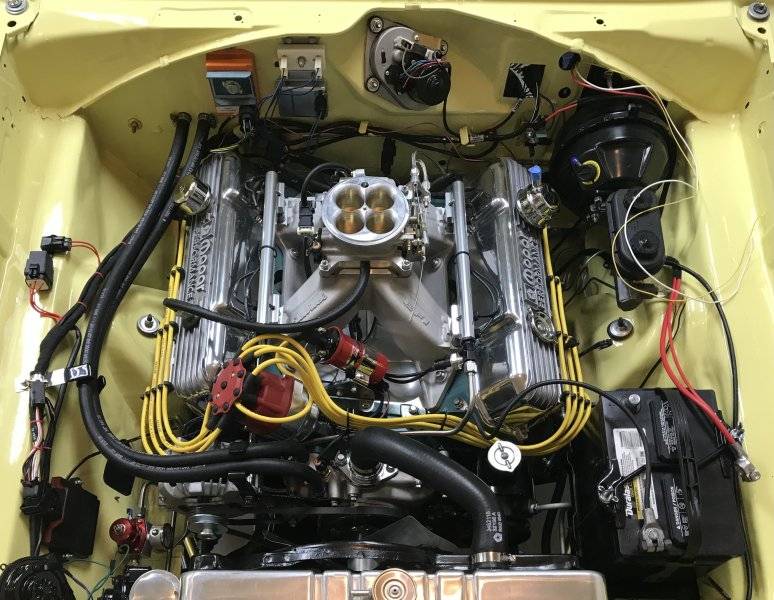 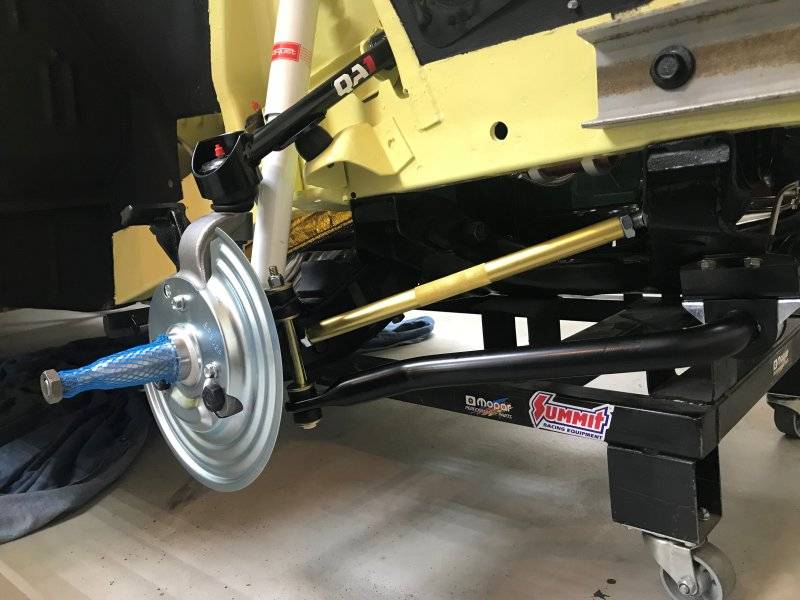 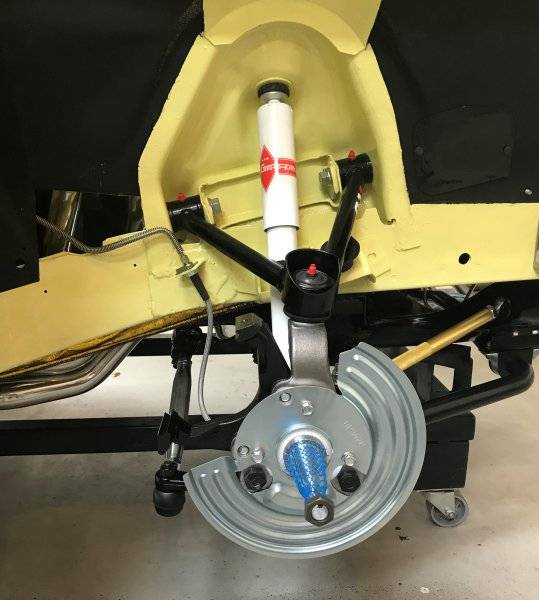 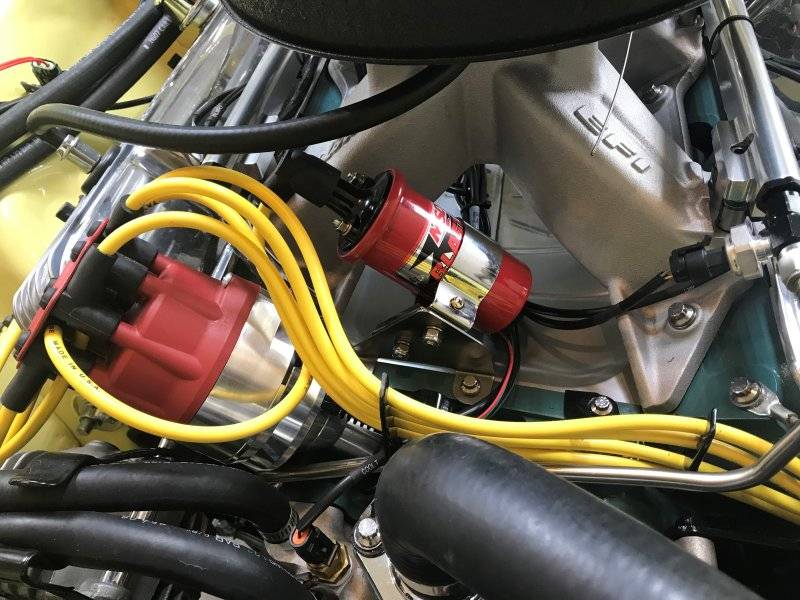 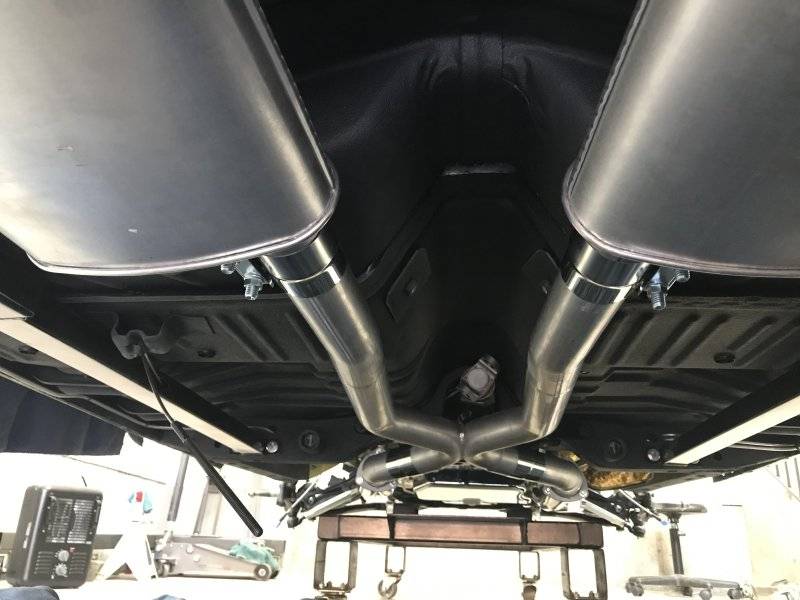 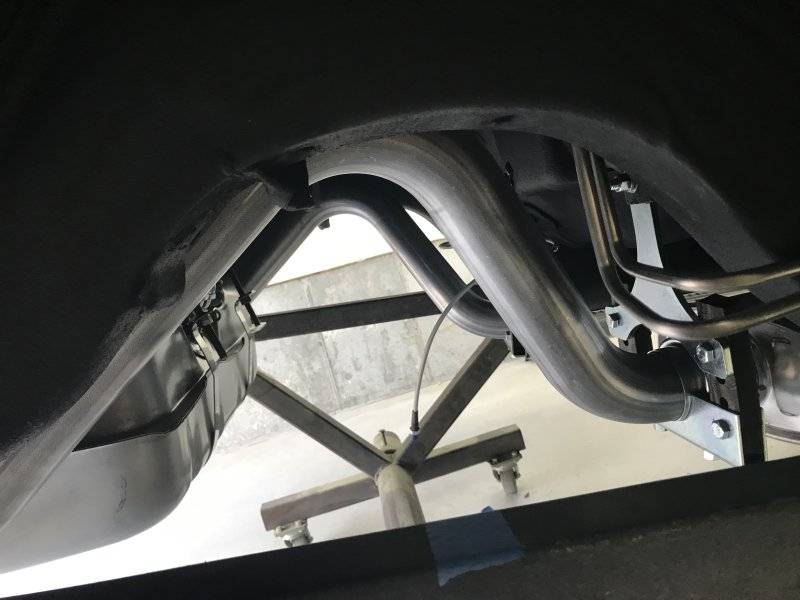 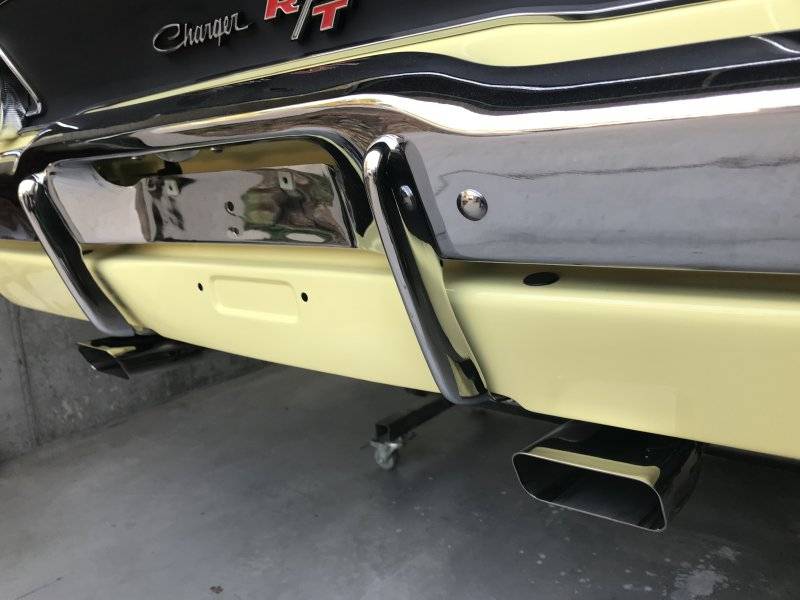 Nice work!!
Meticulous! You will never be unemployed. Aerospace needs you.

Thanks brother, doing my best...

S&S BIRD said:
Meticulous! You will never be unemployed. Aerospace needs you.
Click to expand...

Thanks brother, I appreciate it
Looking good. Can I ask what exhaust that is?

Thanks. I was considering going with the TTI exhaust kit on mine. Looks pretty good! Please let me know how the fit is once you get it all installed.

Will do
you are doing great. keep up the good work and like the sunflower color.

bearman said:
you are doing great. keep up the good work and like the sunflower color.
Click to expand...

Thanks bearman.
Hey gorgeous car! May I ask where you found your power steering pressure hose at?

91r/t said:
Hey gorgeous car! May I ask where you found your power steering pressure hose at?
Click to expand...

Yearone
ABSOLUTELY beautiful .. my dream car.. can't wait to see it together.. Nice work.. wish you were closer I'd come over to work on it.. has this been since '07
Nice! looking forward to seeing that come together..

That's when the endeavor started. I entrusted this restoration shop in Texas to do the work and well... it went sideways like so may others. After having to move a couple of times I'm getting the chance to move this forward. All the hard work is done, paint, assembly and finally get the ole girl back on the road for some long deserved burn outs...

Mattkowalski said:
Nice! looking forward to seeing that come together..
Click to expand...

I appreciate it brother. I'm looking forward to that as well.

Wow Great work
New bearings, wiring and crush capsules some lipstick and boom a brand new 50 yr old steering column.
Walnut steering wheel doesn't hurt either...
It's like a kid walking through a candy store. Keep it up. 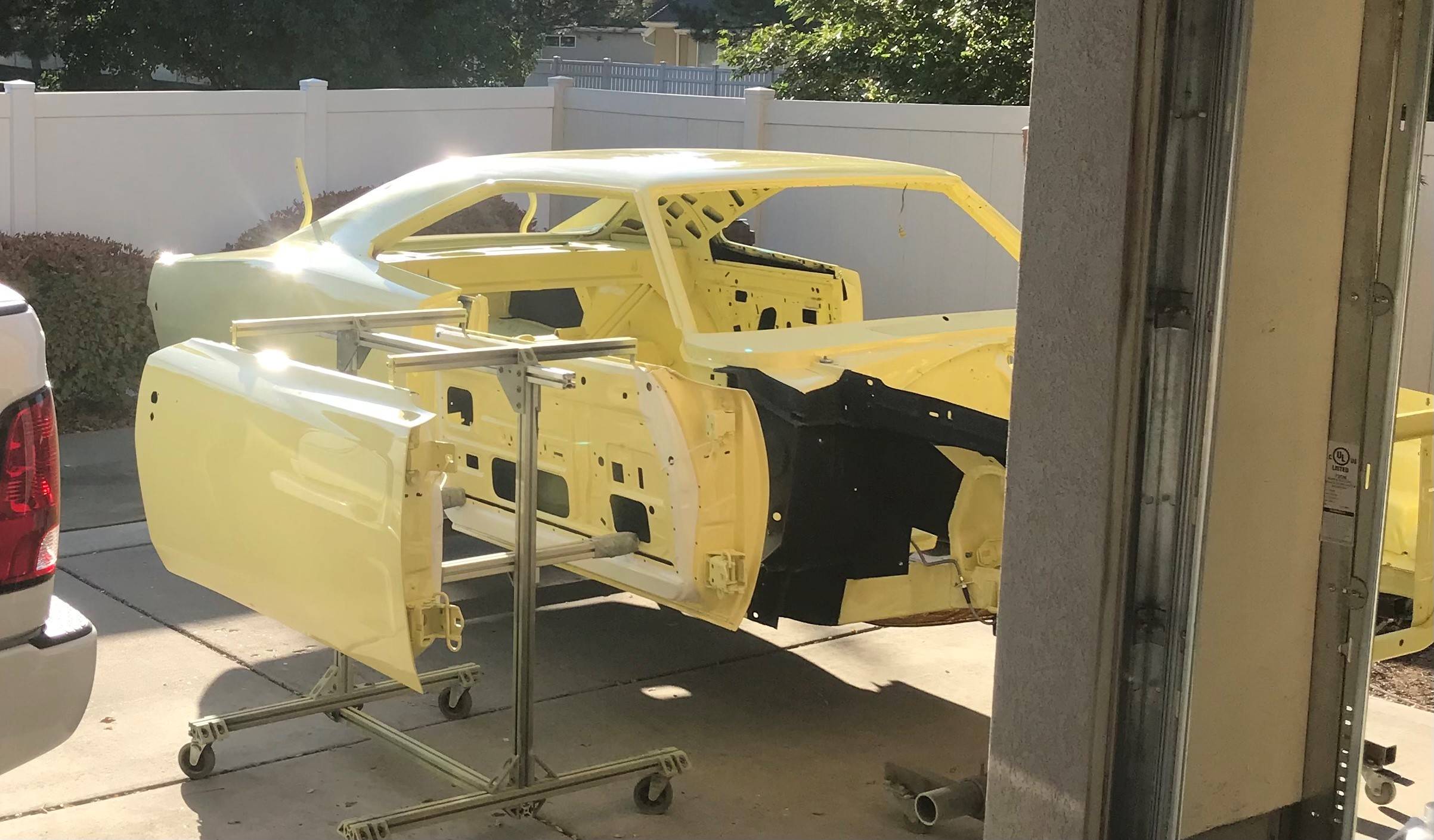