Are you up to speed the Slab car culture?

It came out of Houston and is still mainly a Houston thing. Just to totally honest it's a Black thing. It started with the '83 Cadillac Eldorado. Cragar made a wheel called the Star where the wire wheel center protruded about 4 inches out from the center. That became hugely popular so the aftermarket caught on and the trend took off making the wheels go further and further out. I think the furthest is the Giraffe Poke which is 24". There are a bunch of other flashy modifications that go along with the trend including lots of chrome and window shattering stereo systems. Once the older Cadillacs were gone they moved to Oldmobiles and Pontiacs. Now the new larger Dodges have become acceptable.

Problems arise with these cars because of the costs involved. It isn't wise to drive alone in one of these Slabs as you will most likely be murdered just for your set of wheels, so you travel in a pack, usually with cars all painted the same color. Color choice can also be an issue due to different gang affiliations it's best to go with neutral colors.

Rolling car shows are common but problems arise here too. Because of the Ben Hur nature of the wheels, body damage is common and costly between cars. Motorcyclists are usually proving their high-speed wheelie prowess through the weaving Slabs so it's a volatile mix.

I don't think I will be attending a meet any time soon. 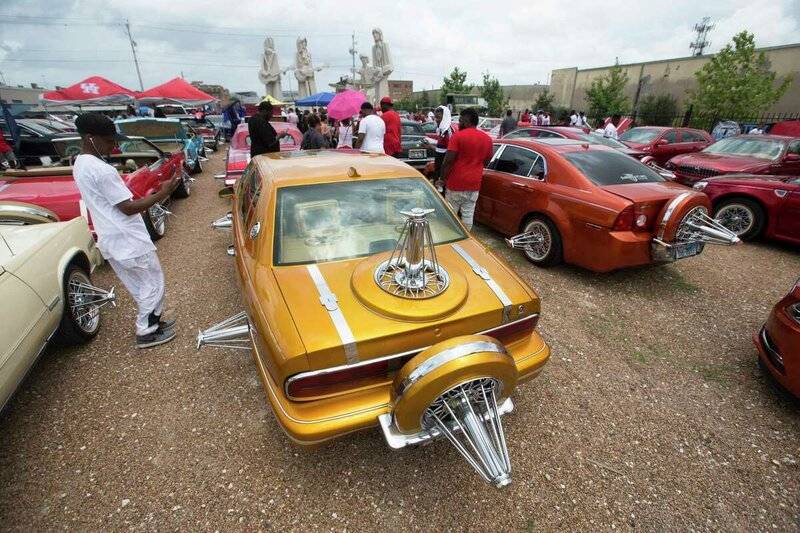 Some say it stands for Slow Loud and Bangin.' Others say it just means a custom car you put out on the concrete slabs of a Houston freeway.

Stanton said:
When ya got absolutely zero taste ...
Click to expand...

It may have started here. 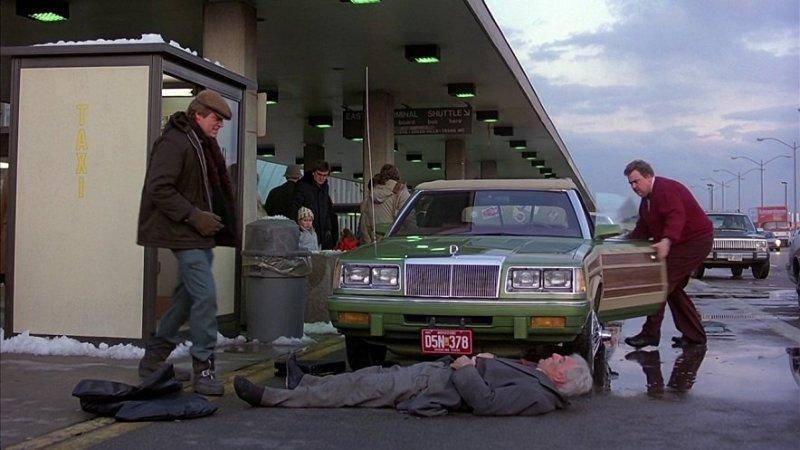 Bunch of hood rat lemmings. I looked up lemmings and some of the info applies I think, lol. https://en.wikipedia.org/wiki/Lemming
Last edited: May 22, 2022

It would be entertaining to see one go through an automatic car wash.

I knew once I bought a set of wheels for the Plymouth, I would see something I like better!!!!!

After seeing that, I am thinking; Kontinental Kit for the '64! LOL

"It's your car. Do what you want to and to hell with what others think!"

You know you really don't mean it and people take it to heart.

You'd better be paying attention to your shins & your "wedding tackle" when you're checking those things out!

Scott Engelhardt said:
I knew once I bought a set of wheels for the Plymouth, I would see something I like better!!!!!
Click to expand...

Wonder how many of those wheel centers get damaged or torn off just trying to drive out of the parking area.

And they wonder why they get labeled as Tribal!!

Will they fit through a standard garage door ?!?!?
D

You know you really want a set!
You must log in or register to reply here.

Time to Sell the Charger... Need Some Advice!

Superbird clone/tribute car As close to the real thing as I'll ever get probably. Where do I begin?
2