Frustrated with my car

My 68' Charger R/T has been giving me some gremlins that I am tired of. I have 2 issues with it that is making it very hard to enjoy.

1. My transmission has been leaking for a long time. I replaced the pan gasket 2x myself. I've spent well over $700 in 3 different shops trying to fix it. The pan gasket was changed, the o ring at the speedo cable and the downshift rod was changed. A few other items also and it is still pucking on my floor. I drive it a little and put it back in the garage and out it comes over time. I'm really tired of putting fluid in and cleaning it up. One shop said it was the power steering pump so I changed that out along with new lines... still leaking.

2. If I don't start the car every 2-3 days it is almost impossible to start. I have to crank and crank it or add starting fluid. It will fire right up if I keep starting it. The longer it sits the harder it isto start. Then when I let it idle or if I take it for a ride it will just shut off... when idling or driving.... not fun. It will fire right back up but will again shut off at some point. Almost liek something has to heat up that it cuts off. It doesn't sputter or anything it just turns off like the key was turn.

Any advice help would be much appreciated. I wish everyone and their families a Happy Thanksgiving!

Rear band lever pivot pin is probably leaking...wipe everything clean and then fold up some shop towel in the detent. 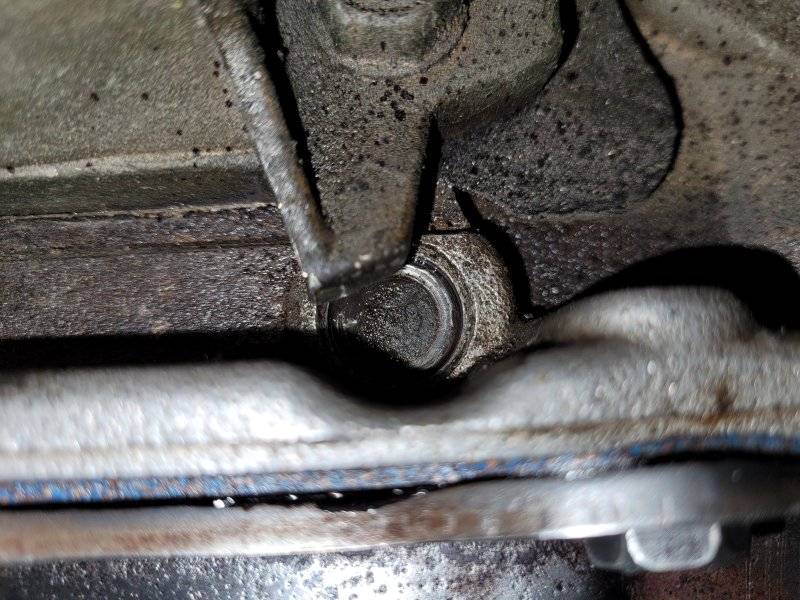 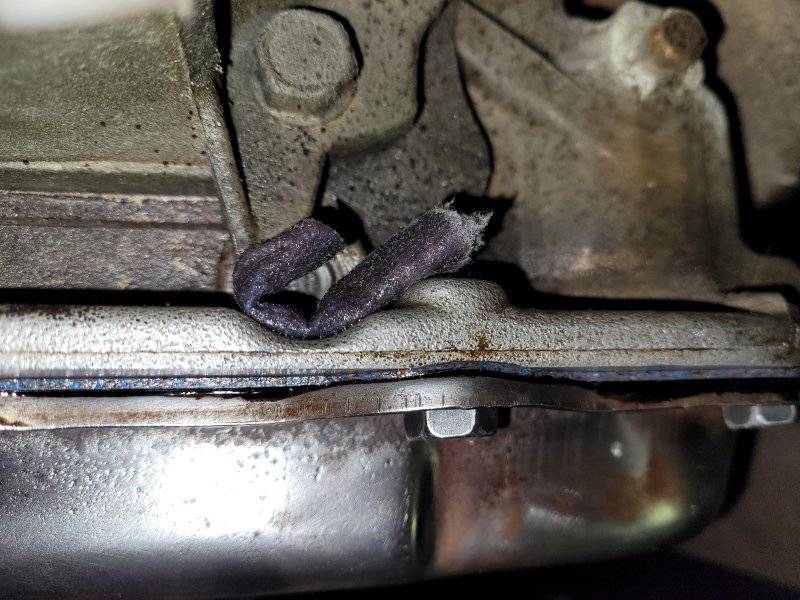 Please avoid using starter fluid except in extreme emergencies unless your looking to burn a hole in a piston. Hard starting check to see if your maintaining fuel in bowl or mechanical fuel pump is failing.

1. Could be the shift selector seal.

2. I would suggest checking for any loose electrical connections. Check spark in the start position.

I had a bad transmission bought new through Jegs. Turns out it was a Hughes Performance built 727. Ended up having to send it back from Georgia to AZ. The car would run and shift just fine and not leak a drop. But if you parked it over night it would puke out all of the transmission fluid. I have a huge stain in my driveway because it did it twice. I spoke to HUghes performance they suggested that the snout on the torque converter had a gap between it and the seal. I finally crawled under the car had pulled the transmission back out. Checked the torque converter and it was all good. I then replaced the transmission and put new fluid back in it. Drove it and parked it came back out the next morning and puked it all out again. This time I crawled under and pulled the inspection plate and saw a stream of fluid coming from the front pump bolts. Apparently the bolts they put in were too long and bottomed out before they would tighten down. They paid to ship it back and sent it again once repaired. Been fine since.

Install another Coil on the engine as a test.
Give that a troubleshooting test.

It won't start because the fuel is evaporating. Two fixes; pull the air cleaner lid and fill the bowls with a squirt bottle of gas. or add an electric pump. Trans leak; clean it off good with brakleen. Puff some baby powder around the edge of th epan, the lines, in th ebell housing. See where it gets damp and trace it.
Doug

A leaking dipstick tube o-ring is often mistaken for a leaky pan gasket. I had to find a little fatter o-ring to get mine to finally stop leaking.

Then when I let it idle or if I take it for a ride it will just shut off..

The op states that the car will just "shut off" at times, even when driving it, leading me to think the coil has crapped out on him.
An Electrical problem, not fuel, as once the car starts and runs, the drain back of fuel out of the carb has been eliminated.
Unless there are two issues with the hard start, electrical, and fuel.
Some troubleshooting will get it all figured out.

Happened to me recently. New coil fixed it.

Old cars leak fluids unless everything is fresh, and even then. Seal design is much better 50 years later. Buy a few big drip pans to lay on the shop floor and you will be happier. Much easier to clean the pan than the floor.

Okay, I'll take it off your hands.

Think simple things first. It's not that complicated. Good suggestions on here so far.

Regarding transmission leaks, I have tried a few things without complete success. I use the pan gasket from newer A-518 trans with steel core and o-ringed bolt holes. Gasket requires longer pan bolts. I also use a deep oil pan, with factory 8 quart fill, instead of additional fluid. This way there is some room in the pan for torque converter drain back fluid. It requires a filter extension. Measure depth of stock pan, then measure depth of deep pan. Difference between the two is the length of filter extension you need. Even with all this, I still had some small leaks. Out of desperation, I tried Lucas transmission stop-leak. This has pretty well stopped it. I also park my old cars on big sheets of cardboard. Most of these leaks are caused by torque converter drain back putting more pressure on seals. If car has been sitting for a while, start the engine in neutral to allow converter to refill faster. Let the engine run for a minute or two before shifting into gear, to allow converter to refill.

Yes, the hard starting is because of the type of fuel we have to use these days.
Yay EPA...
It evaporates quickly from the bowls of the carb and you have to re-prime the whole
thing every time you start it, so as others have said - you either hand-prime the thing,
install a small electric pump inline to do it or you do what us lazy folks do and just crank
the rascal over until he pulls his own up from the tank.
7

Car stops when you are driving it
Do you have a single key in the ignition switch or a big gob of keys and things hanging from the ignition key ?
The switch in the dash itself could be worn and just bouncing down the road and extra weight will work it loose to stop power in the circuit
Next time it tries to stall on you wiggle the key to see if it will keep running

Next time you run the car and it shuts off see how hot that coil is. Check it for cracks or leaks. They are oil filled and will spew oil out if the top cracks.

2-3 days shouldn't result in being that difficult to start. I can let mine sit for 2 weeks and it starts on the 2nd try at the most. Check that your choke is fully closed, assuming you're running a Carter 4429, check that all fuel line hoses are clamped tight, also check the length of your fuel pump pushrod and see how close to 3.22" it is.

My Satellite is a porker!
2